Unfortunately, shortly after Brad and I got engaged his grandmother passed away. The family decided to give her furniture and housewares to get us started.

Fast forward to many years later, we still have and use much of that furniture, however some pieces were in better shape that others. Our dressers for example: 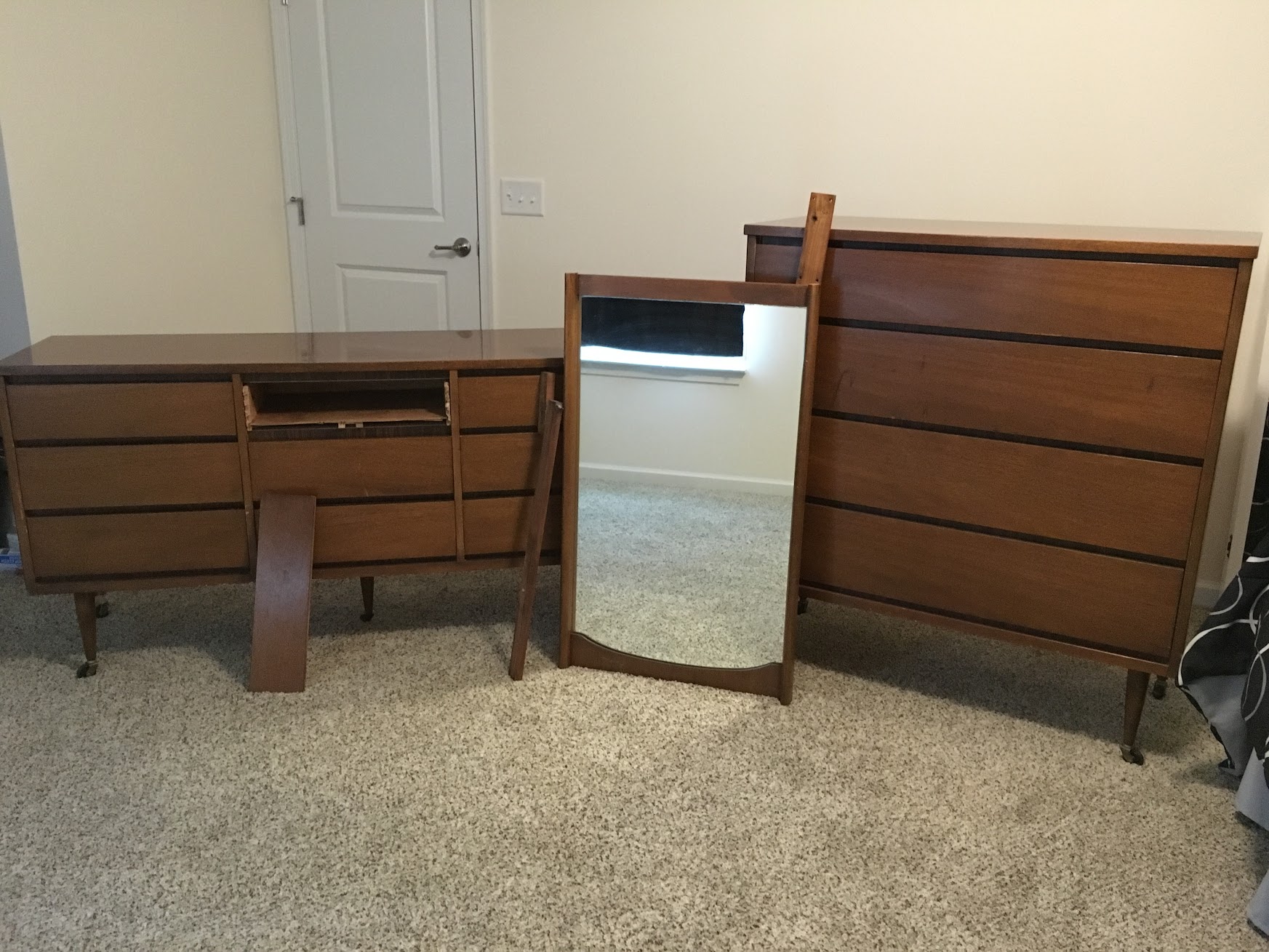 The set included a tall dresser that was in decent shape, with a few scratches and marks on it. There are also a low dresser with a broken off drawer front, cracked legs and lot of nicks and scratches. There was also a mirror that attached to the back of the dresser to make it a sort of vanity/dresser combo, but the supports were broken. Since our bedroom was furnished in black, white and gray, the wood tones of the dressers weren’t really working.

I decided not to work on the mirror at the same time as the dressers.

The first step in the dresser rehab project was fixing the low dresser.

I removed the casters from the legs, the caster was actually contributing to the split down the back leg of the dresser. I used wood glue to secure the leg back together. Next I fixed the drawer front. It had been fixed with some sort of wood putty and nails at one point that clearly didn’t hold it. I cleaned the old putty out of the dovetails of the joints and used my own wood glue to securely affix the lined up joints.

Once the glued parts were dry, I cleaned both dressers and removed the drawers. Next, I painted them with black enamel paint. The paint I used was DecoArt Americana Decor Satin Enamel 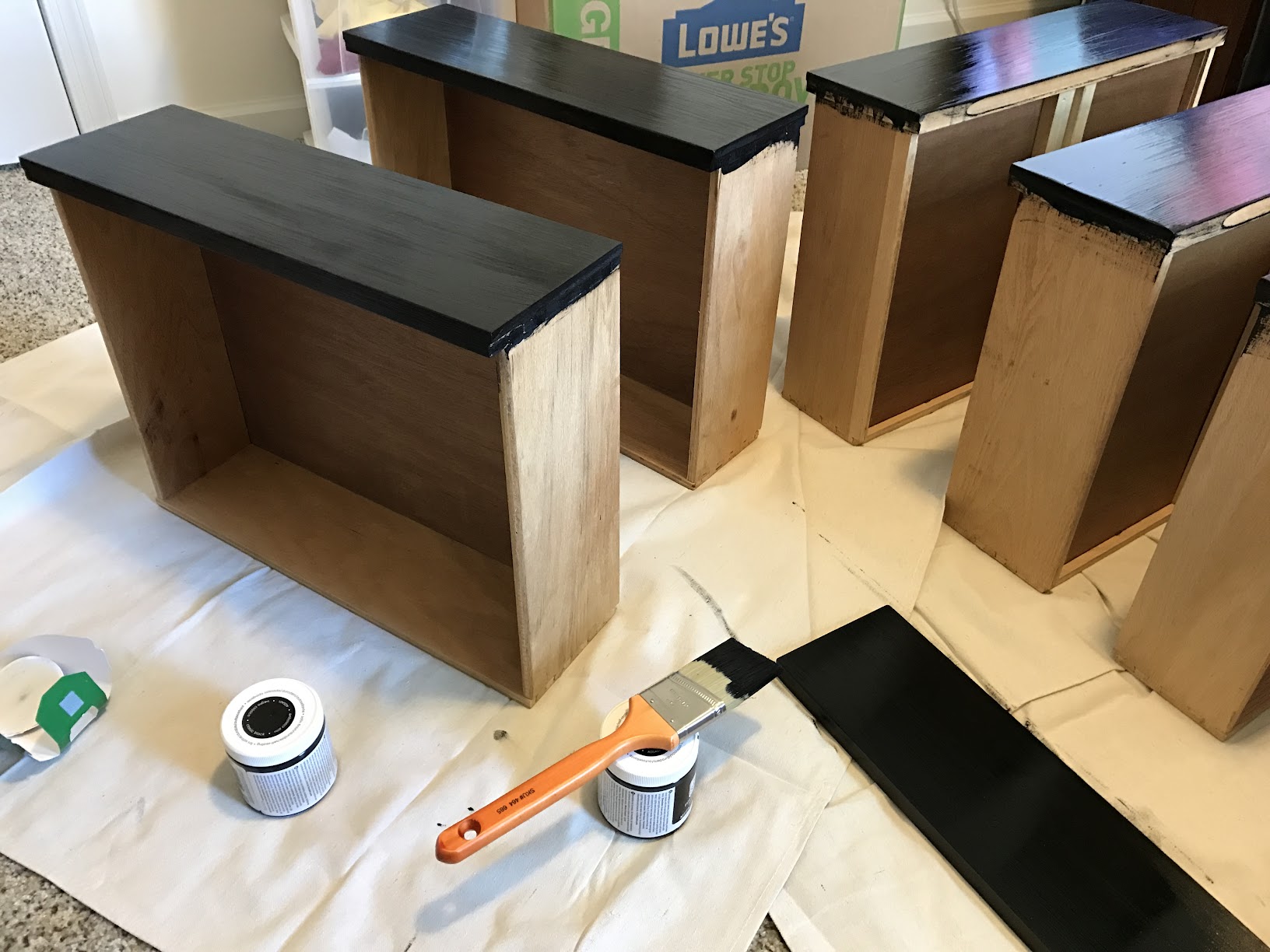 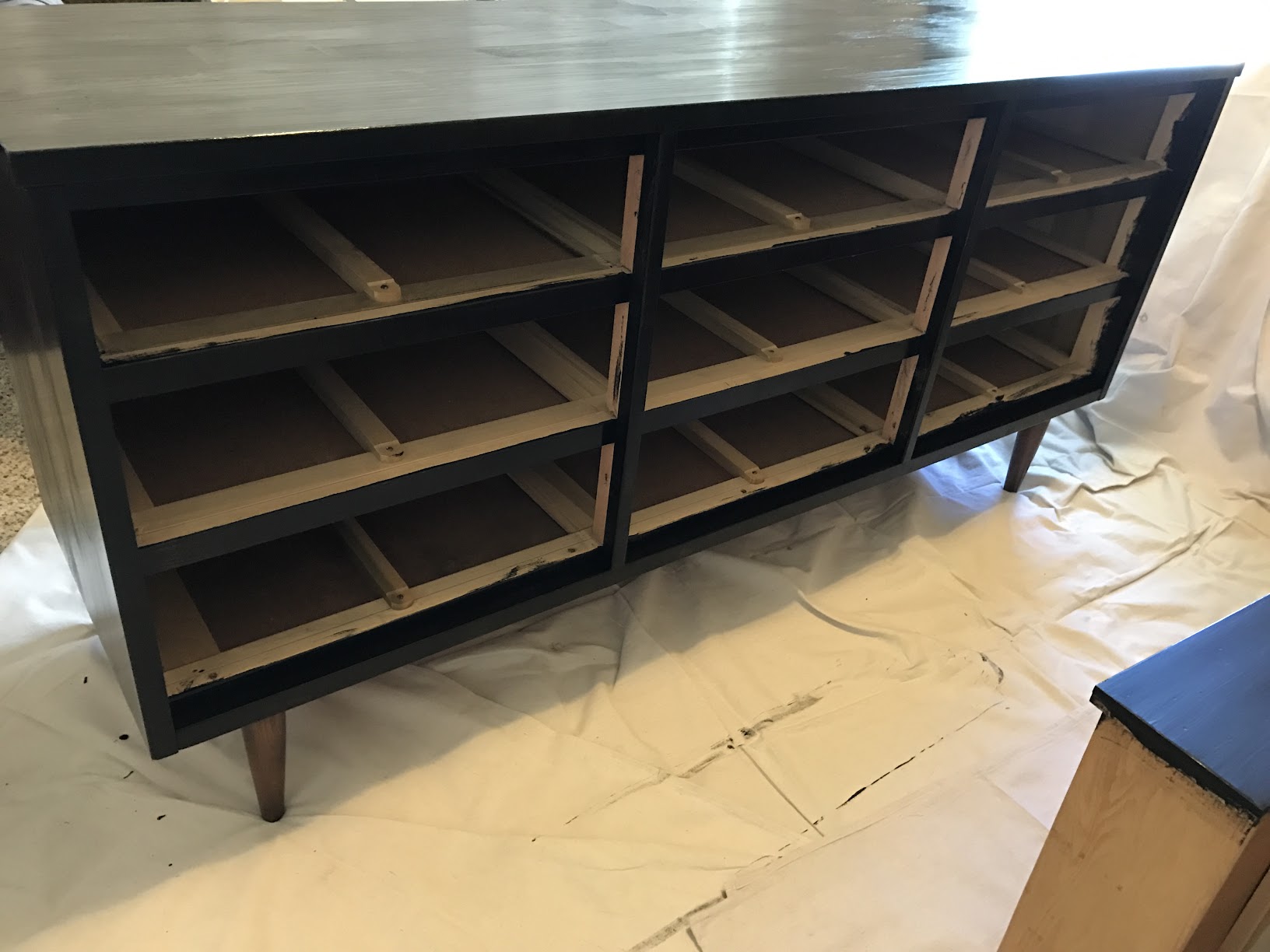 The paint is fantastic, it doesn’t require sanding the furniture. It took two jars of the paint to do both dressers.

Now that it was fixed and painted, I wanted to add knobs.

For the low dresser with smaller, narrower drawers, I used my Kapro 313-Measure Mate

to find and mark the center point and drilled a hole. (Full disclosure, I was introduced to Kapro Tools when they were a client at the marketing agency. I don’t work for them anymore obviously, but they are great products.) 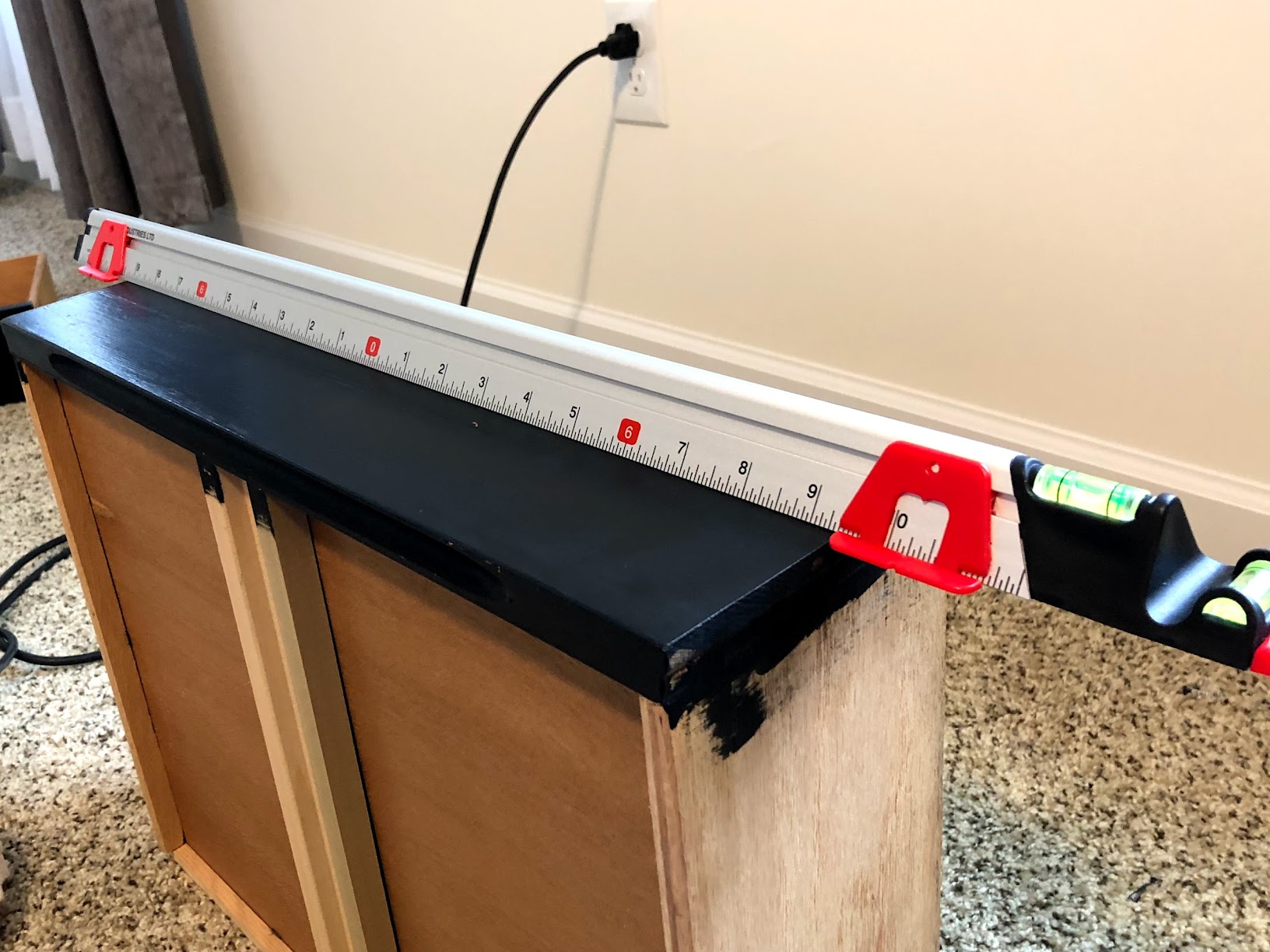 The Measure Mate was handy for this job because it has one side that offers measurements from a center point. I lined up the red guides where they would fall on each side of the drawer. I used painter’s tape so my mark would show up on the black drawer front. 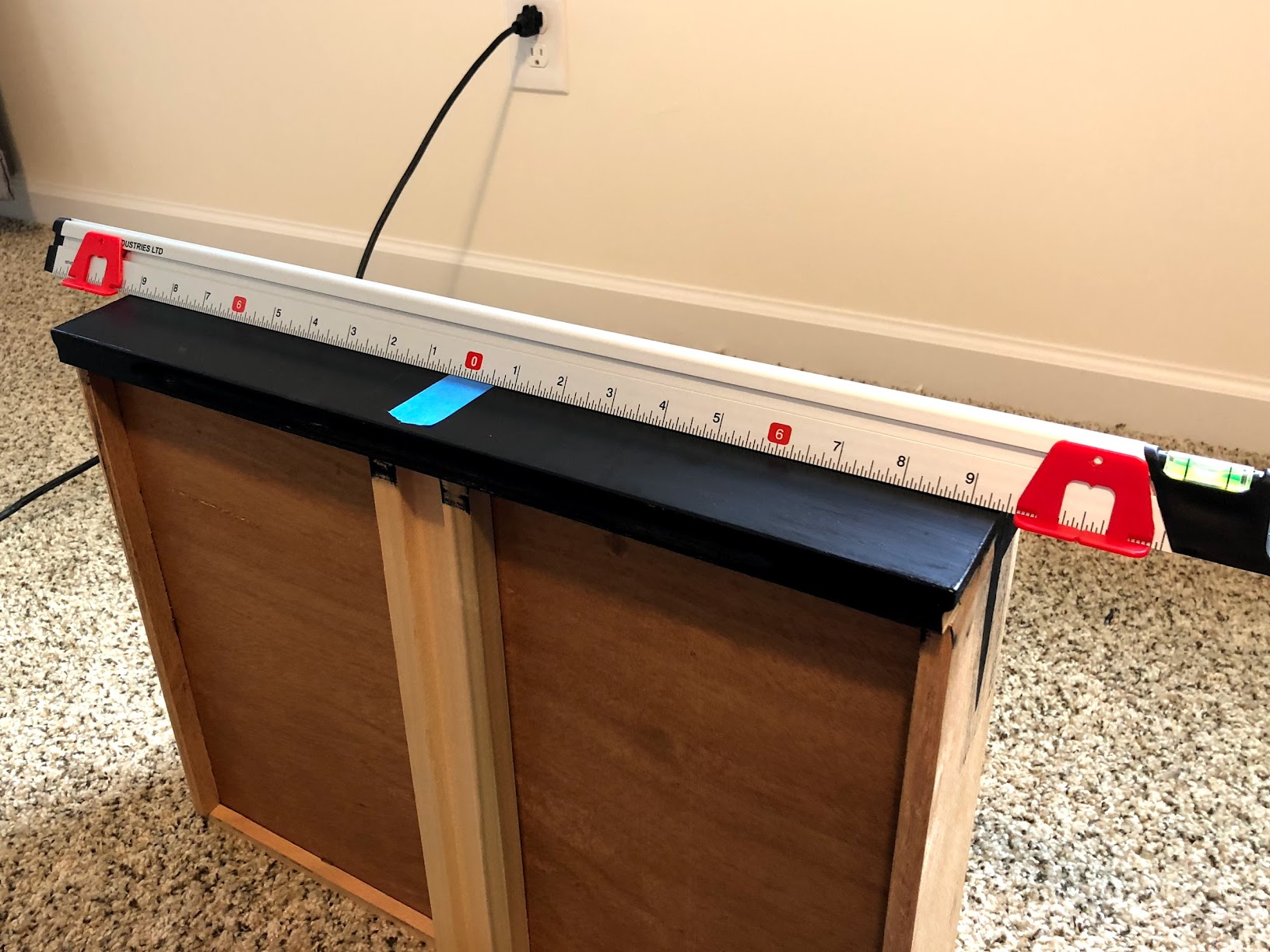 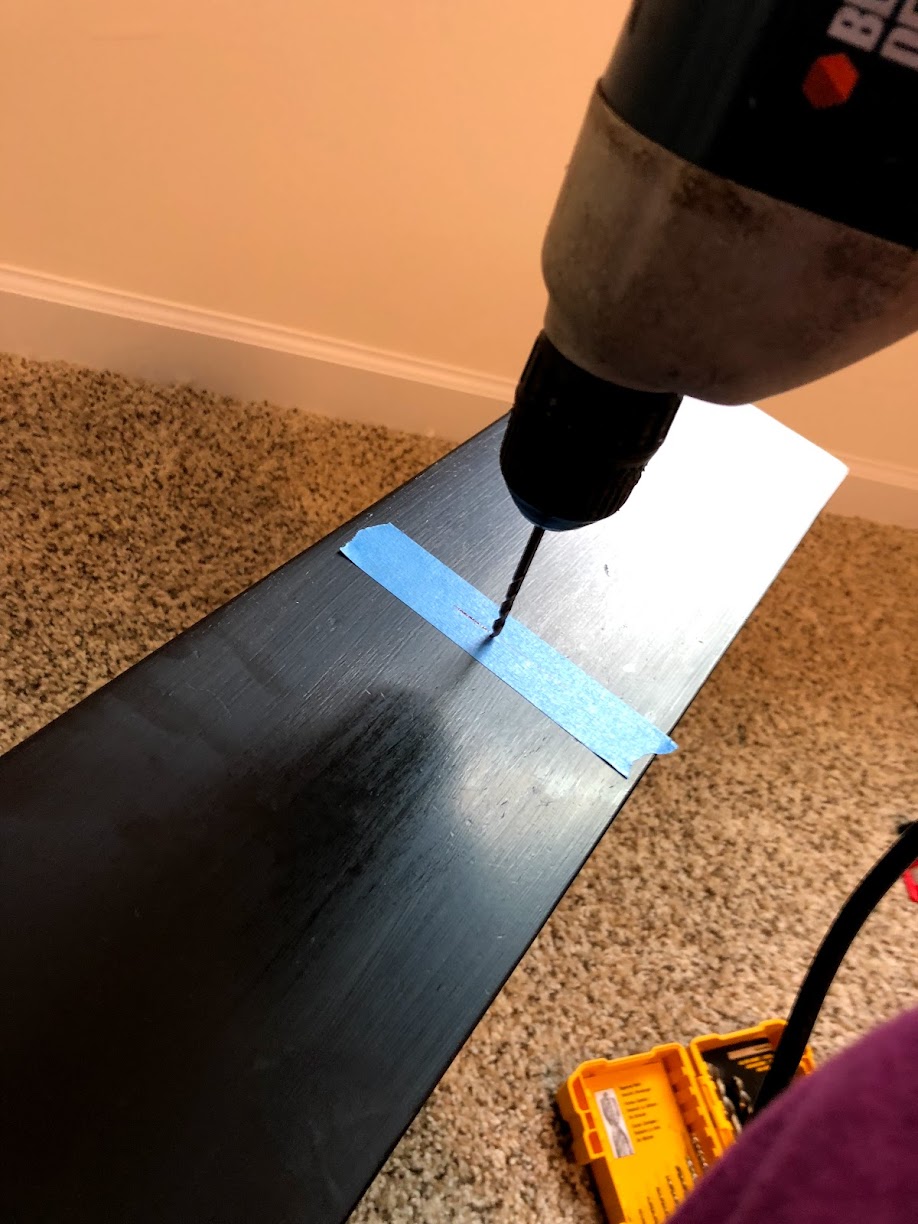 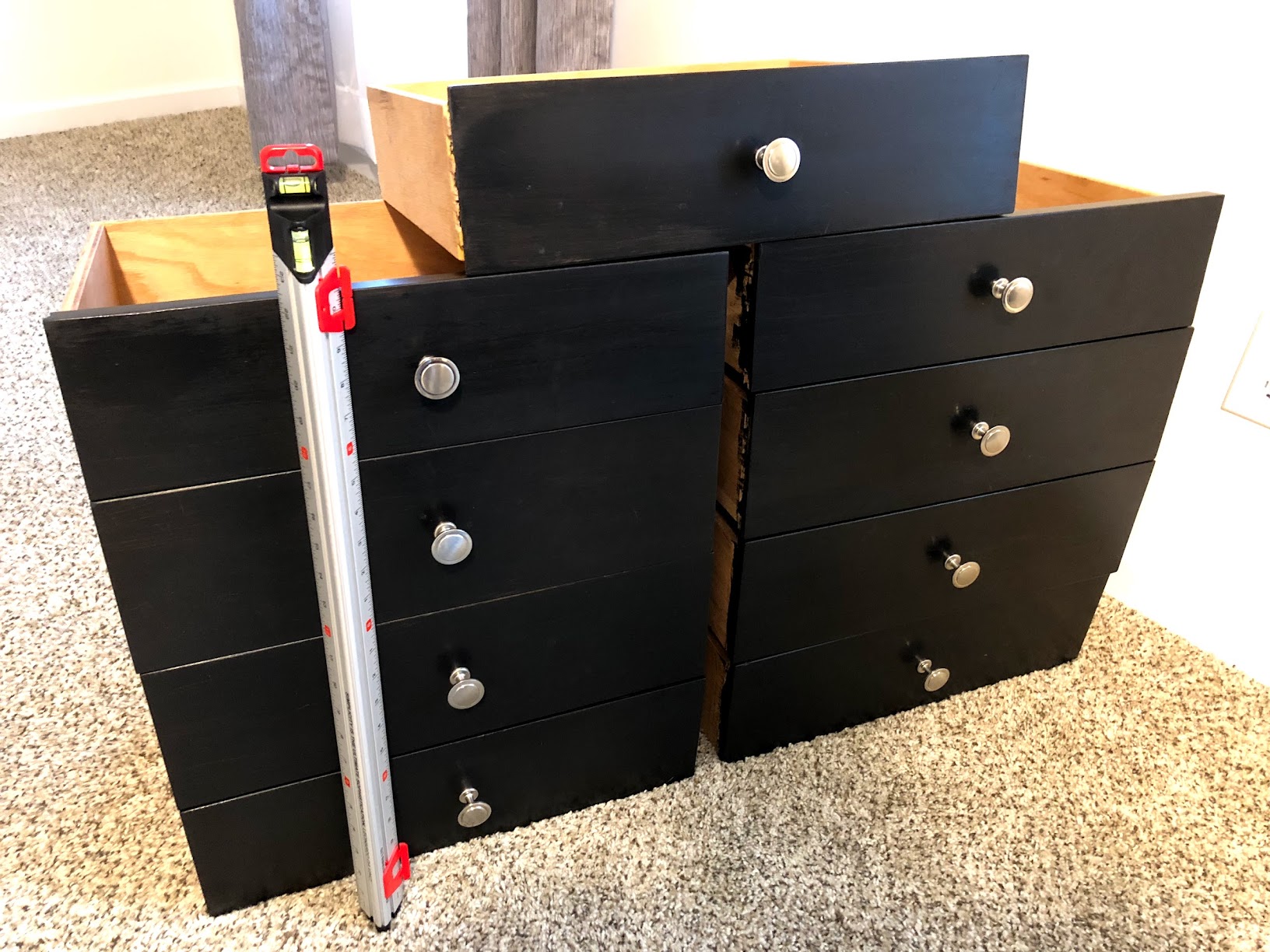 For the tall dresser with really wide drawers, I used the red markers to set from the side of the drawer to line up two pulls per drawer. 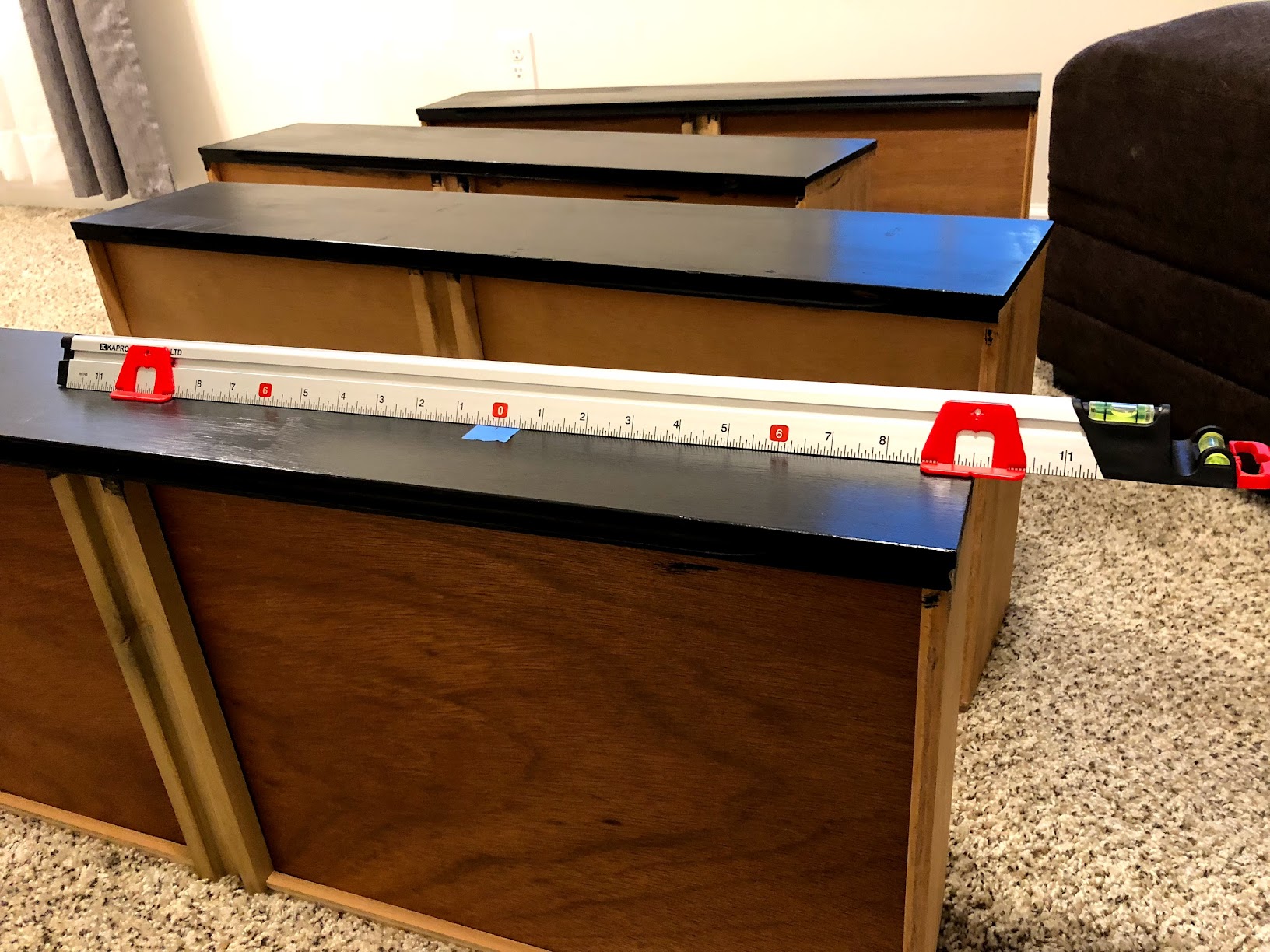 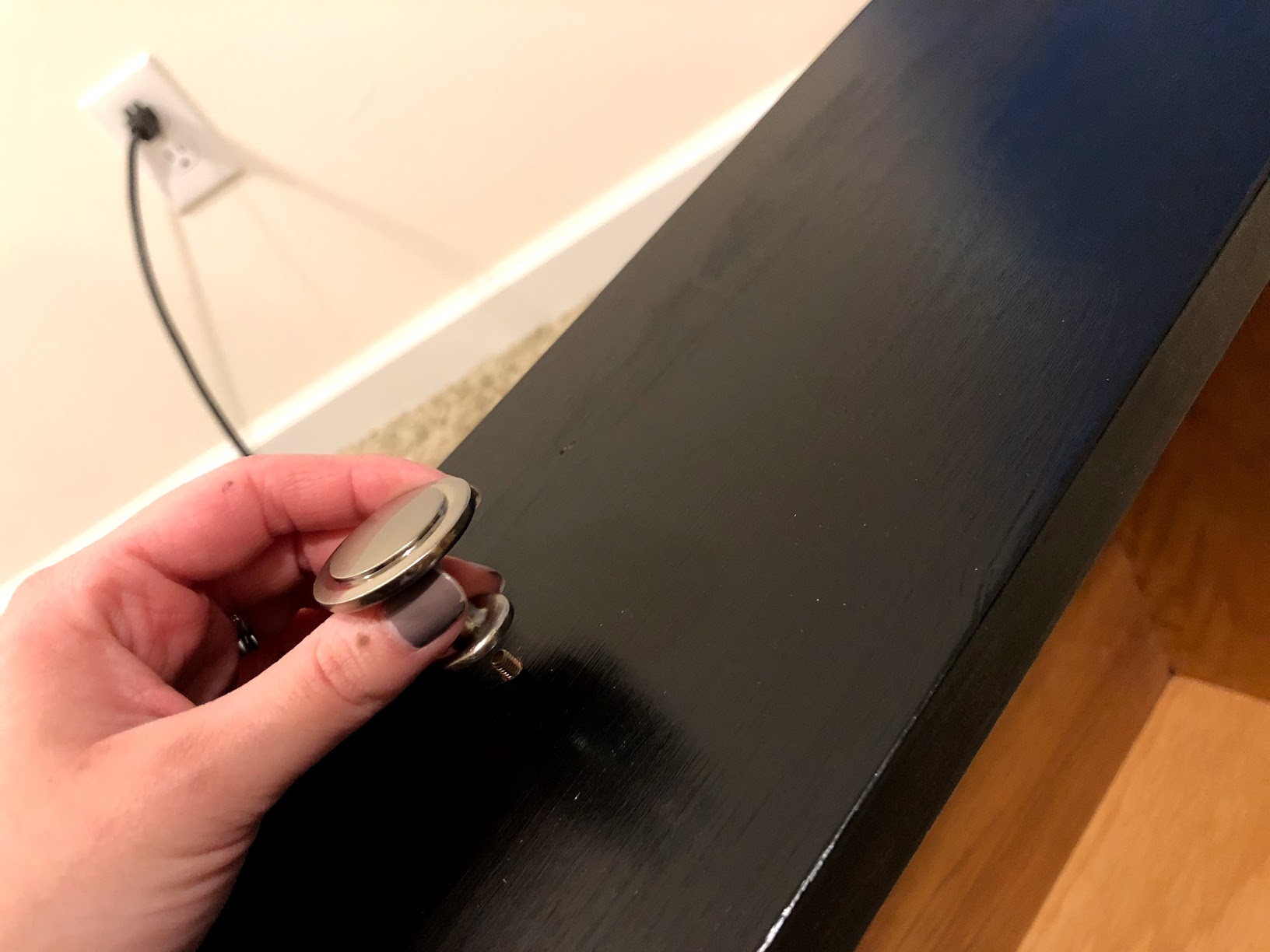 I ended up ordering the knobs off of Amazon. Since I needed 17 knobs for this project, it made sense to get a 20 pack of Amazer Round Knobs

in satin nickel. Once the knobs were on, the dressers were complete! 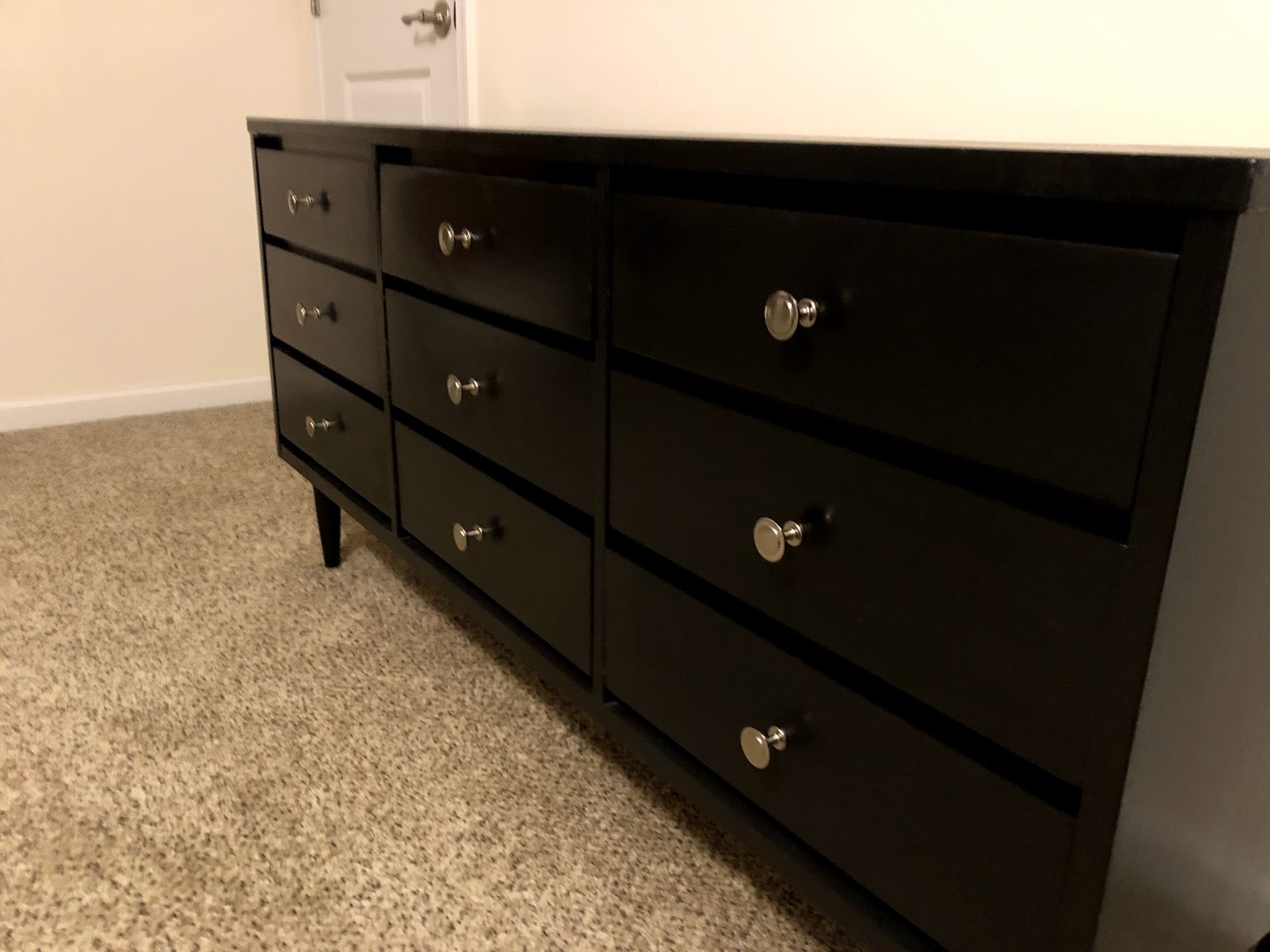 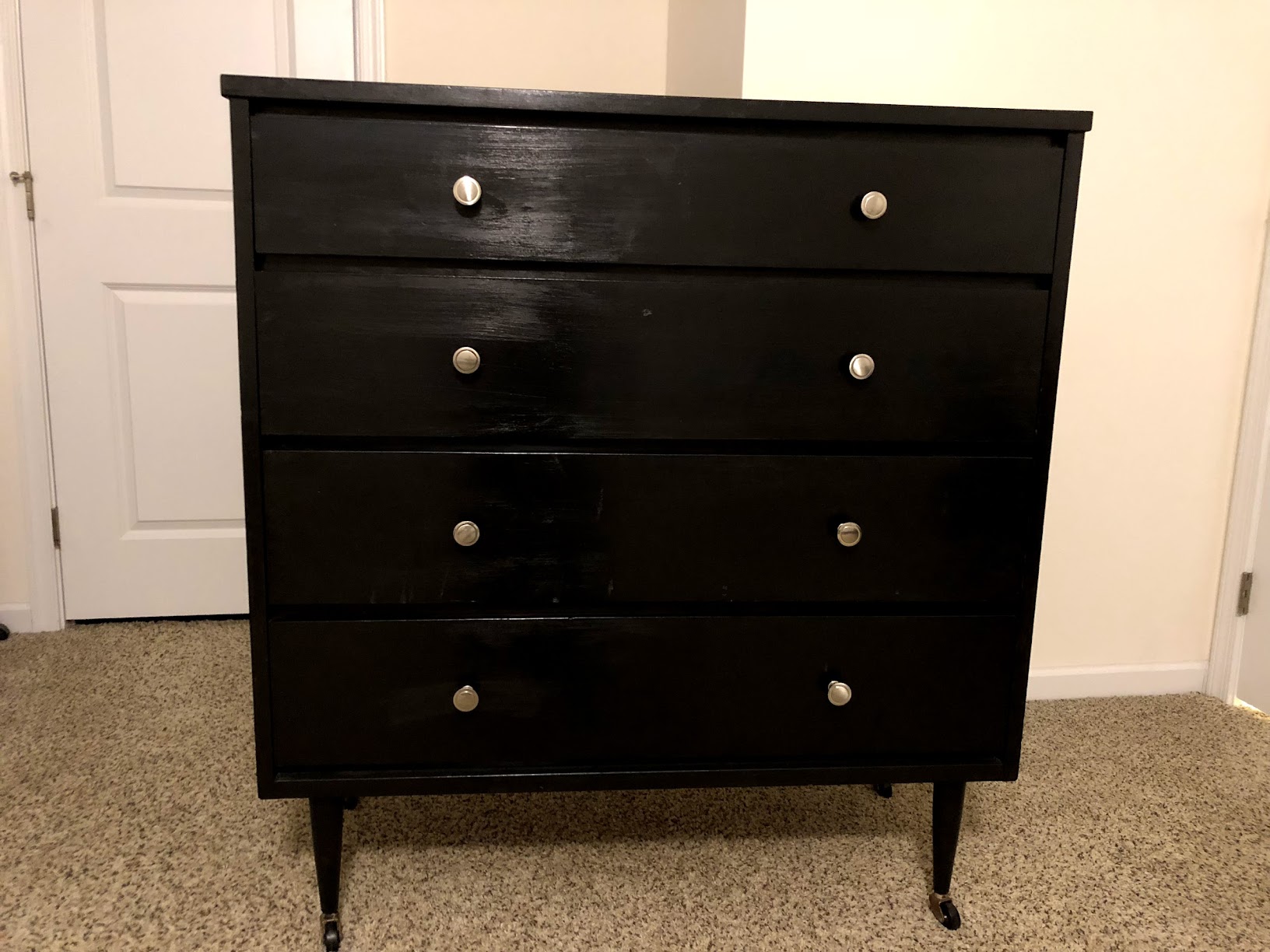 We could have replaced the dressers with similar-looking models from IKEA for about $400. But for about $40, we can continue using his grandmother’s dressers. 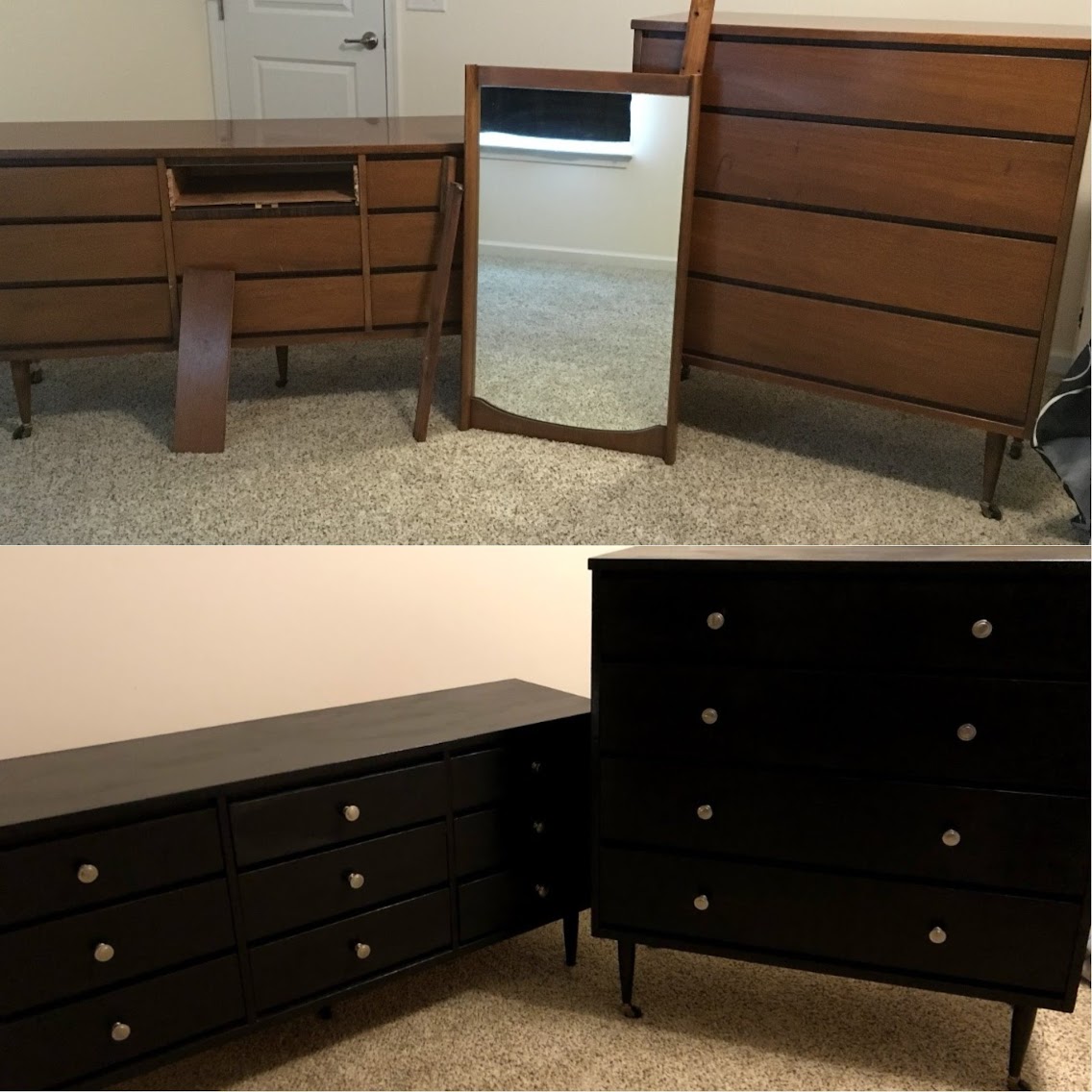 Have you ever redone a piece of furniture?