I’ve decided that winter is the best time to try out a new razor. If it doesn’t work for you, the evidence is covered by pants or tights. 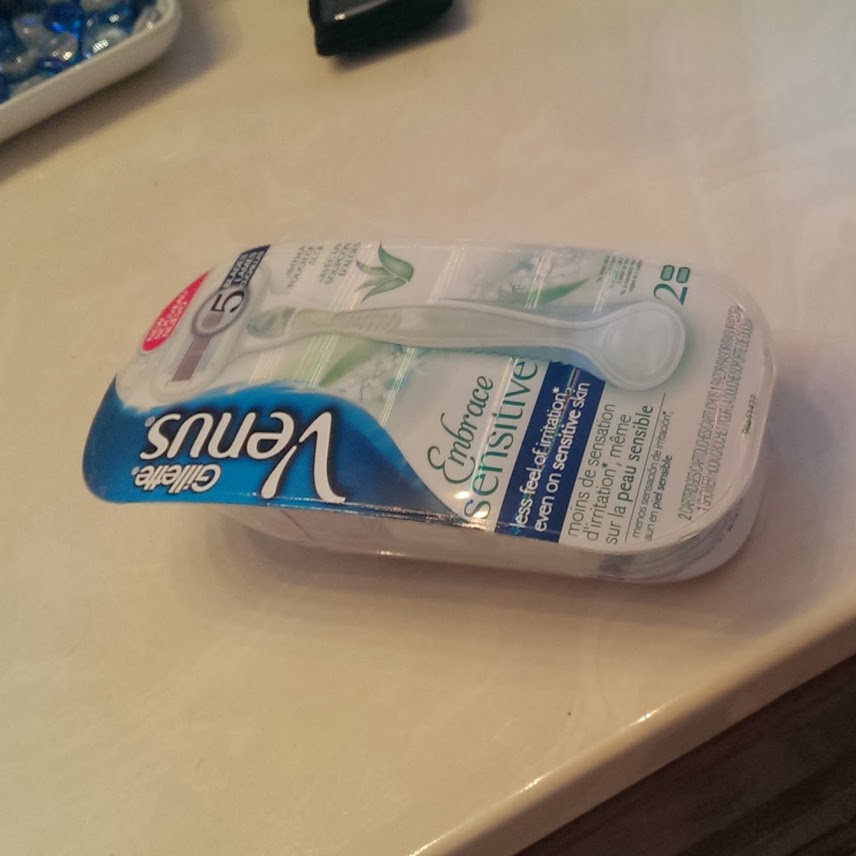 As part of the Influenster program, I got a new Gillette Venus Embrace Sensitive

razor to try out. They’re designed specially for sensitive skin. It was actually because of sensitive skin shaving issues that I bought my old razor several years ago

It worked (and still works) pretty well but it’s not the most convenient. Two issues:

The Embrace has a normal, not-hollow, handle that makes the razor easy to maneuver around the tough spots on my ankles and knees. The handle doesn’t hold water! It also uses cartridges with “moisture ribbons” that leave my legs smooth. I’ve been using it for nearly two weeks and there seems to be no scummy, melty mess from the cartridges.

The moisture ribbons on the razor head seem to last longer than what I previously, which means buying refills less often. I did a little investigation where I usually buy my refills and the per-cartridge price is comparable so I think this razor will actually have a lower cost of ownership overall.

Honestly, I do have one complaint about the Embrace: It doesn’t have a cap/cover/lid for convenient travel and safe storage. That’s not a deal breaker by any means, but would be convenient to have one.

I received this product complimentary from Influenster for testing purposes.

One thought on “Embracing Smooth”