For our fourth anniversary, Brad and I decided to take a trip. Normally we like to cruise, but we wanted to 1.) do something different and 2.) force ourselves to relax. 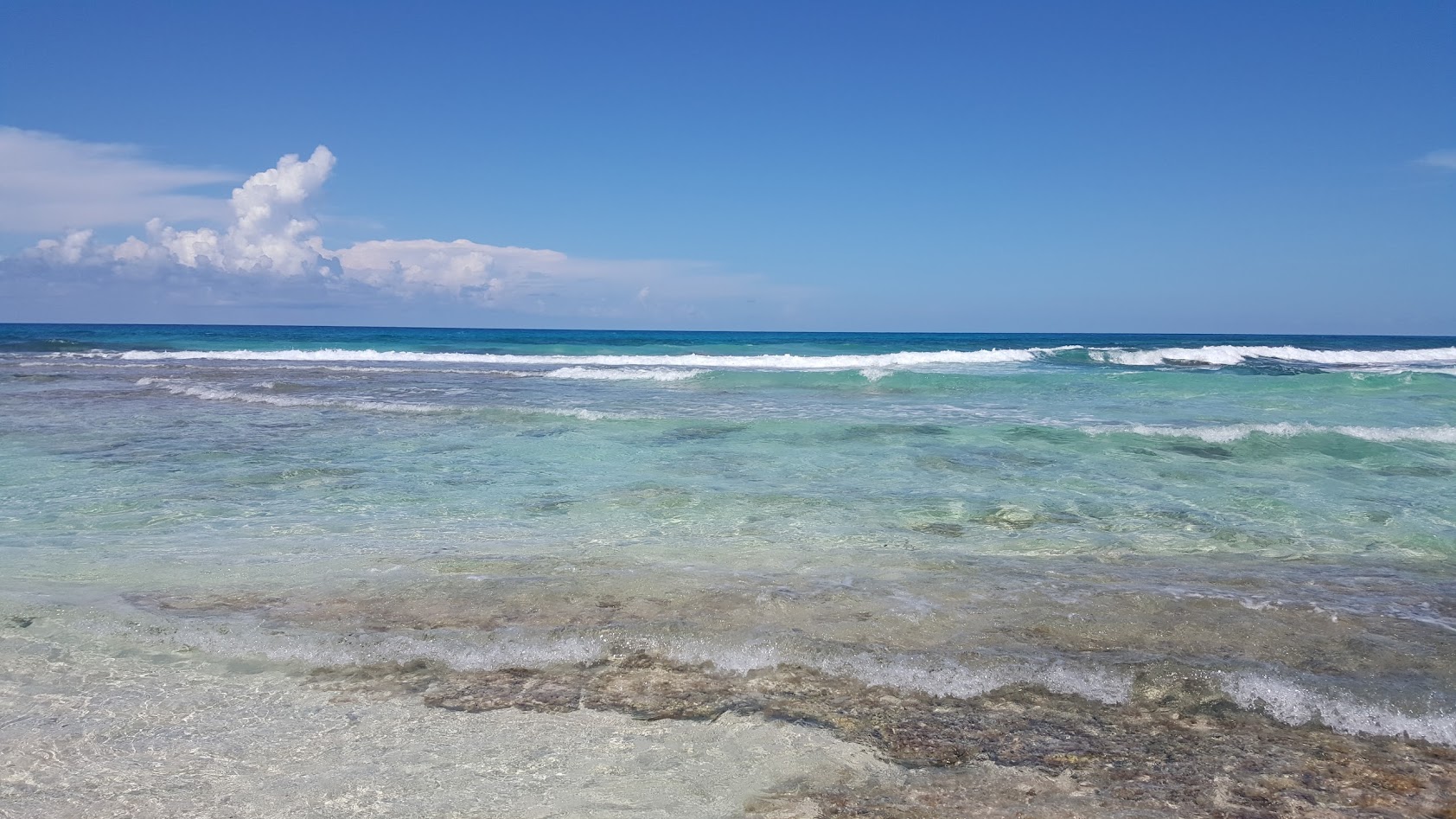 Brad and a colleague were in New York visiting a client over the winter when it was extremely cold. Somehow that brought up the desire to be somewhere warm… like the Caribbean. His colleague recommended boutique hotel called Hotel Secreto (“secret hotel” if you didn’t figure out the translation) on Isla Mujeres near Cancun in Mexico. Come to find out the hotel came highly recommended by multiple people.

We found great airfare on Southwest right over our anniversary so we booked everything… before deciding to sell our house. The plan was to list our house for sale a week before vacation and then the realtor would be able to show it anytime while we were gone because by then the listing would have picked up interest. Little did we know that it would be sold by the time we left and a clock on us to get out of it. We actually looked into canceling or moving our trip with everything that was going on, but according to the cancellation policy, we would owe for it anyway. So might as well go!

Hotel Secreto is a small place, literally tucked away. 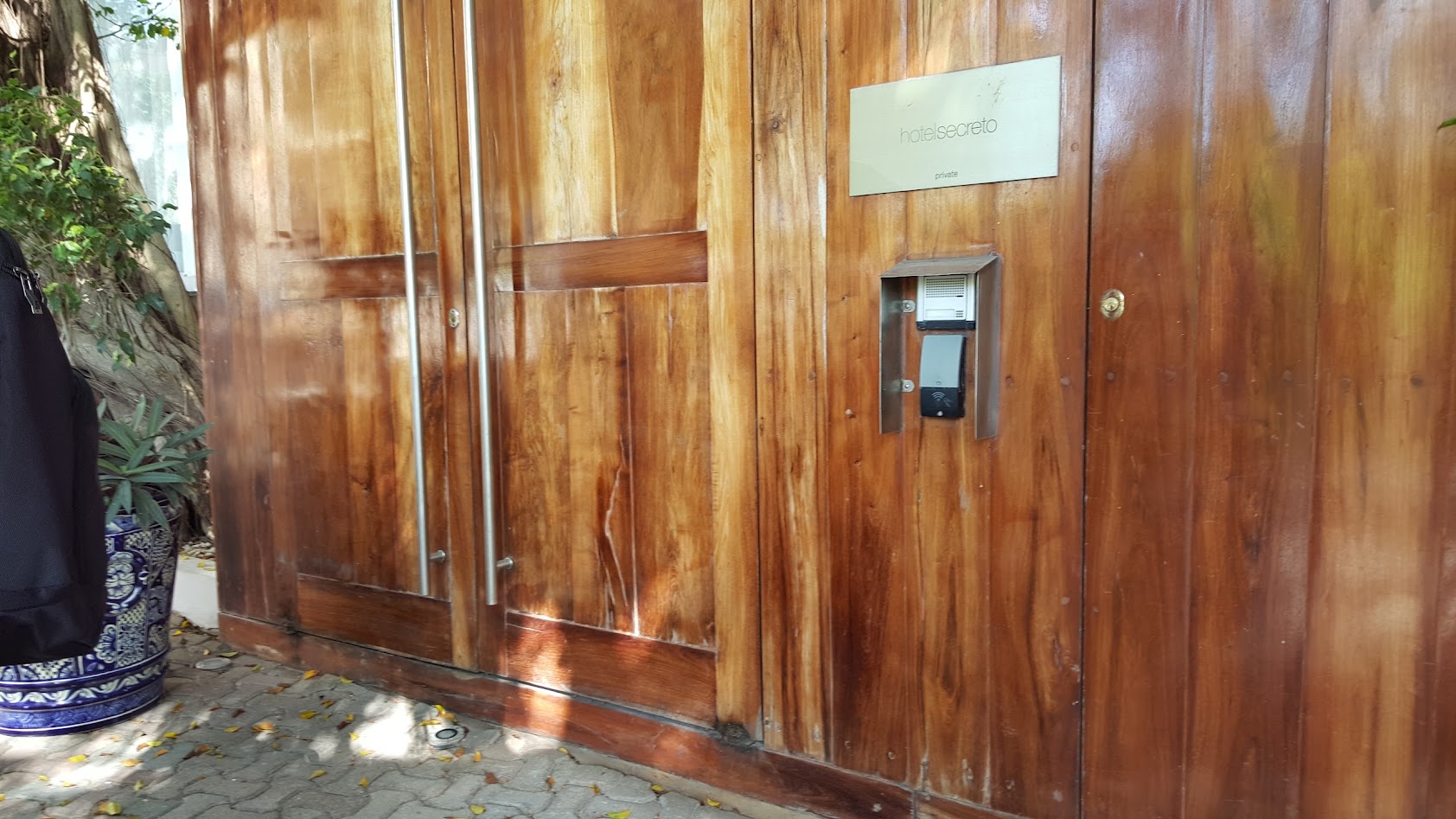 It has four floors and a total of 12 rooms. It boasts a beautiful pool, gorgeous view and a little stretch of beach. The lobby is essentially home to the bar and the guest rooms seem well appointed. We were in room 10 on the fourth floor.

Our room was technically an executive junior suite and carried a heavy discount for paying in cash. We selected the 4th floor for the view. If you’re an avid pool swimmer, the first floor rooms open directly to the pool. The two drawbacks of this place are that there is no elevator and no restaurant on site. The only time we really wished for an elevator was when we had our luggage to haul up and down upon arrival and departure. We were beat from a day of travel when we arrived and apparently we were there on a day that no one delivered to the hotel, so we trudged out and got some food. 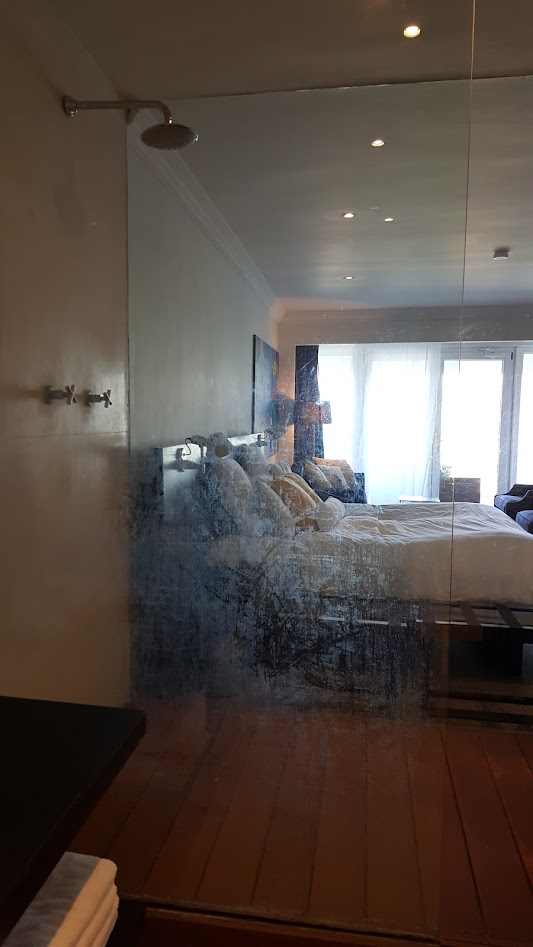 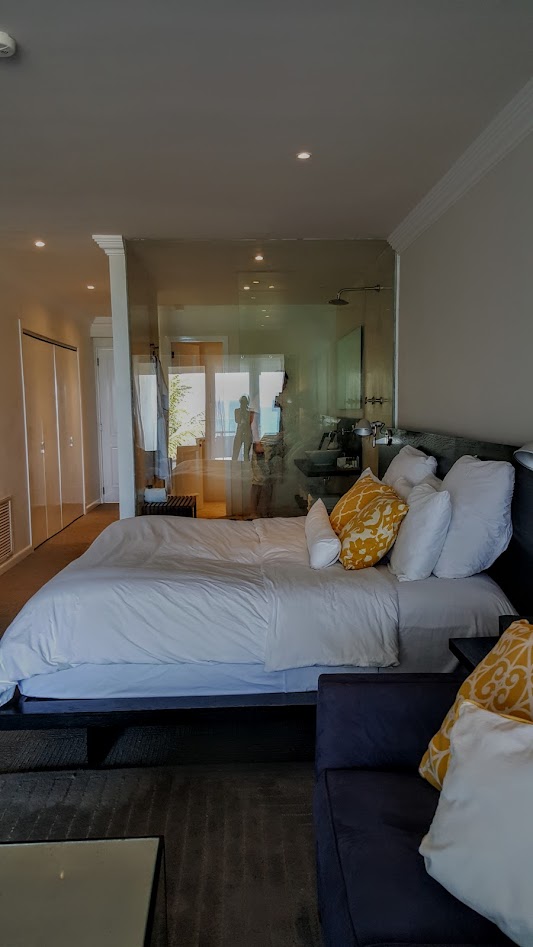 The rooms are definitely geared for couples, specifically with the open to the entire room, glass walk-in shower. The bed was comfortable and never short on pillows. The major feature of the room however was the balcony. The completely private balcony features a double bed-sized lounger facing the ocean and a table for two. A great shaded spot to watch the ocean and enjoy a meal… one that you could actually have delivered to the hotel. My only complaints about the room/suite were that the mirror was hung too high so I stood on a chair to see in it, the light in the room was very dim making it impossible to apply make up or do my hair and actually know what I looked like and there were no washcloths. Small complaints, but it the mirror were a better height for short folks like myself with better lighting and there were washcloths available, I wouldn’t have had minor frustrations a few minutes each day.

Several of our meals throughout the week came from a restaurant called Los Amigos, recommended by friends and the hotel. The first night we walked there. I enjoyed enchiladas verdes con pollo y una cerveza (Corona, light and refreshing), our server said congratulations on ordering in the correct Spanish. I simply said gracias because I’m too embarrassed by my poor vocabulary to admit to having taken six total years of the language. 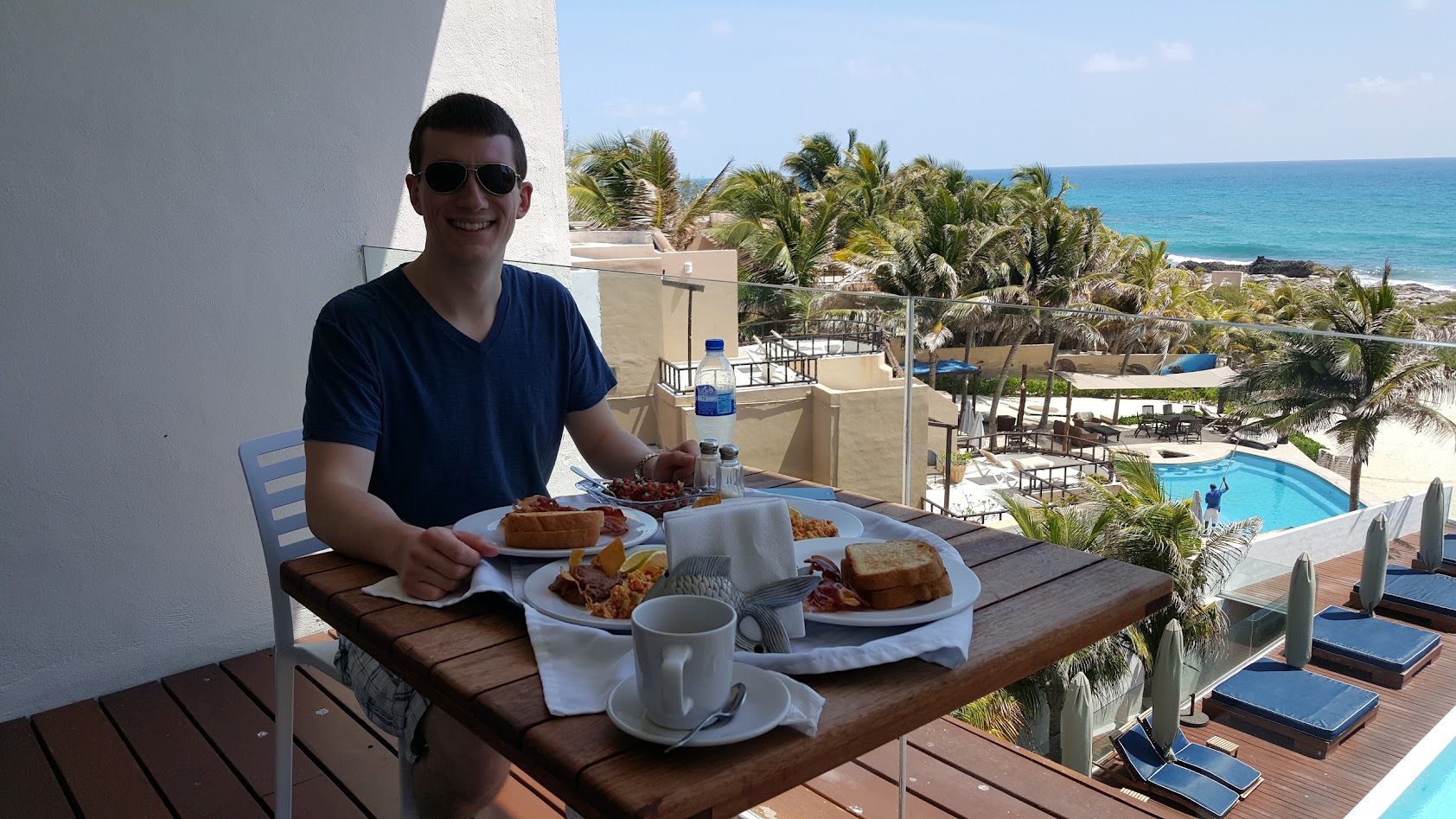 The hotel serves a “continental” breakfast, which is actually a tray with fruit, bread (croissants), jelly, orange juice and coffee. Which is all good stuff, but for someone who must have protein with breakfast this won’t do. Los Amigos delivers to the hotel so on the first morning (our actual anniversary) we ordered double huevos Mexicanos con un orden de tocino, (Mexican style scrambled eggs with an order of bacon). It was a lot of food, which was all very good. The scrambled eggs with fresh salsa in them came each with two pieces of thick toast, a side of refried beans and a large side of salsa.

We also enjoyed breakfast from Rooster Cafe, a very Americanized place where I got a Greek omelet, Mango Cafe which had by far the best coffee brewed with cinnamon and Lola Valentina. We actually went to Lola Valentina for dinner, followed by two breakfasts. It was the only place where Brad had any success getting decaffeinated coffee. Anywhere he asked for decaf, they would tell him they only had “American-style coffee.” Apparently we run on caffeine. 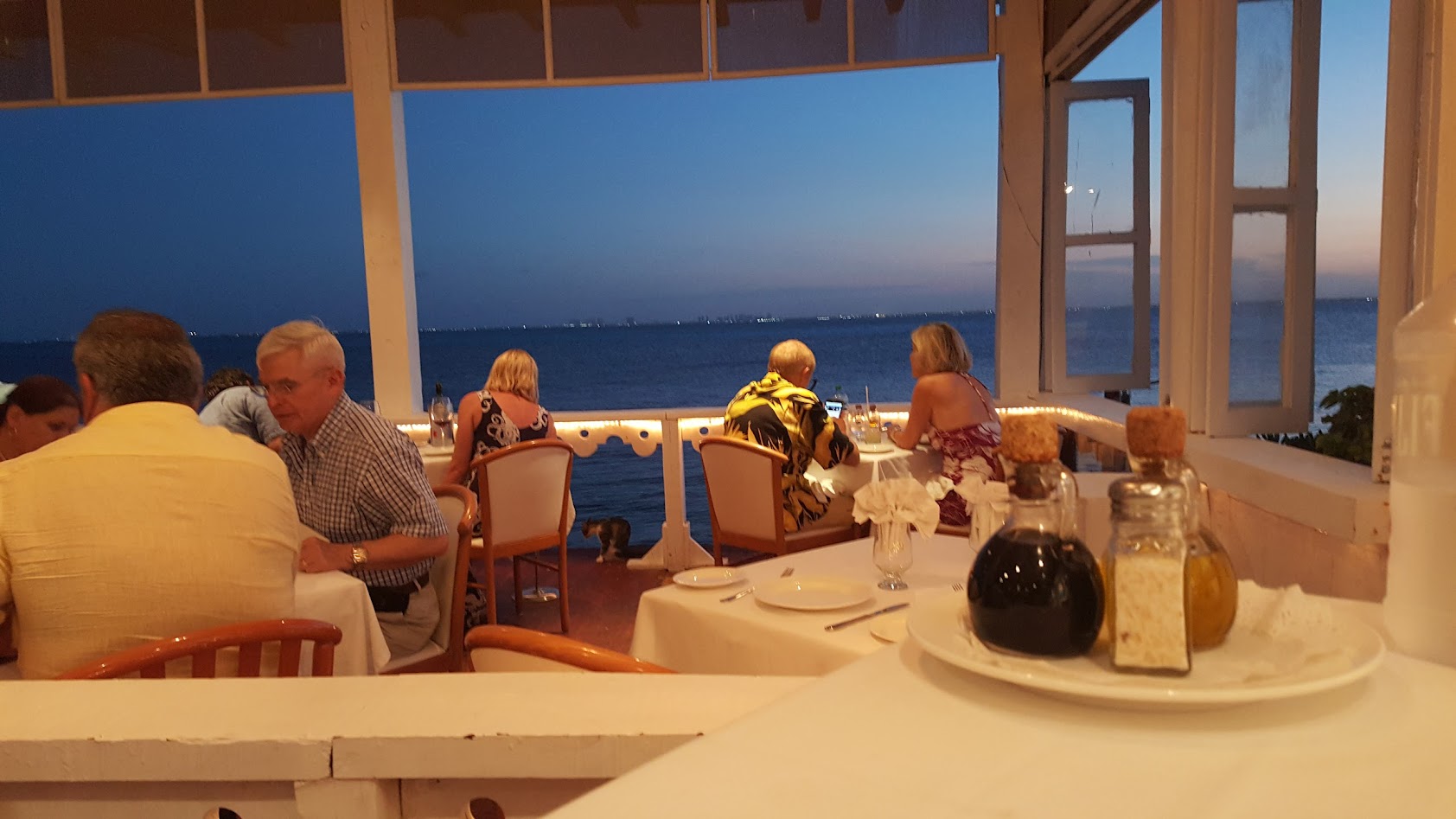 We enjoyed an anniversary dinner at Zoetry Villa Rolandi, which is a resort, spa and the finest dining location on the island. Here and Mango Cafe were the only places we had to take a taxi to get to on our trip. It was difficult to find food on the island when you’re allergic to the primary staple: seafood. At Zoetry Villa Rolandi, I had a specialty bratwurst which was good and Brad and I split tiramisu.

Another evening we went to a Mediterranean Place called Olivia. It won on atmosphere with the back patio that was very pretty. I had spanacopita, which was incredible (think Greek lasagna) and we shared some cherry ice cream for dessert. 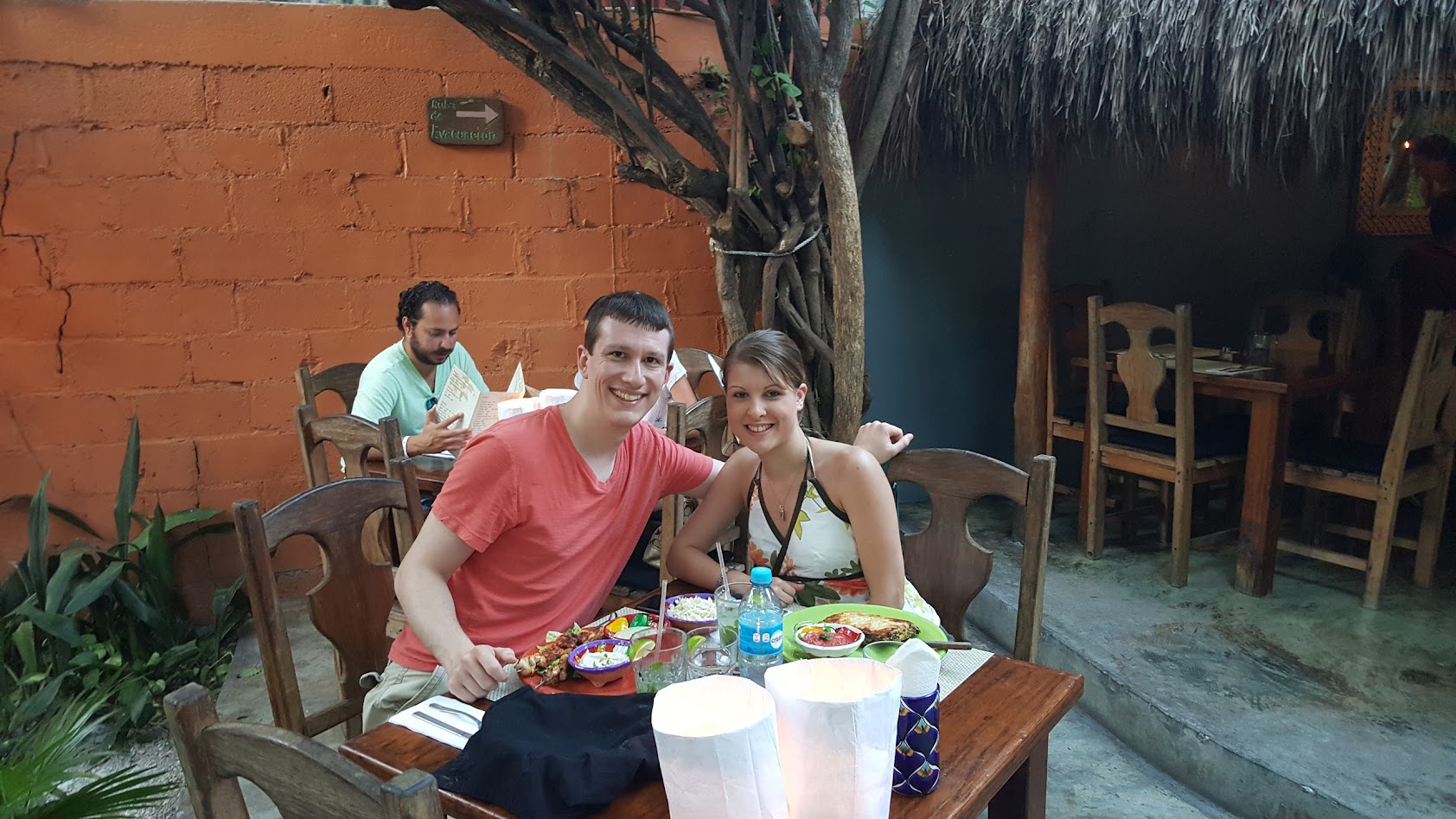 One evening we went to “the other” Rolandi’s on the main walking street Hidalgo. It’s an Italian pizzeria, with a little Cancun flair. We split the Cancun pizza and I had dinner with Brad and the third-wheel langosta lobster crawling around in the tank beside me. I felt bad knowing he’s be someone’s dinner eventually. Langosta lobsters don’t have claws, just a long set of front legs. 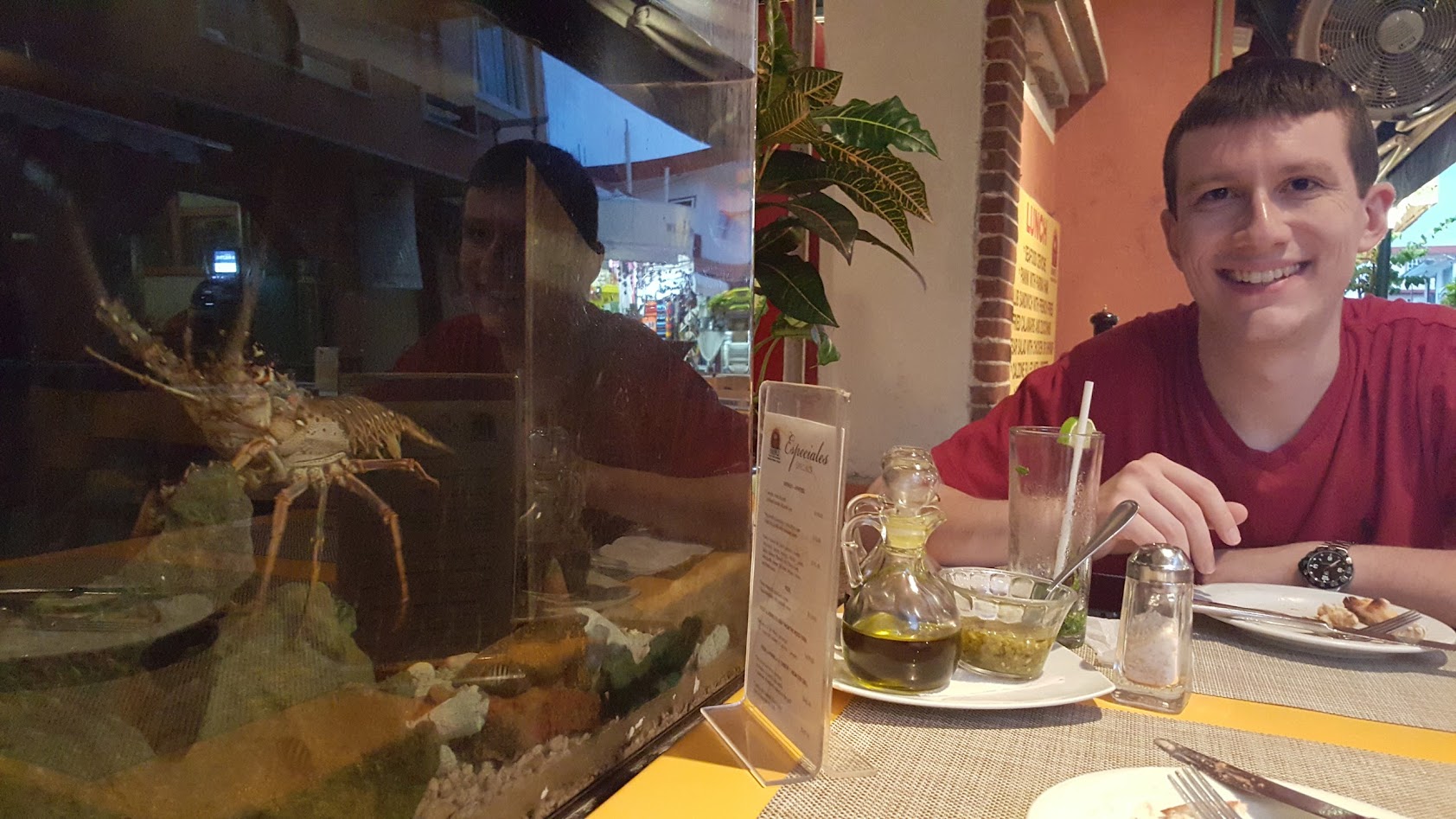 There were a few Italian inspired places on the island, on another evening we had pepperoni pizza and caprese salad at Angelo’s. They have a wood fire oven that smells fantastic and that even we came back smelling like a campfire.

Isla Mujeres is not short on things to do, however we din’t partake in many activities. We spent a lot of time relaxing. We read by the pool, swam, walked along the beach, climbed up the rocks and wandered around Centro a bit. The birds were big fans of our hotel’s pool and would land on the edge and drink or clean, or would hop right in. We think they were cooling down, but it was a lot of fun to watch them. 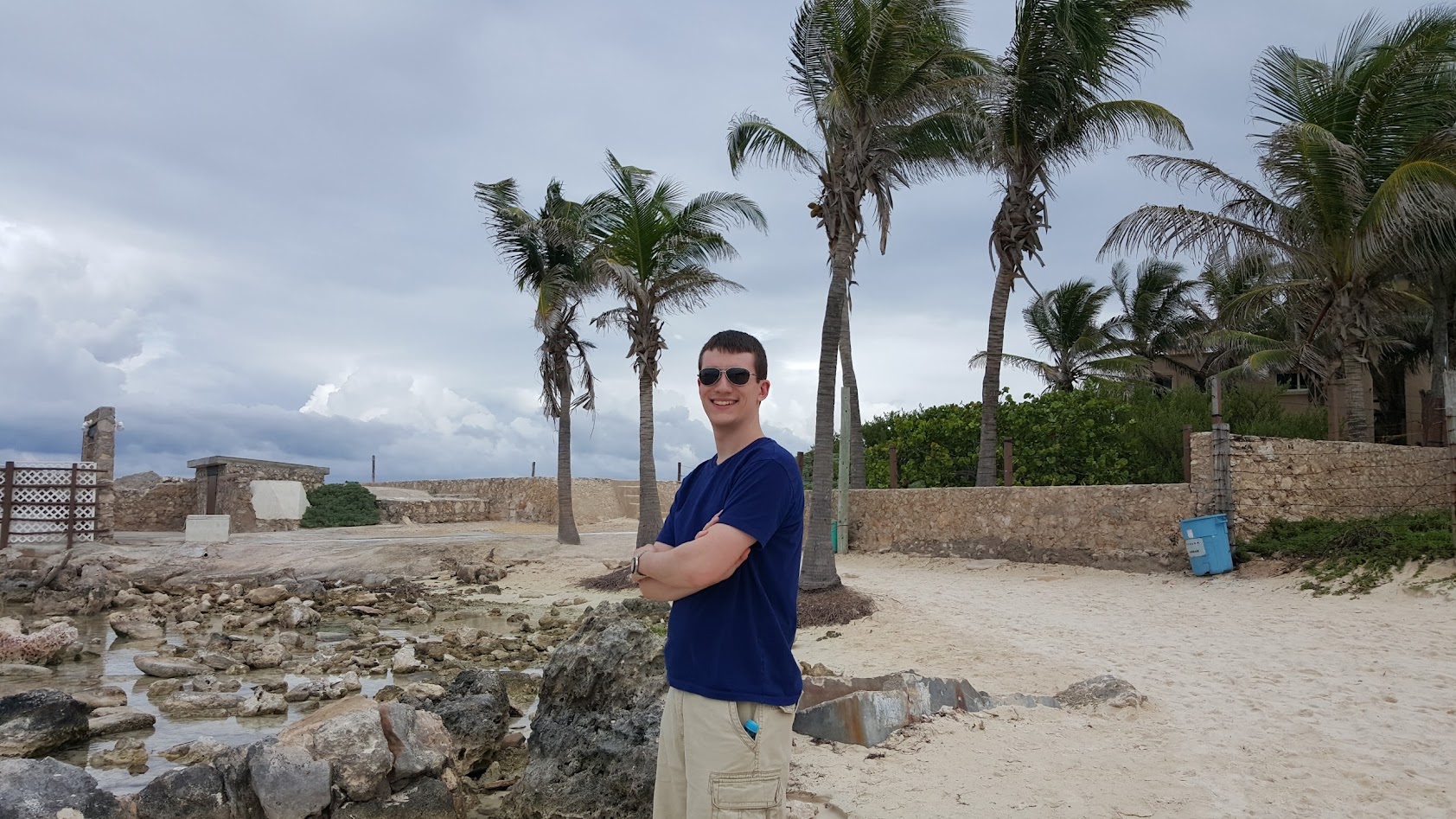 There were plenty of opportunities to go snorkeling, join a whale shark tour or rent a golf cart to zip around the island on. We didn’t this time.

Isla Mujeres is often a one-day stop during a trip to Cancun, but there’s truly a whole trip’s worth of things to do.

I was really surprised by how much Spanish came back to me and how easy it was to have simple conversations with people regarding food and cleaning the room. Nearly everyone we encountered spoke at least some English, except for the maid. They didn’t however expect us to know any Spanish at all, so when our taxi driver yelled out his window for another driver to die, I was a bit taken aback. Although I think it was supposed to be a joke, I bet that if he knew we spoke Spanish, he wouldn’t have yelled “Muerte!” out the window.

Speaking of language, Brad learned one evening at dinner that “here kitty kitty” is just as effective for calling Mexican cats as it is for calling U.S. cats. We dined with animals for nearly every meal. Most restaurants are open to the outside so cats would wander in and happy tourists would feed them. There wasn’t a mouse to be seen and the lizards that we saw around the pool never showed up in the restaurants.

I highly recommend bringing pesos with you or exchanging for them at a bank rather than paying in American dollars at restaurants and shops. Most places posted exchanging at 13 peso to 1 dollar for price conversion, but the actual exchange rate during our trip was 14.5 peso to 1 dollar, so depending on what you’re doing it’ll save you some money to get pesos at the bank.

Also, most places don’t take credit card so don’t expect to depend on plastic. This applies to pretty much every place in the Caribbean we’ve traveled. If you do plan to use your credit card, make sure you call the company ahead of time and let them know you’ll be traveling internationally so your card doesn’t get flagged by the fraud protection folks. Most credit cards charge an international use or exchange fee of 3-5% except for Discover. There is no additional fee for international use.

If you want to use you phone or computer while you’re traveling to Isla Mujeres, there are plenty of places that have free wi-fi, however not all of them do. A restaurant called Tres Mentiras had a sign outside that said, “No wi-fi, talk to each other.” With T-Mobile, we have free data, texting and wi-fi calling nearly anywhere in the world (regular calls are 20 cents per minute), so we were able to keep up with all the home selling stuff from beside the pool and I was able to call my mom on her birthday. It was nice to be able to stay connected while traveling, when we cruise it’s radio silence because it’s typically very expensive for cellular at sea or internet packages.

What’s your favorite thing to do on vacation?

8 thoughts on “Bienvenido a Isla Mujeres”