I’m writing one of those rare weekend wrap up posts. I had a pretty busy fall weekend.

We went over to our friends’ apartment to split a pizza. I helped my friend with her wedding invitations and our guys played Call of Duty. Nothing screams “Wedding!” like the sounds of fighting zombies in the background.

We had lunch at my mom’s where I enjoyed chili for the the first time in my life. (Enjoyed, not ate.) My mom made her chili with black beans and unnoticeable onions, so I actually liked it.

Saturday evening called for pumpkin carving. Something that I had NEVER done before! When we were kids we got to paint pumpkins and now that I’ve carved one, I can see why my parents didn’t carve pumpkins with us. They would have done most of the work! I did completely clean and carve my own pumpkin. My friend had templates, but I don’t think I was quite ready for anything complicated, so I drew a K on my pumpkin and carved away. 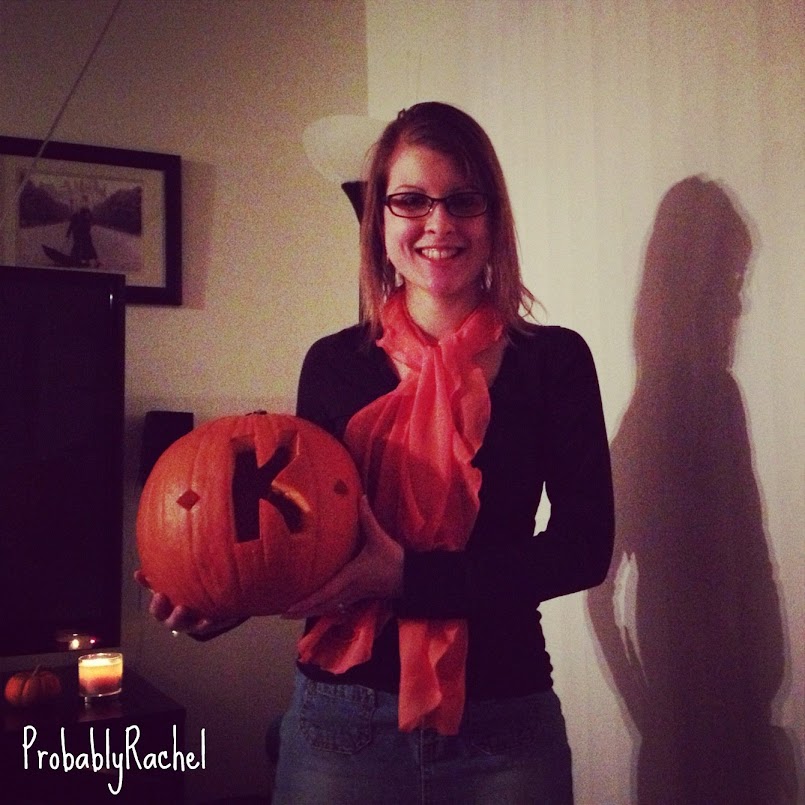 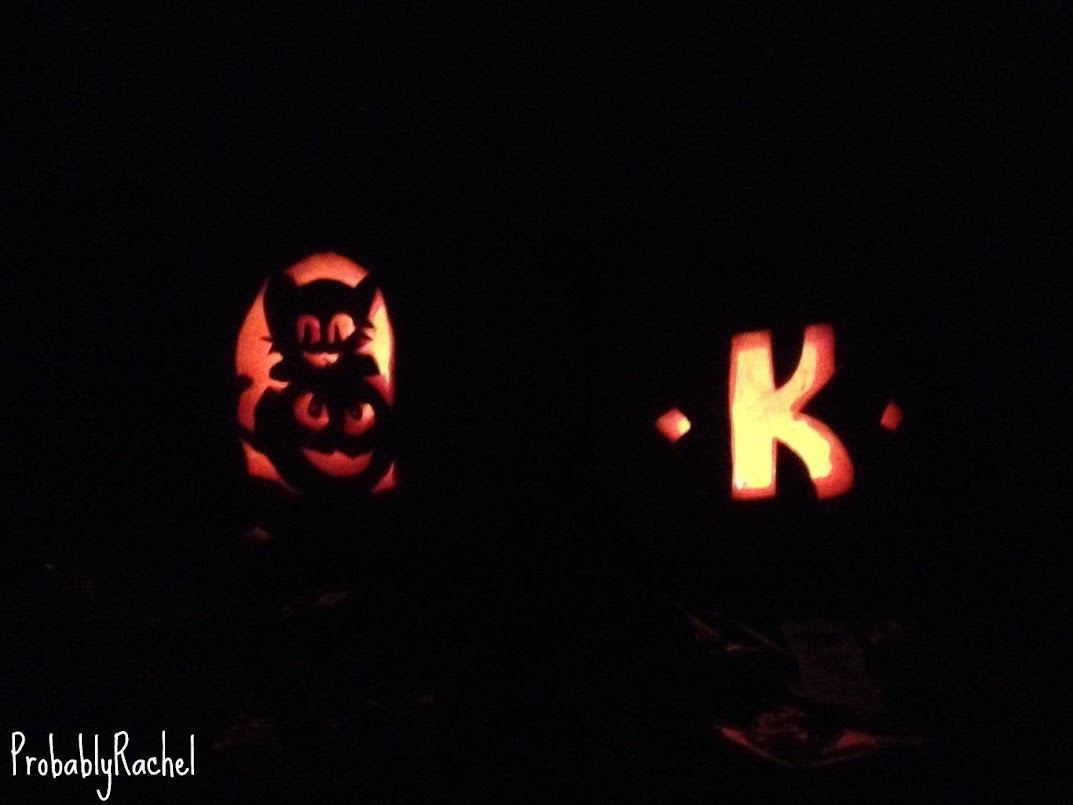 The expert pumpkin and the beginner, all lit up

After the carving fun, we settled in to watch a not-scary Halloween movie. We watched Dark Shadows, I found it pretty funny.

I created a new easy recipe. Brad was craving hot food and usually I would whip up some buffalo chicken dip for an easy Sunday dinner, but sadly we were missing some ingredients. So I got creative with what was in the fridge and made buffalo chick muffins (basic recipe below, not “healthy”).

Last night was pod change night. I was a lovely 117 before pod change. I deactivated my old pod, filled a new one with insulin, stuck it to my stomach and pressed the button to insert the cannula. The familiar *POP* sound of the insertion came with a lot of pain. I felt like I’d had the wind knocked out of me. I expected to check the site and find that it just hurt and everything was fine. When I looked, everything was far from fine. I had a vampire cannula, it was dark and filled with my blood. I had hit a vein that I couldn’t see on the surface when I placed the pod. I had no idea it could hurt so much.

I hit “no” the cannula was not inserted properly on my PDM and had to pull the pod off and clean up the blood. There was a lot of blood. Once my stomach stopped bleeding, I pulled as much insulin out of the ruined pod as I could and started over again with a site on my back. The whole event was about 20 minutes. Due to the time without insulin and my body’s natural response to pain and stress my blood sugar was 194 before bed (shortly after the change) and continued to climb after I went to sleep. After waking up several times and correcting, I started today at 146 with a massive bruise on my stomach. 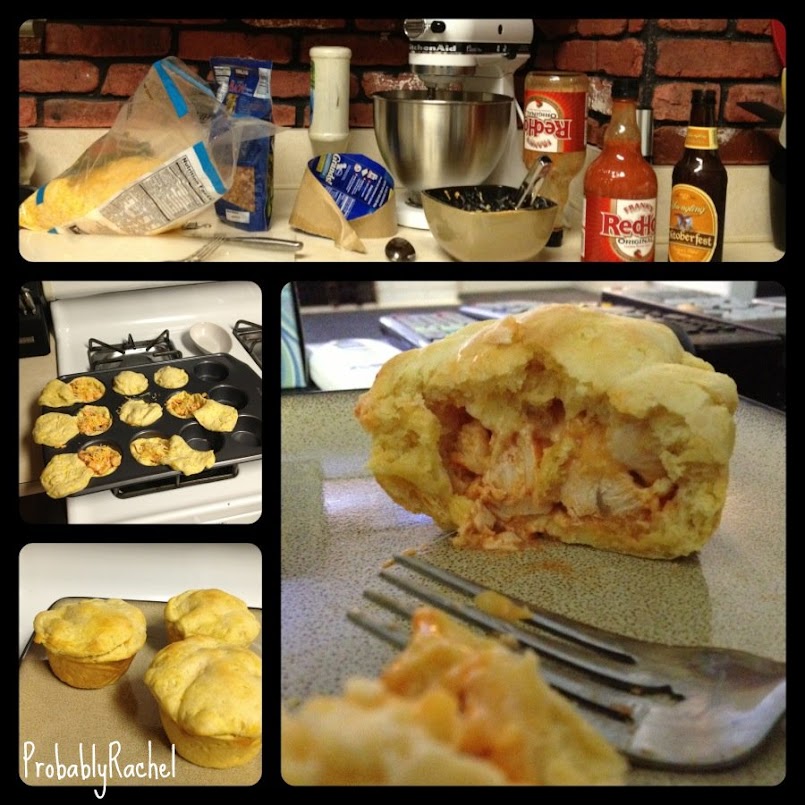 They slid easily out of the muffin tin and were about 18 grams of carbohydrates per muffin prepared the way I made them.