We live in a city. On our street, if anyone backed out of their driveway haphazardly they would either hit their own house or their neighbors. It’s cozy. My commute to work is 100% in-town. So the insane amount of contact I’ve had with wildlife makes me shake my head and proclaim to be on safari on a regular basis.

There are many reasons why Holmes and Watson are indoor-only cats. And they are not limited to keeping them from being hit by cars on our street. I’m pretty sure that my barking squirrel could even be a threat. 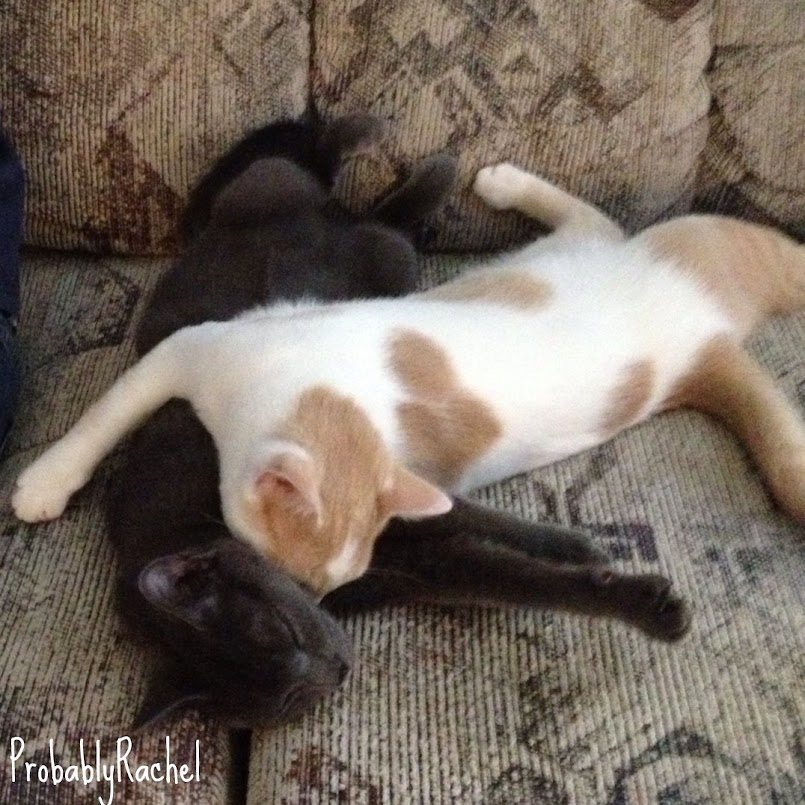 In college, I spent a couple of summers living with my aunt and uncle. My aunt used to tell me every time before I left, “Be careful! Watch out for bears, deers and ducks!” I was supposed to watch out for ducks because there were a lot of them around the creek behind their house and I used to feed the ducklings. I was supposed to watch out for deer because I got hit by a deer one evening on my way back from work (I did not hit the deer, it hit me. We were both fine). And finally, one year a student at a nearby high school hit a black bear on the route that I frequently took. I don’t think we can extend the “Watch out for” list to include all of my new creatures.

What kind of wildlife have you encountered recently?