I’ve been meaning to chronicle some of my recent travels. Today, I’m getting around to talking about my trip to Indianapolis at the end of October.

I may have been going to Indy for a Public Relations conference, but somehow the trip was significantly colored by diabetes… and not really in a bad way. I went for the PRSA International Conference as well as some of the pre-conference PRSA business.

After dinner with other PRSA chapter leaders on the first night, a lady came up to me and said, “I think you need a green one.”

I turned around to see her holding up an OmniPod PDM with a green skin. She had seen my PDM sitting on my bag and came over to say hi. Not only was the skin on hers green (my favorite color) but it also glowed in the dark, how cool is that? 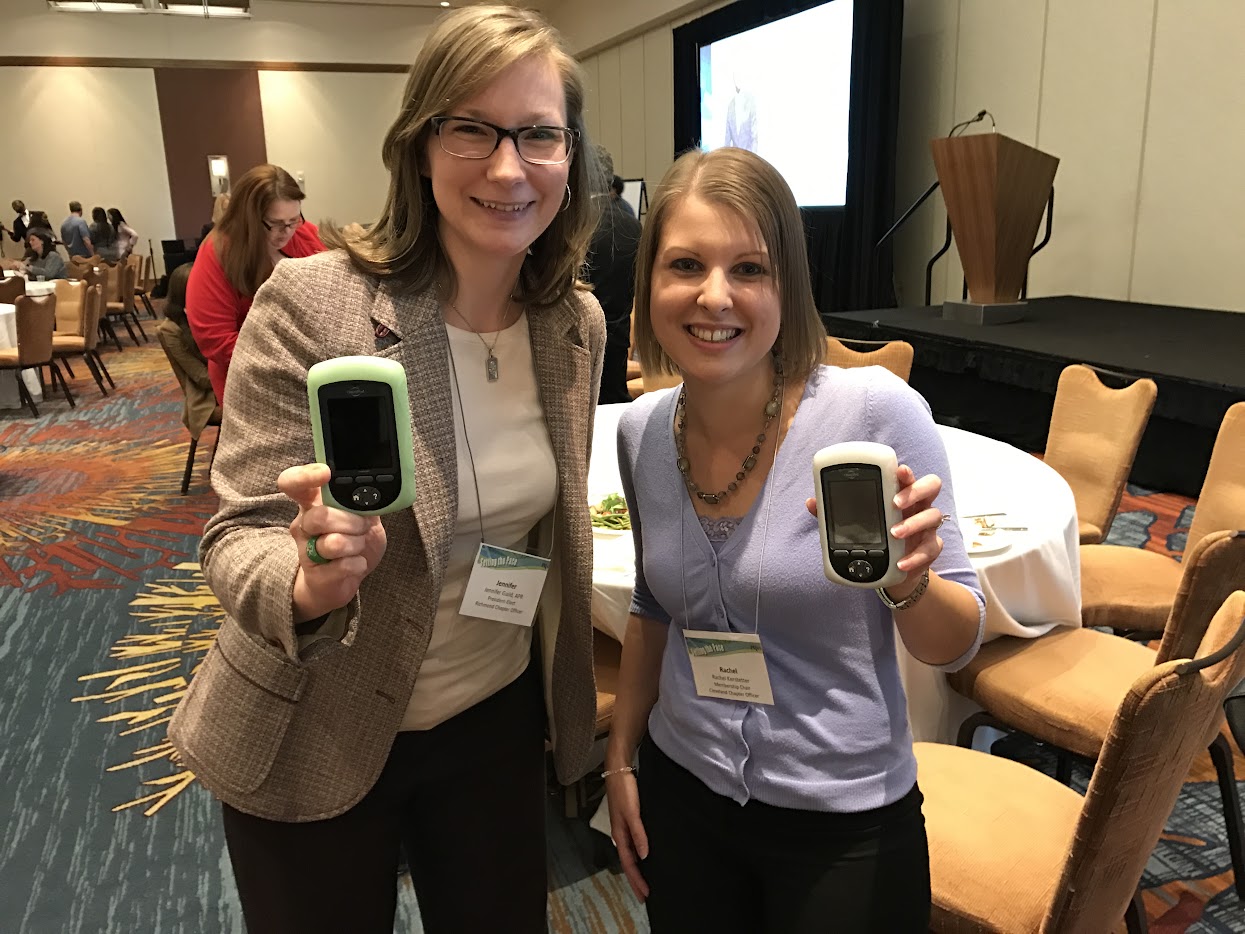 As it turns out, my fellow podder and I were both diagnosed with diabetes as adults… about 5 years ago. We swapped stories and talked about not just diabetes, but just about everything else.

The next day, there was free time between the pre-conference activities and the conference kick off, so I decided to see what what around. My phone let me know that the historical society (just a couple of blocks from my hotel) had an Eli Lilly exhibit open so I walked over. I got there about 30 minutes before it closed and I let the lady at the admissions desk know that I just wanted to see the one exhibit, she asked me some questions and found that she could get me in for free (even better!). 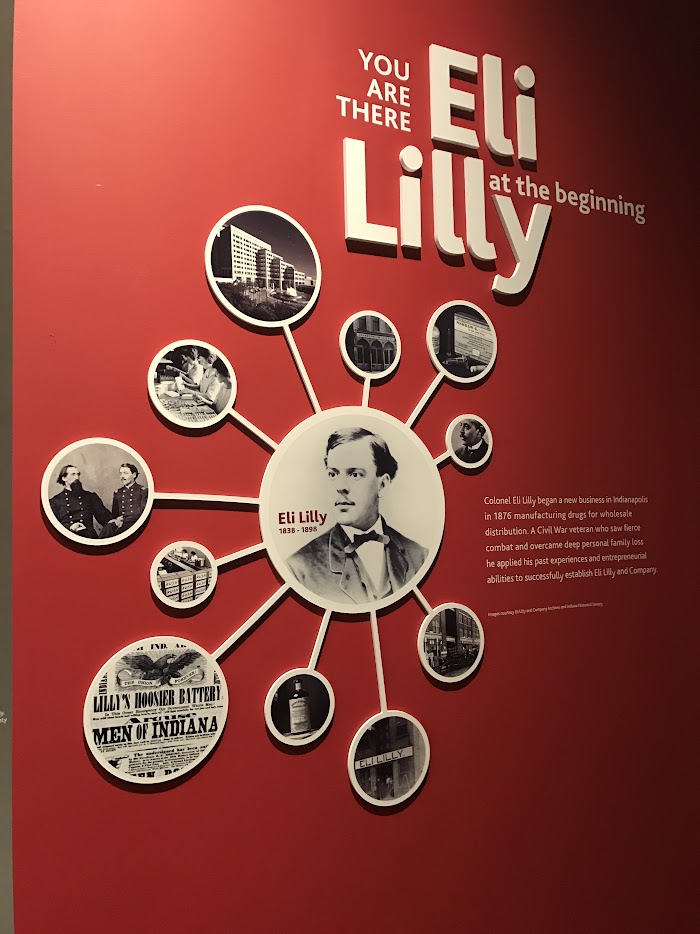 The exhibit was small but interesting, they set up Col. Lilly’s first store and I actually got to “meet” Eli Lilly from 1876 and some of the people in his shop. Unfortunately, if I had lived in that time, I would have died at 22 years old because in 1876, type 1 diabetes was a death sentence and insulin hadn’t been discovered. But regardless, my fake time travel conversation was interesting. When I asked why he started his own apothecary shop, he explained about splitting from a partner who was overcharging people. I had to bite my tongue to not bring up insulin’s soaring prices.

After leaving the shop, there was a timeline and more displays about the company and what they do and how they’ve grown, right in Indy. Insulin did make an appearance in that part of the exhibit. 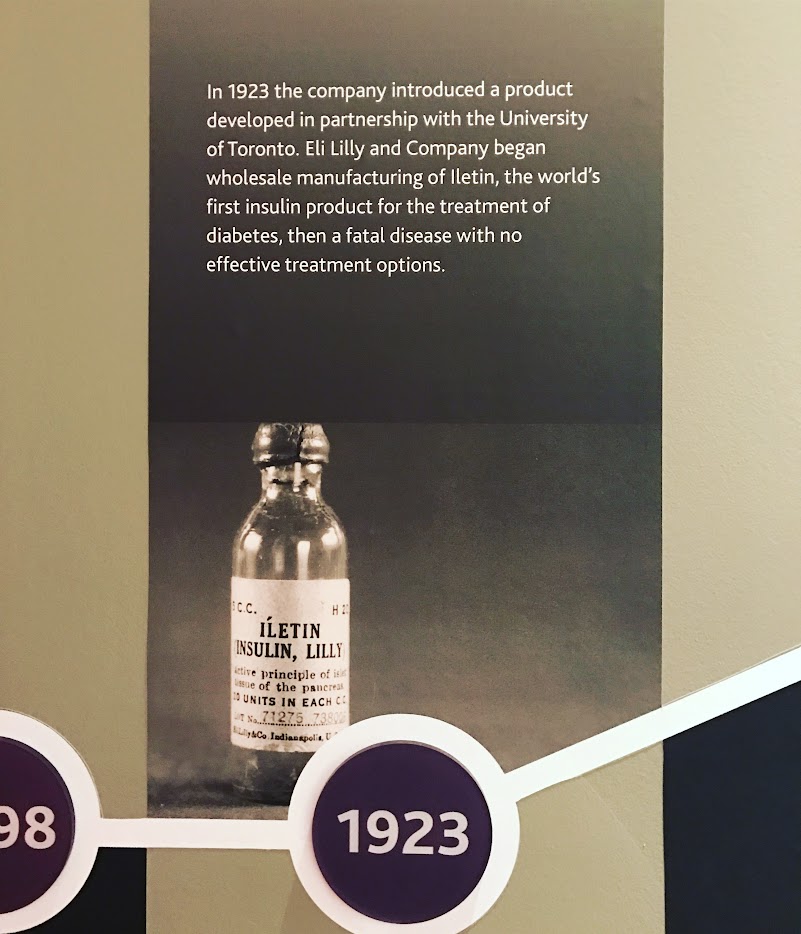 After I left the historical society, I decided to check out the canal that runs through town. It was a beautiful October afternoon and perfect for a walk, getting me up and moving in the sunshine, a welcome change from the previous two days of sitting in windowless ballrooms for hours at a time. 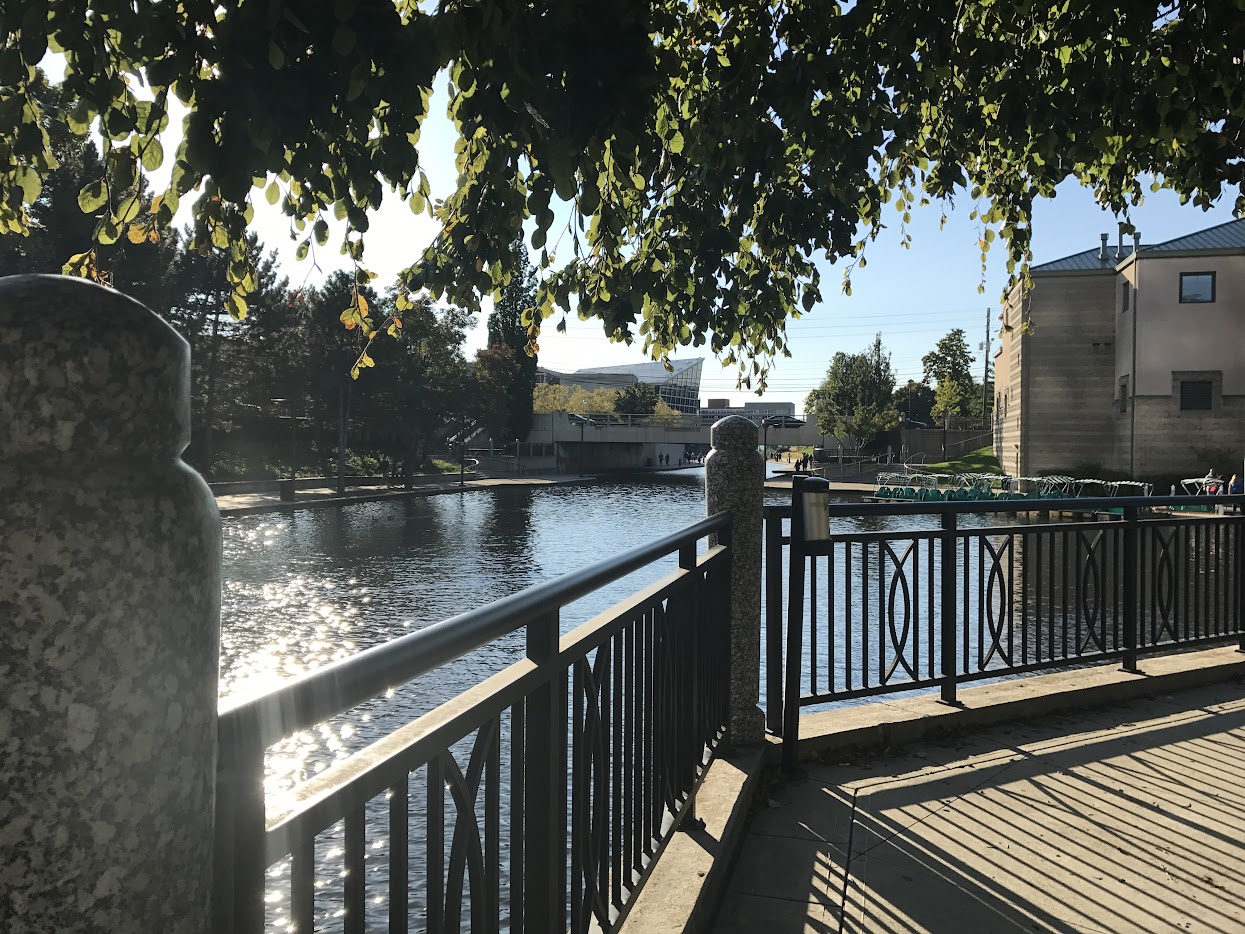 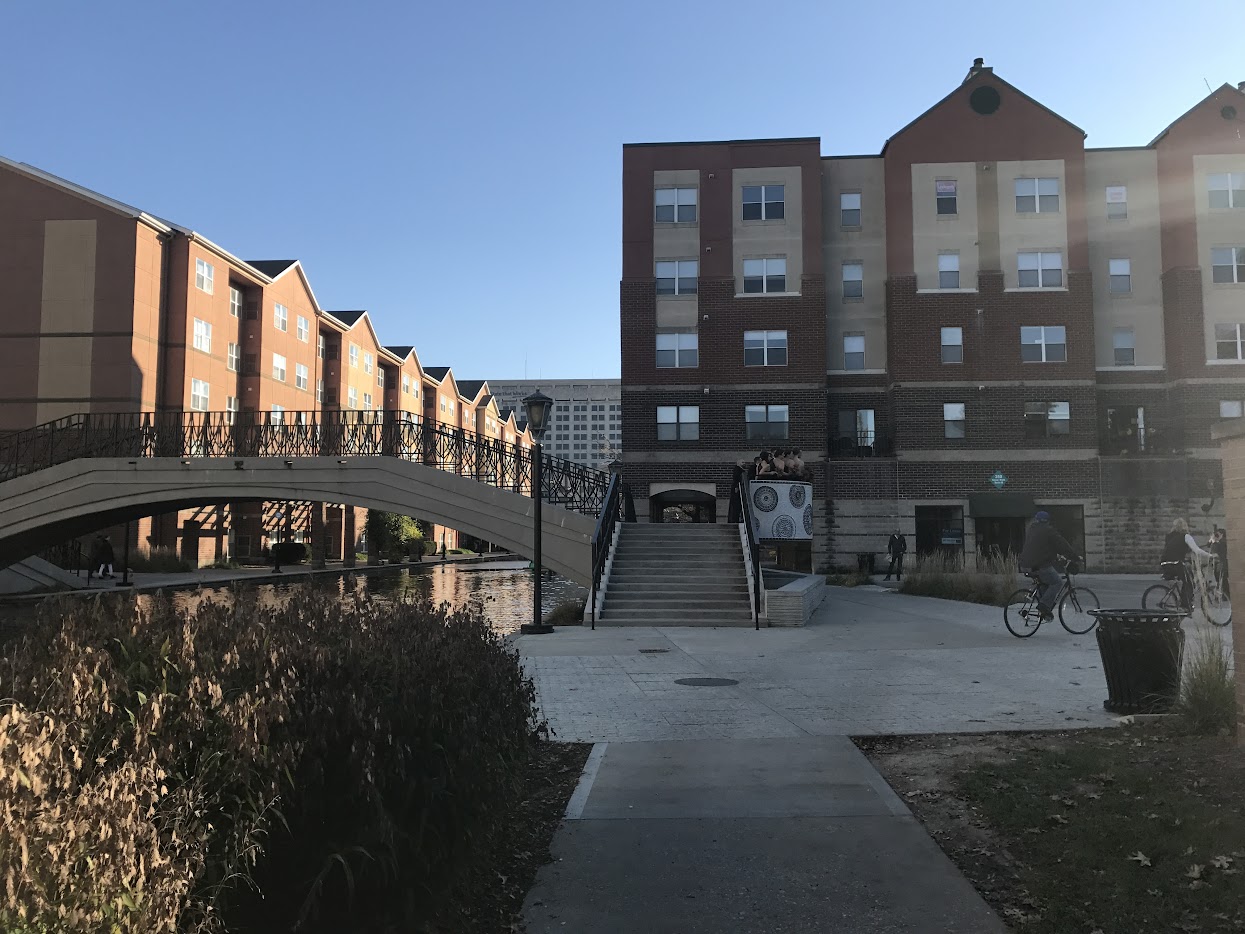 The conference itself good. I didn’t get to do too much more exploring during my time in Indianapolis. But I did get to try a few locally brewed beers, my favorite was Preacher’s Daughter Amber Ale from Fountain Square.

This was my second trip to Indianapolis this year. My first was more rushed and it was March for exploring outside was not an option, however the great thing about downtown Indy is that you can go pretty much anywhere via skyways.

Have you visited Indianapolis? What should I check out next time I’m in town?

3 thoughts on “Snapshots from Indy”