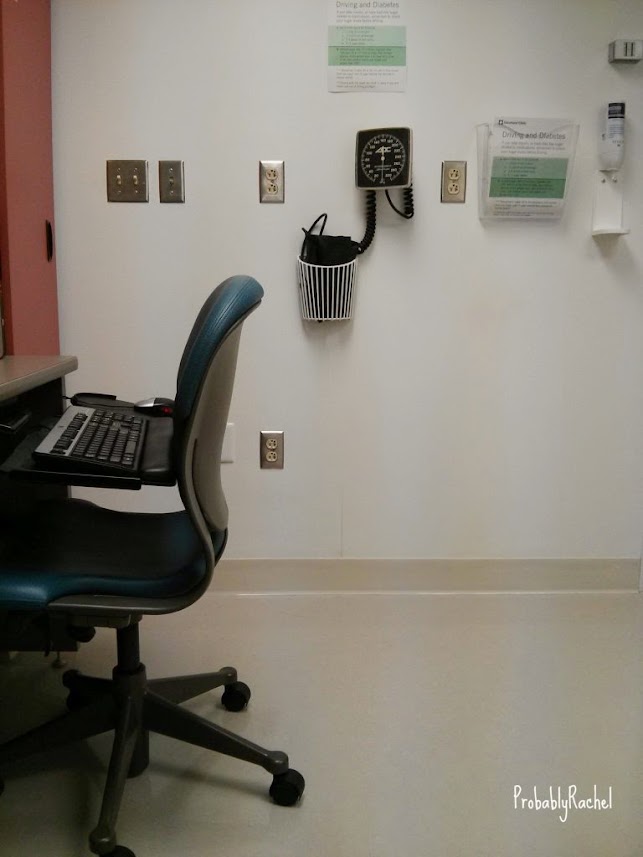 “Okay, so you need to come in for your diabetic exam,” she said. This terminology bothered me so I corrected her.

“I need to come in for a dilated eye exam,” I said.

“But you have diabetes, right?” she asked me.

“Yes, but I need to have a dilated eye exam,” I answered.

“I can get you in on September 18th for a diabetic exam,” she said.

You may be wondering why the terminology bothered me, after all the only reason I get dilated eye exams is because I have diabetes. It bothers me for three reasons:

The only reason that I didn’t make my next appointment while in the office last time was because the receptionist was out to lunch when I left. The first available appointment puts 8 months, instead of 6, between the times my endocrinologist has seen me. I don’t like this.

Yes, I’m planning to call for a next-day appointment in October (after my labs have been ordered “in advance”).