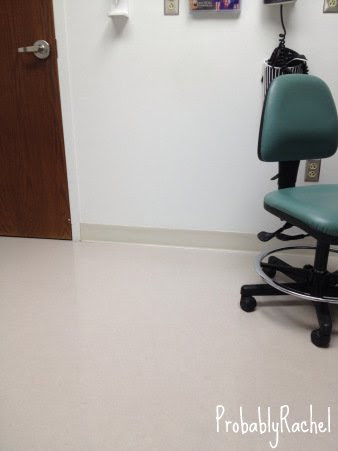 But in an ideal healthcare situation in a world that must include diabetes, here’s what I want:

Doctors who discuss care with their patients. I never again want to see a prescription for Humalog (when I take Apidra) sent to my retail pharmacy (when I use mail order) with an unfamiliar doctor’s name on it.

Doctors who listen to their patients. I fired a primary care doctor for not listening to me. There are good doctors who listen and work with you out there, but they should be the rule rather than the exception. Doctors should also be aware of what’s being said in the broader patient community, not just in the exam room.

Appointments when I want/need them not 6 months after when I need to get in.

Office staff who aren’t rude. I don’t need an appointment setter insisting that I need to schedule a “diabetic” eye exam in an accusatory tone when I call to set up a “dilated” eye exam. I don’t need to get a call from a nurse telling me I have to come in to get a new prescription, when I have an appointment already set, but need one extra month’s refill so I don’t run out of my medication (which wouldn’t be an issue if I could get a timely appointment).

Phlebotomists who get the right amount of blood and don’t have to stick me twice because they didn’t read the order right the first time. While we’re at it, don’t laugh at me when I ask if a finger stick can suffice for the rest, I’ve don’t a BMP off a finger stick before.

Insurance companies that cover what’s necessary to be healthy and live well, not just what I need to keep from dying. I shouldn’t have to prove dangerous hypoglycemia to get a CGM and I shouldn’t have to prove damaging hyperglycemia to get an insulin pump. I shouldn’t be forced to be a science experiment on a different medication just because my insurance company and the company that makes the medication that works for me don’t see eye to eye.

ERs that know E stands for “Emergency” and check every car accident victim for concussions without their family members having to ask. ER staff who act like a 20-something having a stroke is indeed serious and who can diagnose gallstones.

Healthcare professionals who know the simple symptoms of diabetes regardless of the patient’s age or weight. Who will actually test for type 1 in an overweight individual.

Patients who are treated like people not faceless diagnoses and aren’t judged by what they look like or what their bodies can’t do.

Insulin that’s stable at all temperatures. While we’re at it… that can be delivered via pill or patch and doesn’t break the bank.

Endocrinology nurses who know what an insulin pump looks like.

Hospital cafeterias that provide all nutrition information for their food… not just calories.

Healthcare professionals who want patients to be healthy not just to get billed a facility fee and for 20 minutes when they only got 10.

Doctors who ask what your questions are and honestly answer them.

Patients who are engaged in their own care.

Healthcare has come a long way from country doctors handing out pink pills in tiny envelopes, although I’ve heard of a few who still do, but I think it can be better. I needs to be better.