My insurance company called me about a program they have for people with    diseases. The conversation went something like this:

Ins. lady: “Ms. Kerstetter, if your daughter were enrolled in this program you would automatically get your supplies from…”

I know that when the general public sees the words “type 1 diabetes” or “juvenile diabetes” (as I’m reasonably certain my insurance forms had to say) they think of children, probably even this photo:

Here’s where I got it, but I’ve seen it all over the internet

It’s way more common than people think for adults to be diagnosed with type 1 or LADA diabetes. The reason people don’t think it’s common is because the stories of type 1 being diagnosed in adults are rarely told and rarely shared.

I tell my story.

I tell it so much that people might feel that I cram it down their throats.

No one else seems to want to tell our stories. People diagnosed as adults are often under represented (or not at all) in news articles and on diabetes-supplier sites/blogs/newsletter/etc.

I believe that our stories need to be told. Type 1 diabetes cannot stay cornered in the neat little box of “childhood illness” with words like “juvenile” continuing to represent it. Why? Because even doctors don’t pay attention to the symptoms of type 1 when they appear in people over age 18. So many of the adult diagnosis stories I’ve heard include misdiagnosis as type 2 and sometimes months of ineffective treatment, guilt and frustration. Others of us (like me) were accidentally diagnosed when looking for something else as a potential cause for our problems… No one else seems to want to talk about being diagnosed with diabetes by a pregnancy test.

But the  problem with using almost exclusively little faces to raise awareness is that people think that you grow out of diabetes. You can’t grow out of type 1 diabetes without growing a new pancreas… and as far as I know, that’s scientifically impossible. There are medical companies that only acknowledge type 1 as “childhood-onset diabetes.” This is wrong and it should be stopped.

Because of the way that people choose to share stories and focus on the kid-factor people continue to believe the wrong things about diabetes. The fact is, diabetes doesn’t discriminate on age, but society does.

This picture may not raise funds for diabetes research, but I love to use it as a representation of what my diabetes looks like… and it flies in the face of many of the commonly held misconceptions about diabetes: 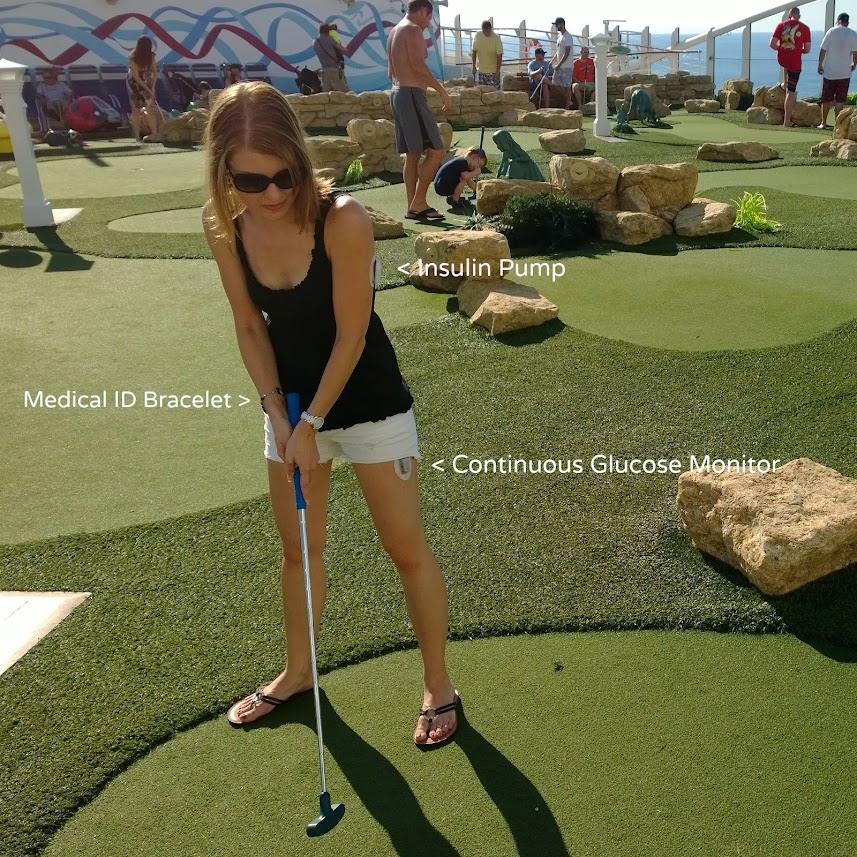 The woman in the photo is an active adult, who never had type 1 as a child but carries it with her everywhere she goes now. She has never been fat, she didn’t ask for it, but she works hard to be healthy.

From a medical/insurance standpoint, I do hope that the lady was reading the wrong profile like she hastily said she was and not making the faulty assumption that it had to be a child in question because type 1 is a “childhood illness.” I would be the first one to know if I had a daughter and my insurance forms would reflect as much. Aside from me, there’s one other person on that policy and there’s no chance that he’s my daughter.

7 thoughts on “Type 1 Diabetes: Not Just for Kids”