Last Thursday was an at-sea day on our cruise. Brad and I were in our room on the ship and something didn’t feel right. The normal motion of the ship had changed. A few minutes later, the captain came over the PA system letting the passengers know that the ship had turned around to investigate something in the water and they would let us know about the outcome.

We were curious so we treked to the top deck and looked out. I could see something floating in the water, but there wasn’t much more to see and we headed down to get coffee and an afternoon snack. The cafe was full so we went back to our room to eat our snack. While walking back to our room, we were updated over the PA that they were sending the rescue boat out to check on a possible person overboard. It was surreal to think about and as we discussed the situation while walking down our very long hallway, we noticed a flurry of activity among the housekeeping staff. There were way more crew members in the hallway than usual and they all had paper and pen in their hands. Farther down the hall a supervisor was talking to two stateroom attendants (ours included) and as we approached we could hear that he was giving instructions to them saying that after the announcement they should knock on the doors they were responsible for, whether or not the “Do Not Disturb Sign” was out, but to wait until after the announcement was made. It was clear that they were gearing up to do a head count of all 6,000 passengers. 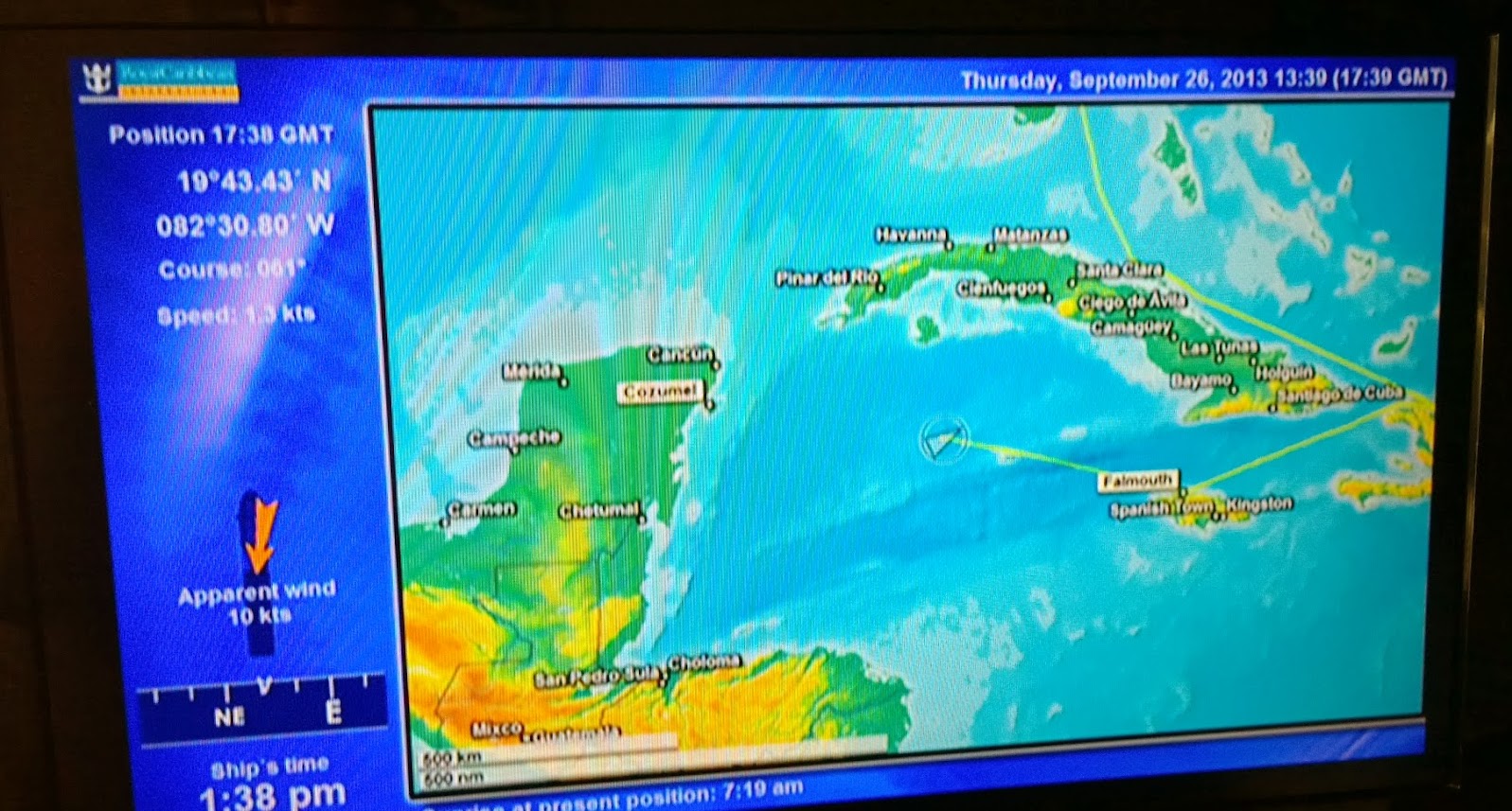 In our room, we clicked on the bridge information channel that confirmed the Allure was basically stopped and had turned. Who do you call if you find a body in the middle of the ocean? We were close to the Cayman Islands, maybe call their authorities? We speculated some of the scenarios. About 20 minutes later, we felt the ship move again and we left our room.

The captain came on the PA again to address us. He gave us the whole story, some passengers saw what appeared to be a person in the water and called the emergency line. The ship turned around to investigate, deployed the life boats and discovered a tree trunk floating in the water with a bird on it. He called it a stork, other officers called it an albatross. Regardless, the bird had been flapping it’s wings (as they do you know) and from the distance it looked like a person waving for help. When the rescue boat reached about 50 feet away from the tree trunk, the bird decided to leave and flew away. He thanked the passengers for alerting the emergency line and let us know that we would be on time arriving in Cozumel, Mexico in the morning.

Sometimes it’s just a bird floating on a log… but it never hurts to be cautious.

On another note, I returned to work yesterday and it was a bummer to change the presence setting on my phone from “On Vacation” to “In Office.” However, Brad took an additional day off  since he wasn’t feeling great and his company doesn’t differentiate between vacation, sick and personal days, it’s all PTO. The sweet man emptied and reloaded the dishwasher, made dinner and did three loads of laundry when I was expecting to come home and try to squeeze in two loads of vacation clothes. We did one more load of laundry together and finished it all! He’s wonderful.