“I swear she’s going to start charging me rent!”

That’s what the plumber said to my husband when I got home from work yesterday. He was out to our house on Monday to unclog the drain in our bathroom sink (the one that Brad pulled a toothpaste cap out of and it still wouldn’t drain). He was back on Tuesday to attempt to replace to pipe from the sink to the wall for us that was original from when the house was built (read: more than 80 years old). He couldn’t finish the job because he needed a new part so he came back yesterday. When the drain pipe to the wall was replaced yesterday, the sink still didn’t drain so they re-snaked it. To make a long story short: the original drain pipe from the bathroom failed and began leaking into the kitchen, just above the sink.

Our upstairs bathroom is getting torn open on Friday to pull out the pipe and replace it. Since the plumber has spent more waking hours at my house than I have this week… maybe I should charge him rent.

We had already begun making plans to update the bathroom, which we didn’t do when we bought the house. When we first moved in, we repainted every room that had carpet since we were going to replace the carpet. Painting over carpet that’s going to be ripped out is really a super easy way to paint! Our main bathroom and our kitchen really got stuck in the 90s but we left them for awhile.

So this thing was hanging in the bathroom when we moved in: 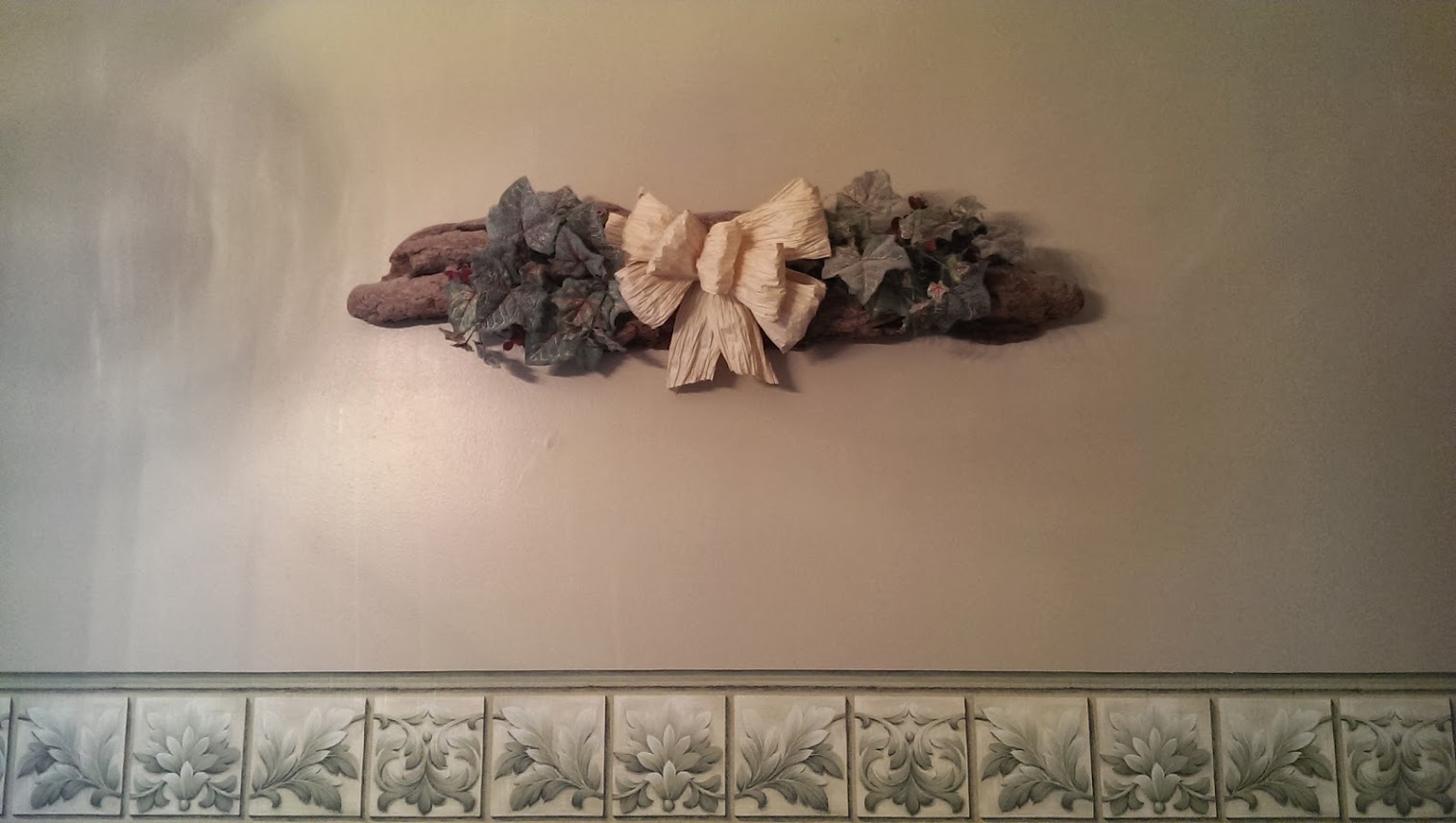 Thinking that it was just hanging on a nail in the wall, I tried to just lift it off the wall… no such luck. I gave it a few pulls and wiggles and found out that the thing is really stuck on my wall! Needless to say it’s still hanging there for now until I task Brad with its removal. I think I understand why the former owners left it there when they moved out!

I love the charm and character of our old house and the updates that the previous owner made, but one of the drawbacks of an old house is the old plumbing.