Father’s Day is an incredibly tough day when you don’t have your dad anymore.

Instead of appreciating the other fatherly men in my life, I find myself getting sad and returning to the grief . I’ve found myself even becoming envious of others who still have their fathers.

I was blessed to have 22 years with my dad. That may be less time than many have but it is more time than others have had. Instead of wallowing in feeling like a fatherless child this year, I’m acknowledging that I miss my dad but that I had more than two decades of his wisdom, teaching, humor and care. His love stays with me.

Just like I have lots of great women in my life, I have a lot of great men, who happen to be fathers who are there for me when I need “dad” stuff.

In honor of Father’s Day this weekend, I’d like to tell you about my father-in-law in today’s Friday Five:

My Father-In-Law (aka Dad K)

Brad’s dad is navigating having a “daughter” pretty well. Having raised two boys before I ended up in the picture nearly 8 years ago, girl stuff can be foreign to him sometimes. From noticing a new hairstyle, saying “cool boots!” and complimenting a dress without knowing what the color is called (“coral”), he’s gotten the hang of fashion observation.

He occasionally reads my blog and comments (in person) on my refashion projects and other crafty things. He even helped with a wedding DIY project! I wanted to make special hanger for my dress and the bridesmaids’ dresses. So he drilled holes in the wooden hangers for me and helped secure the wire. (You can see that project on the Bridal Buds blog, where I had a previous life as a wedding blogger)

Dad K stepped in long before the “in-law” status was achieved when I needed someone. One time, my own dad was hospitalized while out of town for a conference. During the time my parents were gone, the brakes on good old Sputter went out. Brad’s dad crawled underneath of my car to check out the severity of the failure and the  feasibility of fixing them. That was also the end of the line for Sputter as a road-worthy car.

He’s also willing to help anyone who needs it car shop. He helped me find a dependable vehicle that saw me through many road trips and long work commutes.

During my sophomore year of college, I got really sick and needed to go to the doctor. It’s like every time I really need medical attention, I’m in no shape to drive myself to it! Brad had to go to class, so he asked his dad to take me. Dad K showed up and took me to  my doctor’s office and waiting with me until I was called back. When I was finished with my appointment, he took me to the pharmacy to get my prescription filled and got me back to my apartment. It’s definitely not a dad’s obligation to shuttle his son’s girlfriend to the doctor, but he was more than happy to help out.

When I was released from the hospital after my diabetes diagnosis, my mother-in-law helped Brad shop for the new things I needed and groceries. It was clear that I should not be left alone, so Dad K and my brother-in-law hung out with me and watched Despicable Me.

My Dad K works in the field of industrial health and safety. I work in industrial marketing/pr. Our fields overlap enough that he is probably the person in the family who has the best understanding of what I do. He attended a trade show earlier this year and came across some of my work on one of the booths and sent me pictures of it… then proudly told the person working the booth about his daughter-in-law who worked on it.

When his company wins safety awards, he tells me about the promotion efforts of them and I share some of my published articles with him.

My father-in-law is really great at being a father-in-law… but I’d say he’s even better at being a father. I have Brad’s parents to thank for raising him to be the man that I fell in love with and married. Not all young adults can say that their father is truly interested in their lives and explicitly proud of them. Brad can say that. His parents want to know how we are, what we have going on, what we did this weekend, etc. Dad K loves to come to Cleveland for conferences so he has an excuse to hang out with Brad (and me). It’s normal to hear Brad’s dad say, “I’m proud of you,” “I’m happy for you,” “You’re doing a great job,” and so many others. 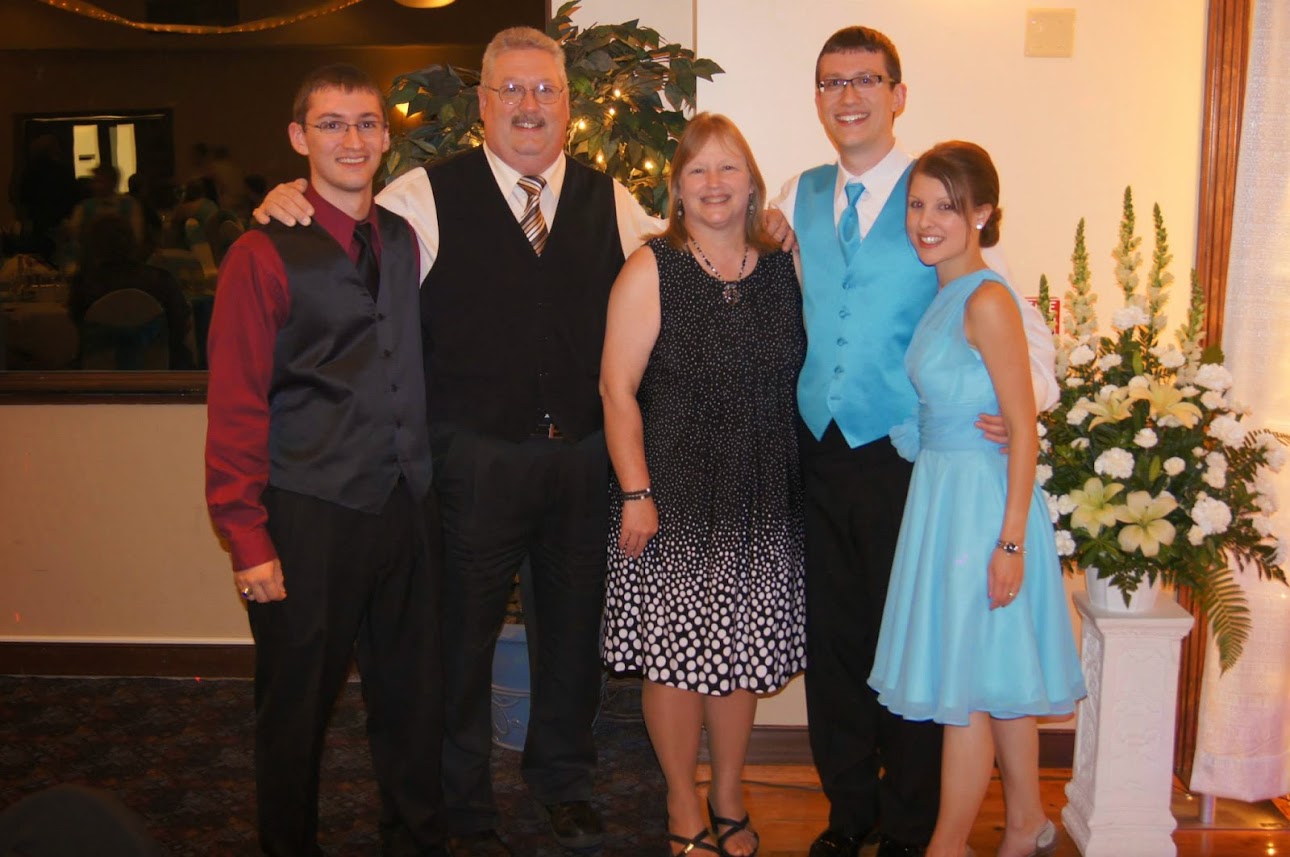 A lot of wives don’t know their father-in-laws very well, or worse don’t feel accepted or approved of by them. I’m blessed to have married into a family like Brad’s and hope that they already knew it before reading this blog post!

(I would put money on the chance that Dad K will be wearing his Grill Sargent t-shirt, that we gave him for Father’s Day last year, when we see him this weekend.)