I picked up this coffee bean print dress in the same thrift store trip that I picked up the jumpsuit that got new life as a dress last year. 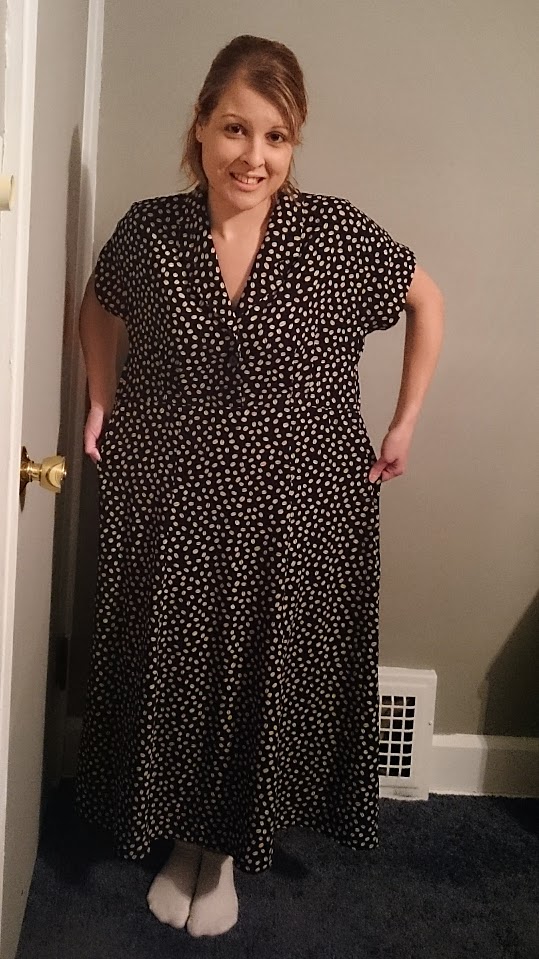 Obviously I took my before pictures before we moved. It had a collar, a couple of awkward front buttons and strings to tie the back. 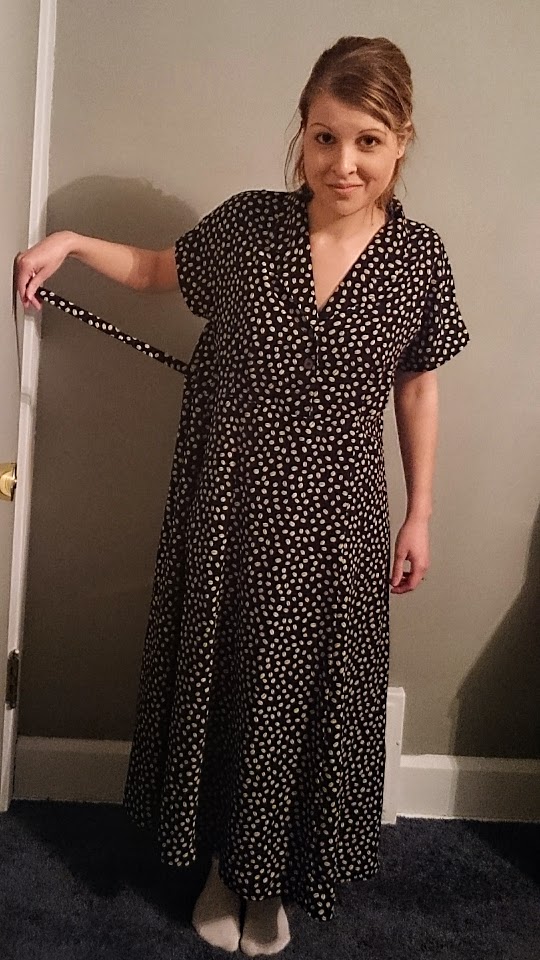 But the print was perfect… I mean it’s coffee beans. 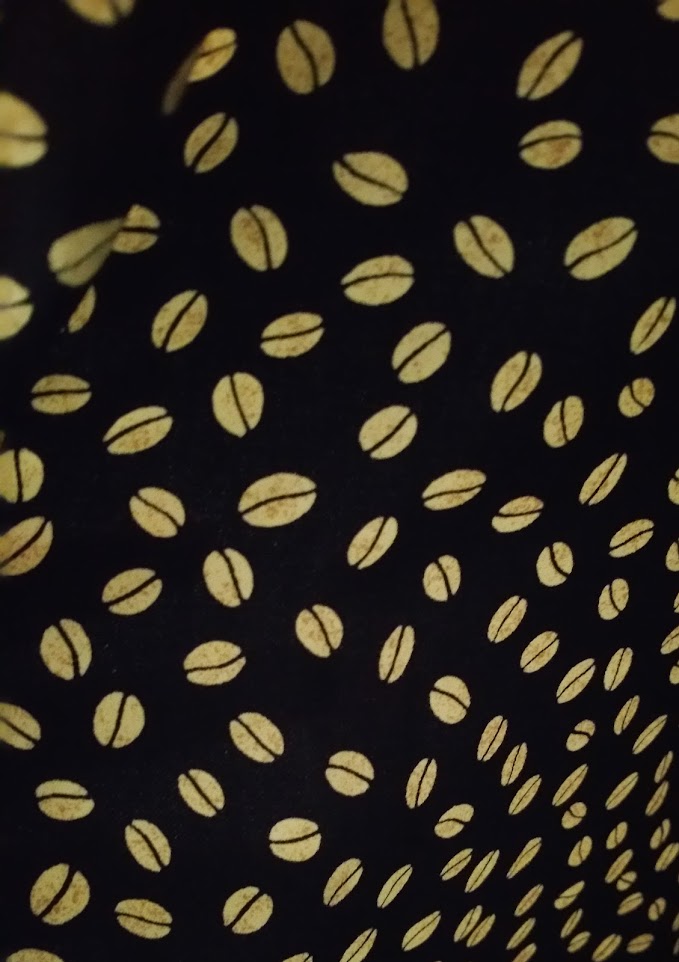 Once my vision for this refashion came together, I started calling it the Lorelai Gilmore dress after one of the main characters on the TV show Gilmore Girls. Lorelai, and her daughter Rory, are basically obsessed with coffee. I think in every episode no fewer than 10 cups of coffee are consumed. Anyway, along with a coffee habit, I associate Lorelai with wrap dresses. In the later seasons she’s constantly seen wearing wrap dresses.

This large, long and strange caffeinated dress had the makings of a perfect wrap dress. So I started the project in our old house. First, I removed the buttons and shoulder pads. Then I put it on my dress form and made a cut straight down the middle, then I removed the awkward triangle of fabric in each armpit of the dress and carefully removed the back tie things. 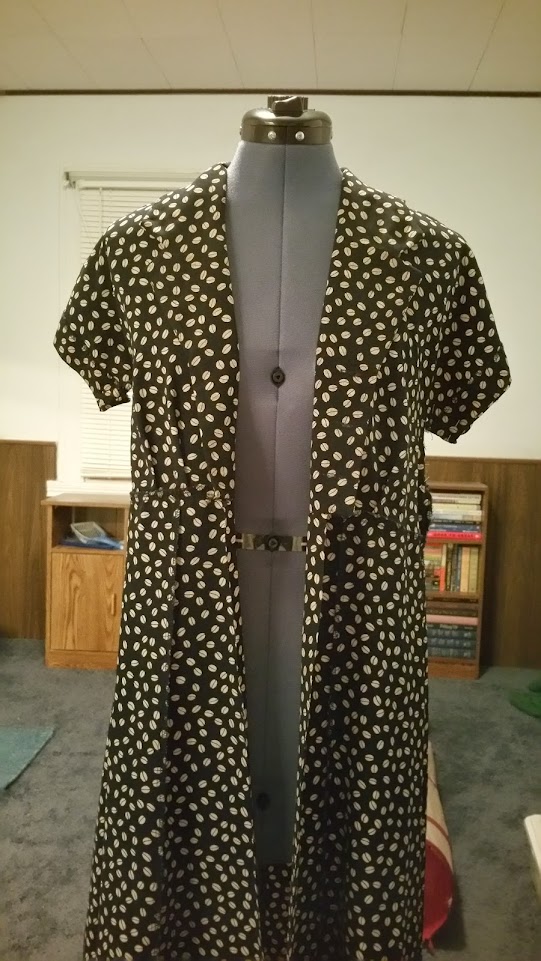 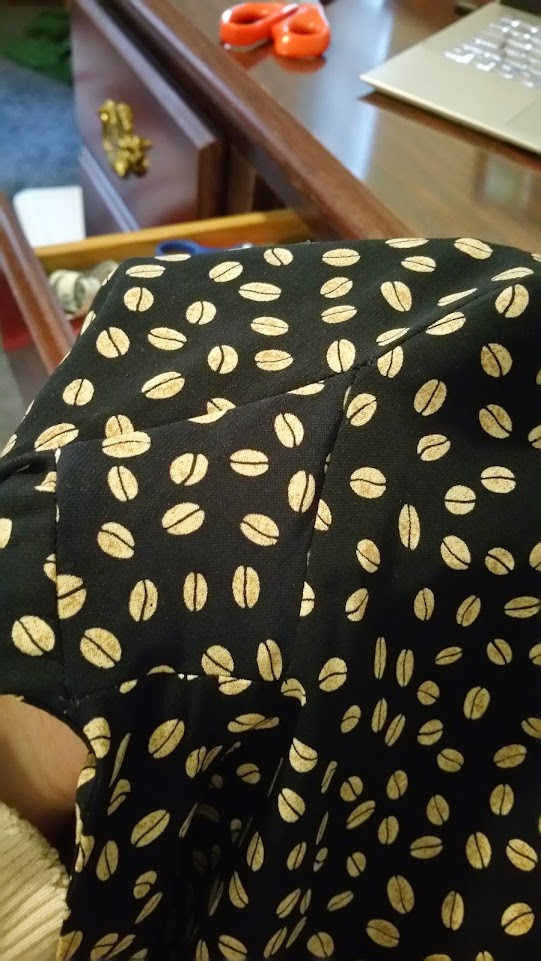 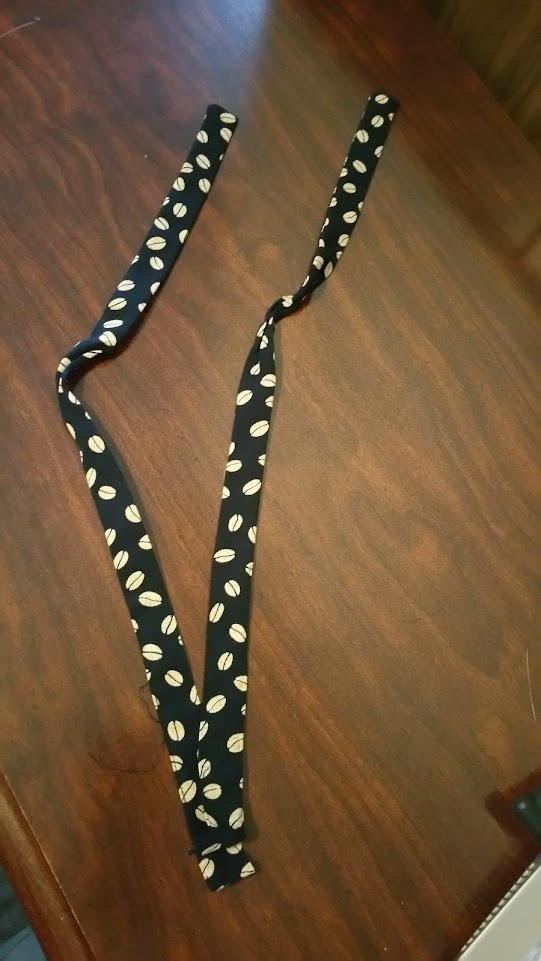 I flipped the collar thing inside and sewed the whole thing so it was basically a robe. It was at this point that we moved, so I packed up the dress and it stayed in storage while our house was under construction and we lived in the shoe box.

Once we settled into the new place, I pulled the dress and Sally back out. I fine tuned the sides and darts to fit me. Then I fitted the sleeves to my arms.

Next, I placed the ties so I had a wrap-maxi dress. At this point I continued to fail at the picture taking and lopped off about 10 inches from the bottom. I ended up taking part of the bottom scrap and created one extra panel just for modesty overlap.

The final step was putting in a snap to hold the under layer in place, and ta da: 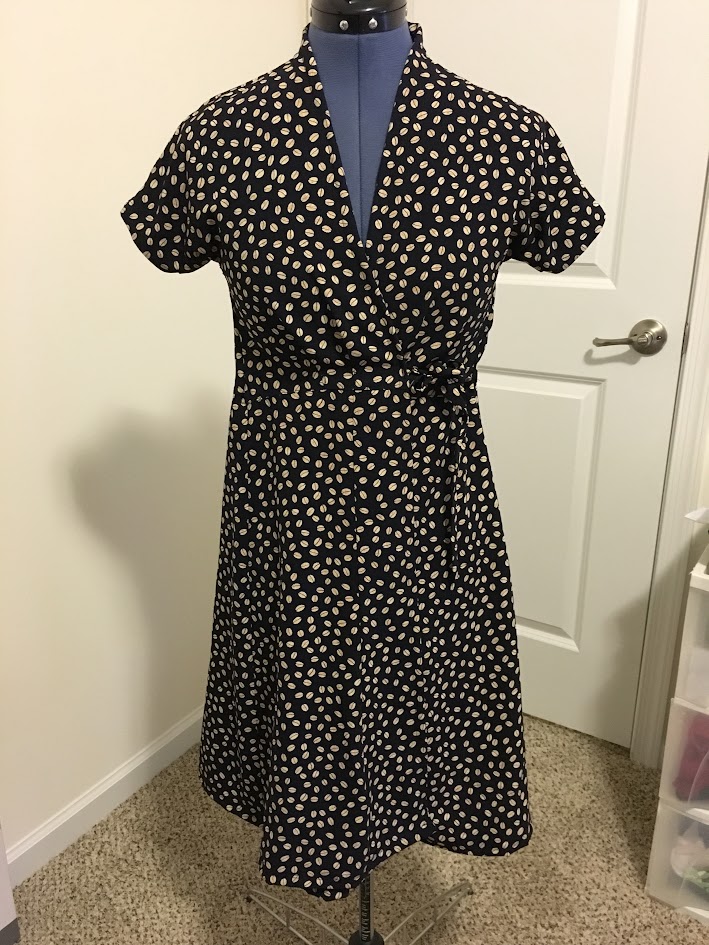 The only thing left to do was grab a cup… of decaf of course. 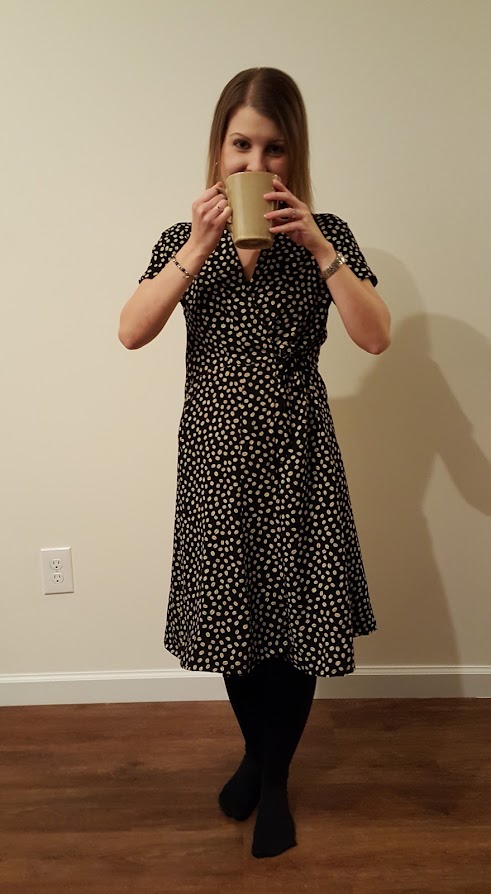 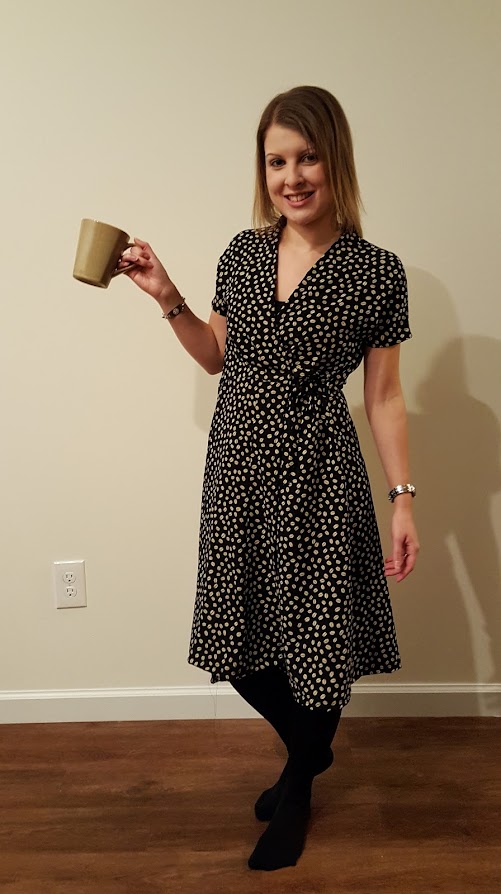 Which television character’s style would you copy?