Our plans for this weekend were originally to paint the bathroom (finally!), but alas that will not be happening. I’m actually really frustrated with the delays in our sprucing up efforts in the kitchen and bathroom. There are many contributing circumstances but if things had gone as originally planned, all of my rooms would be nice and new looking before Thanksgiving. I can’t really dwell on what we’re not doing this weekend because some of what we are doing is pretty cool.

1. My weekend starts “early” kind of with the PRSA Cleveland Rocks Awards and lunch. I love being around so many talented professionals.

2. This evening is my husband’s company’s annual meeting followed by their holiday party. Last year was a rocking good time and I suspect this year will be as well. They’re holding it at The Arcade again and that place is just beautiful when decorated for the holidays. 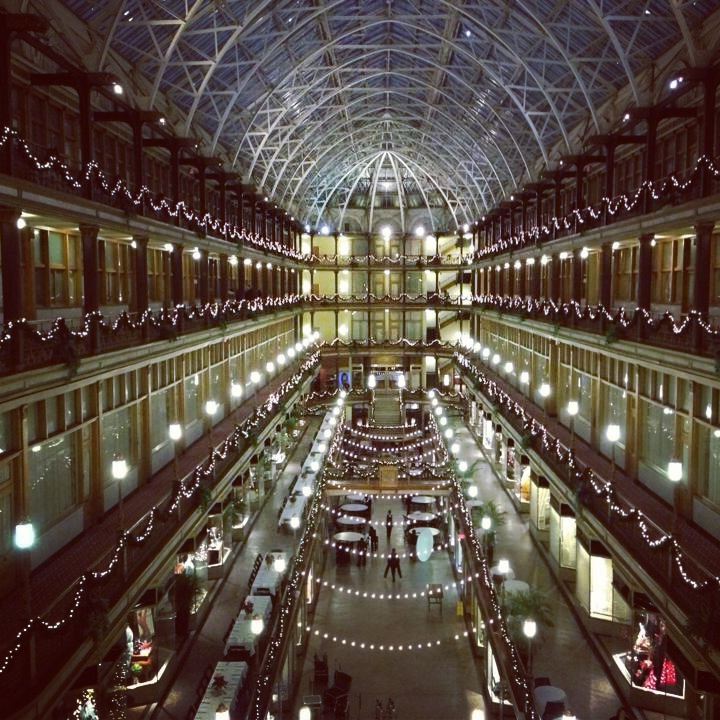 Last year from the 4th floor

3. Since we’re staying downtown after the party, we’re heading east to visit our friends and meet their new puppy! (She’s not really a puppy, she’s a full-grown greyhound!)

4. I have a whole long plan of things to do on Sunday when Brad takes to the skies again, cutting our weekend short. My plans include wrapping the few Christmas presents that we’ve gotten so we’ll see.

5. I start tweeting for @InTheCLE starting on Sunday. I’m really excited for the opportunity and hope to learn a lot during the week that I’ll be tweeting. In the CLE is a citizen voice social media channel that lets Clevelanders share and promote their love for Cleveland via Twitter. Feel free to follow along and tweet Cleveland stuff at me there.

What do you have going on this weekend?