The irony of asking a person with diabetes to try a new ice creams was not lost on the folks at Ohio-based Graeter’s Ice Cream when they asked if I’d be interested in sampling their new low-glycemic flavors. Although they shipped six pints of ice cream free of charge, all of the opinions that follow are my own and I’m not being compensated for them. 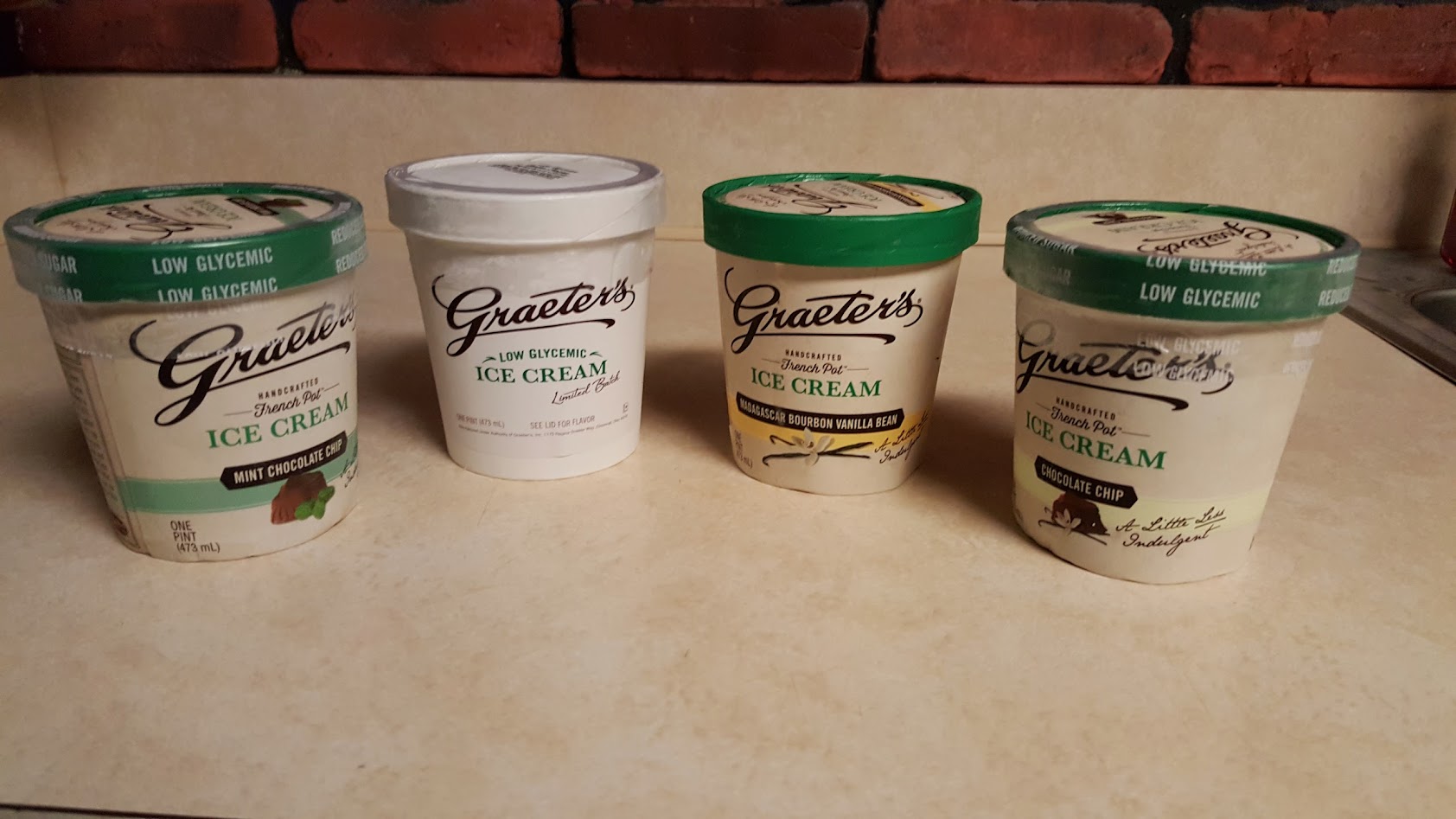 I received the following flavors to try:

The summary of my taste test is this, each flavor tasted extremely good and although there’s nothing scientific about my testing, the impact on my blood sugar was minimal.

I love ice cream, especially in the summer time as the weather is supposed to get warmer. But I frequently shy away from the sweet, cold goodness that is ice cream because it’s not a smart blood sugar choice. So the Graeter’s low-glycemic ice cream was a welcome treat!

I tried the mint chocolate chip first and noticed right away that it was a smooth, light texture to it and giant chunks of chocolate, no chips to be found! The chocolate chip was the same way. 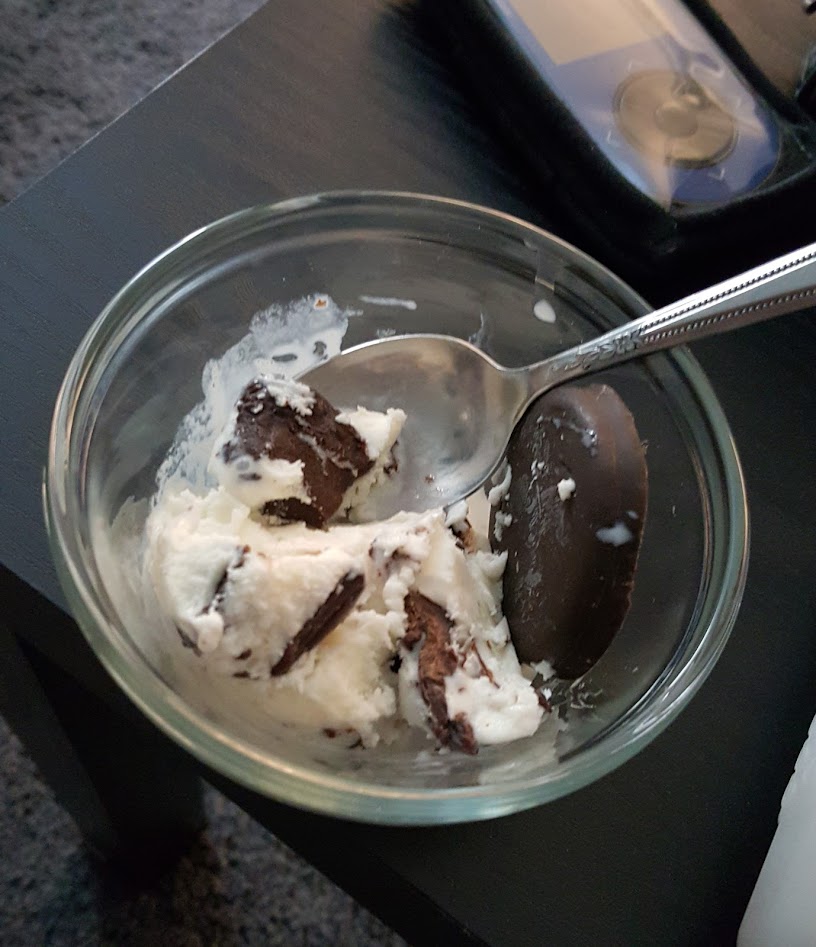 The Madagascar bourbon vanilla bean was an incredible vanilla flavor and just melted on the tongue. Brad tried every flavor with me except for the butter pecan because he doesn’t like pecans. The butter-scotch flavor of the ice cream was fantastic and the whole pecans were as welcome on my spoon as the chocolate chunk pieces were. 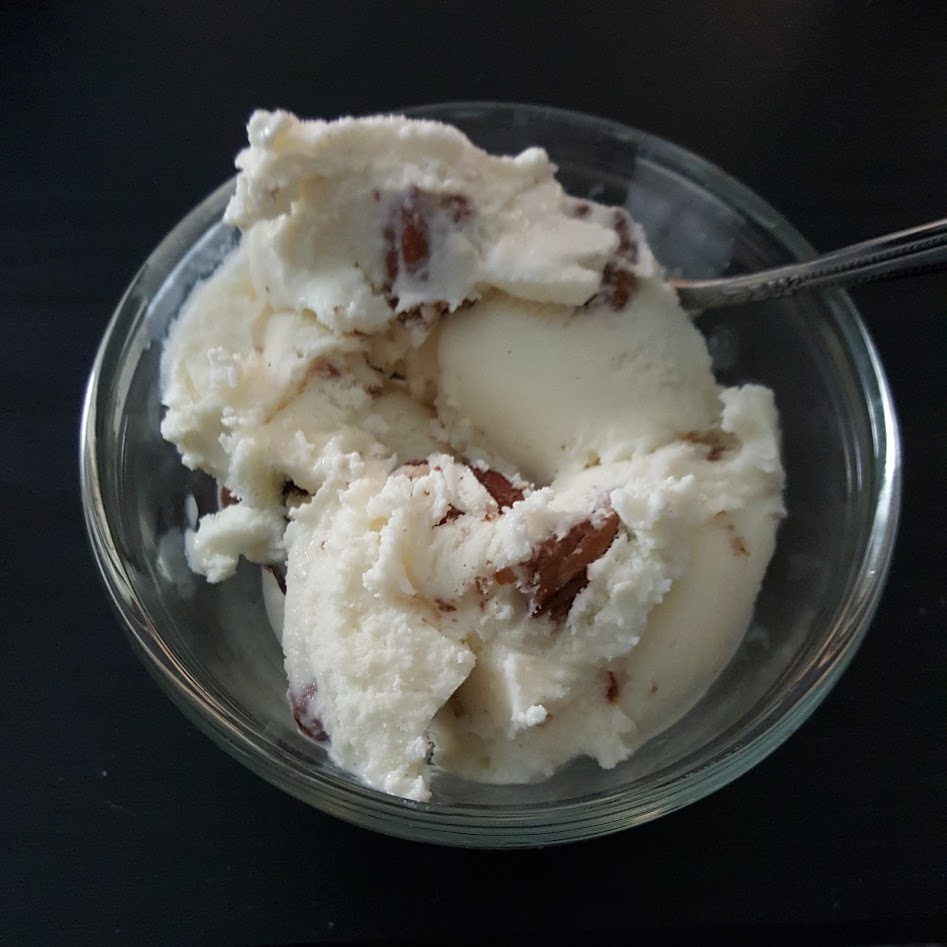 Brad can detect substitute sweeteners in anything and everything and he’s not a fan of them. He can even detect Stevia in foods by the taste. He didn’t detect a sweetened difference in the ice cream, the aftertaste that he goes by with substitutes wasn’t there with this.

I loved the flavor and texture of the ice cream, so did Brad. What I don’t love is the price. If you order it online, it’s $10 a pint (which is a Graeter’s standard, no specific to the low-glycemic) which makes it a splurge item.

They will ship it anywhere in the U.S. It’s also available at several locations in southwest and central Ohio, parts of Kentucky and in a couple of locations in Indianapolis, Chicago and Las Vegas.