On Saturday morning before eating anything (but after drinking four glasses of water), Brad and I arrived at the lab for my blood draw. It was packed! He accidentally fasted with me and his stomach was growling away while we waited. These labs were much easier, I think I got a really good person doing my draw. 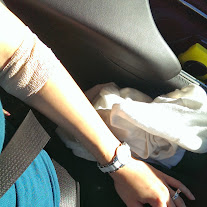 Afterward, we had a breakfast double date with our friends before heading south to celebrate my brother-in-law’s birthday. He turns 19 tomorrow! It’s crazy, when I first started seeing Brad, his little brother was just turning 12 and he was shorter than me. A lot has changed in the last seven years. Since I don’t have younger siblings, I think it’s been cool so far to watch Brian grow from the sweet middle school kid who I met, into a responsible young man.

On Sunday, I decided to do a little fall cleaning and organizing, and Brad set out to snake the bathroom sink which had been draining very slowly. Let me say that snaking a drain is pretty gross to begin with… it’s even more gross when your husband shows you what he pulled out of it: a toothpaste cap. To my knowledge, in the year and two months that we’ve been in our house, no one has lost a toothpaste cap down the drain. The conclusion that we drew is that it ended up there before we moved in. But still, yuck! 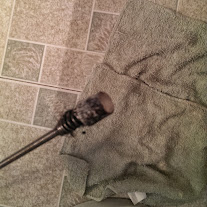 We’re putting together plans to update our very 90s bathroom… finally! It was one of the rooms we didn’t change before moving in, so while making plans for the room I wanted to reorganize and find homes for everything, which also meant cleaning up the diabetes drawers (I have two). 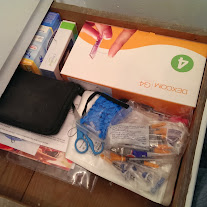 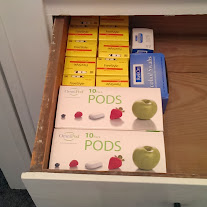 One thought on “Weekend Adventures and Mysteries”