I’ve had this purple patterned sundress for a long time. I’m pretty sure that it was given to me shortly before leaving on my first cruise in 2009 (fun fact: that was when Brad proposed to me). It was great for relaxing in Florida and in the Caribbean, as well as getting ready for my wedding… 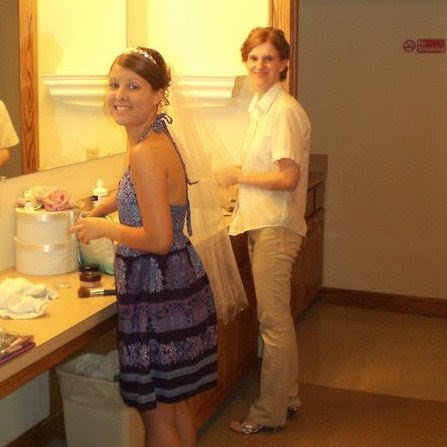 That’s me getting ready with my sister-in-law

But now, it’s been hanging in the closet in the spare bedroom because it’s a wee bit short for a respectable married lady to wear. I love the pattern(s) and breezy fabric so it was slated to have a new life as something else. 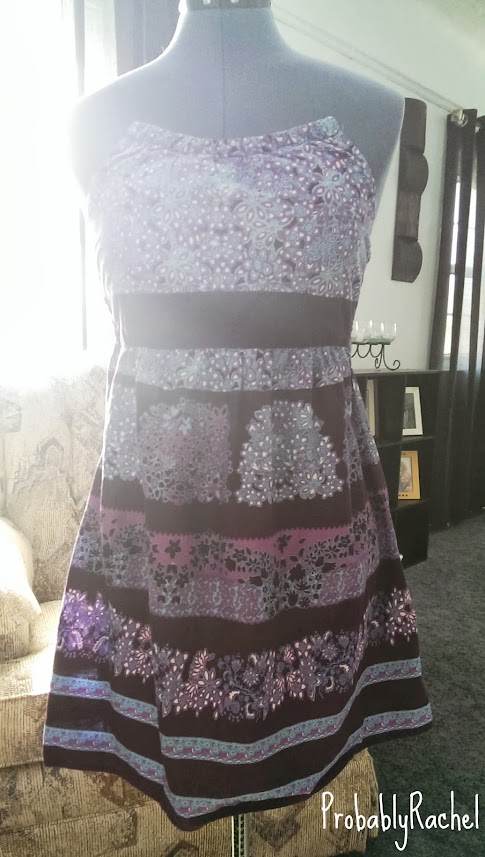 Minus the halter string.

I slipped it on my new dress form, who I might be calling Sally for completely arbitrary reasons. This dress was to become a top.

First, I chopped off some length. 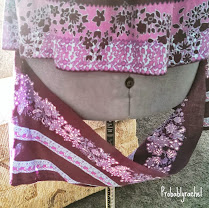 Then I hemmed the bottom of my new top. 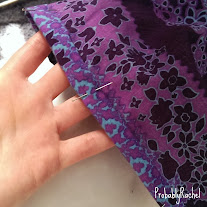 Next, I cut two straps from the bottom scrap 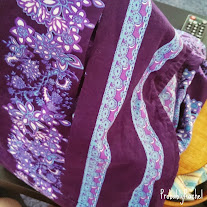 and stitched them into fabric tubes 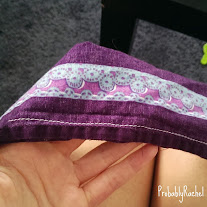 I turned them right-side out and pinned them to the top. 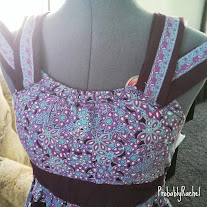 I tried it on with the straps pinned in place and coerced Brad into repinning them in place in the back in order to cover my bra straps. 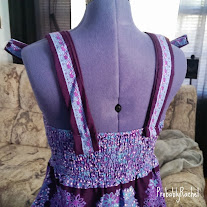 I cut off the extra material and hand stitched my new straps on. The shirt fit well but poofed out at the bottom, so I remedied that by taking the halter strap and tying it around and the empire waist line. I didn’t have enough time to make it into a proper back tie (which I might eventually) because it was time to leave for a cookout in my new purple, patterned top. 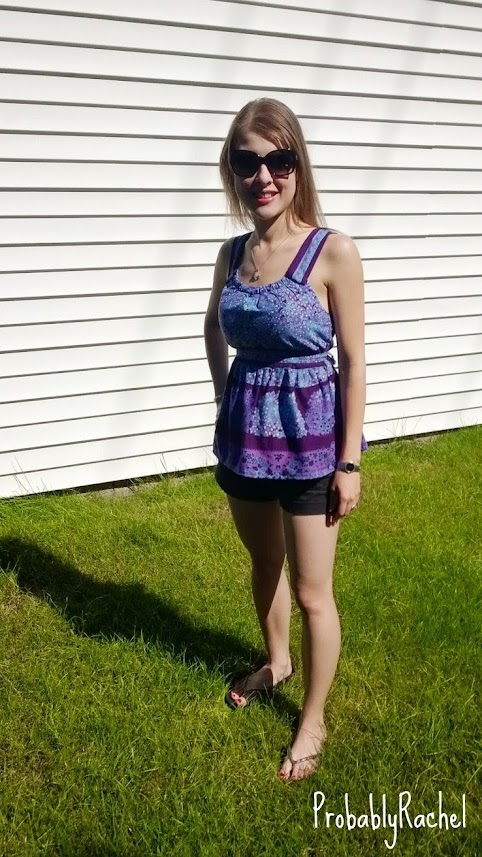 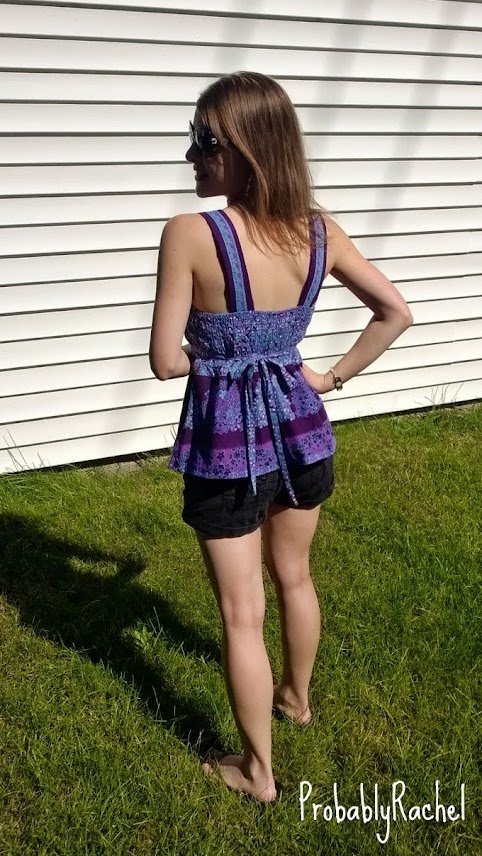 What do you think… is Sally a good name for my dress form? Or should I name her something more old fashioned? 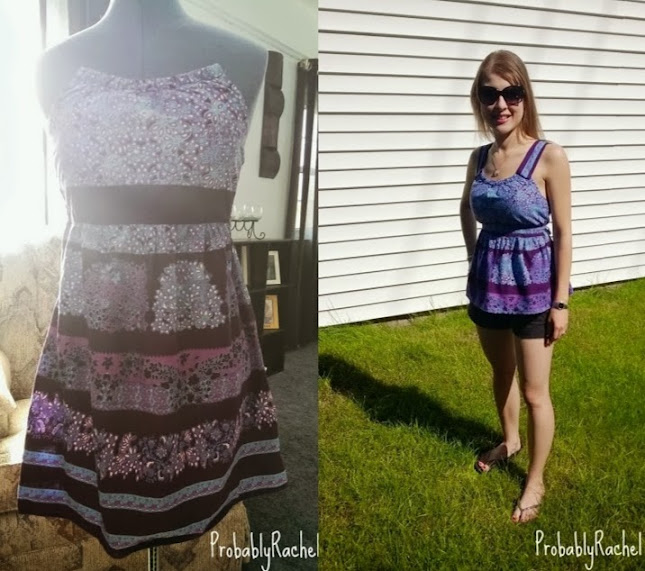 One thought on “Purple Patterns Refashion”