It’s been awhile since I’ve been on an airplane. The last time was our honeymoon in June of 2011. That means… I have never flown since being diagnosed with diabetes… and I’ve never flown with a medical device.

I’m flying across the country tomorrow. Of course I got my ticket early enough to build up a massive case of nerves. 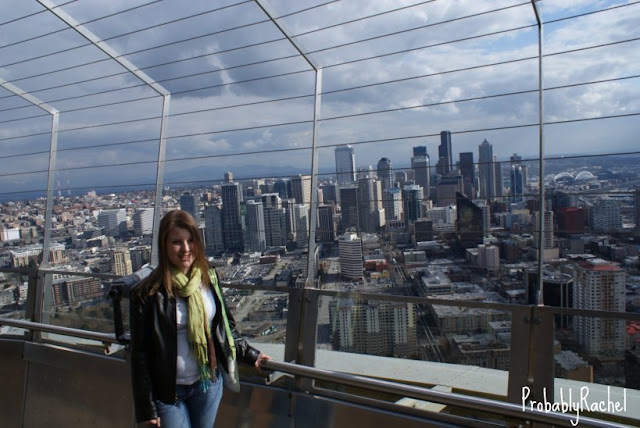 I’m excited to go back here.

The first thing I did though was email Lisa, who uses the same d-gear I do and has flown out of Cleveland before. Lisa was incredibly reassuring and answered my questions the best that she could and I felt better for awhile.

I stopped feeling better when Brad and I were planning out when we’d be going to the airport… then I started looking things up about policies for insulin pumps/CGMs when it comes to TSA. Long story short, there really aren’t any and it just becomes to luck of the draw for which agents I encounter. Beyond that research and reading travel recommendations (nothing that my doctor didn’t mention when we talked) I did probably the worst thing I could have done… I started reading flight stories. The stories that go online are usually the horror stories.

So now, less than 24 hours to take off, I’m pretty nervous. I have accepted that I’ll have to be patted down and I’ve accepted that it will take longer to get from check-in to boarding. But I’m still freaked out. I used to have major personal space issues, that have improved since my teens, but I’m pretty sure I’m not cool with being touched all over by a stranger. I’ve accepted that I’ll get my hands scanned again, which isn’t a big deal because that’s happened before.

I’ve prepared as best as I can, the only thing left to do is just go.

Brad is prepared to go though security ahead of me, unlike in the past when he’s followed “ladies first.” He’s prepared to wait with my things while security confirms that the only thing my robot parts do it keep me alive.

I’m prepared to ask for a pat down instead of be scanned. If we get herded through the traditional metal detectors, it won’t be a big deal.

Last night I had to change my electronics, so I interrupted my rotation to put them in places that don’t require a strip search to be inspected. My Dexcom sensor is on my arm and my OmniPod is on my stomach.

I have a note from my doctor. I have the most recent published  information from TSA about traveling with diabetes care items. I have my prescription labels and boxes. And I have extra of everything packed along with back up Lantus and syringes for Apidra.

I have my medical ID.

I’ll let you all know how it goes. Is there anything else I should do before leaving tomorrow?