No one wants to talk about things that are uncomfortable. The longer I’ve lived with diabetes, the less uncomfortable I’ve gotten with needles, blood and super “personal” questions. 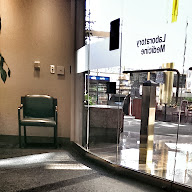 Dad was considered being an average-risk individual, so his first colonoscopy wasn’t recommended until he turned 50. As you might know, 50 was the last birthday he celebrated with us. A routine health screening at his second job set off a series of events that lead to his diagnosis and ensuring fight with cancer. Stage 4 is advanced and the estimated timeline from the doctors put his cancer as undiagnosed for potentially as long as a decade.

I have an annual physical with my newish doctor scheduled for the same week that I turn 25 (this week, if you’re keeping track) and I already have a list of things to talk with him about, topping the list happens to be the uncomfortable topic of my colon and how my dad’s health affects my timeline for preventative screenings.

The Cleveland Clinic has a page on colon cancer here.

While we’re talking medical stuff, I had a student contact me and ask for me to share her survey regarding diabetes and future pregnancy. So if you’re a lady with type 1 or type 2 diabetes, who has never been pregnant, could you take a few minutes and help her out? Here’s a link to her survey.

2 thoughts on “Get Uncomfortable”