If you have ever driven from Cleveland to Chicago (or reverse), you probably know that it doesn’t take anywhere near 10 hours. And the flight is a whole 45 minutes of air time. But Monday, my journey took 10+ hours.

It started with leaving the house 5 minutes before the security system auto disarms, meaning that I set off the alarm, woke my husband and probably my neighbors, as well as scared my cats.

After getting to the airport it got better ( and by “better” I mean worse). I took a seat in the terminal and plugged in my laptop to do some work. I got notice that my flight was delayed 30 minutes.

While I’m working, I feel my nose start to run so I grab a tissue to wipe it. The tissue came back red, turning into a 10-minute, gusher of a nose bleed surrounded by complete strangers. Using up the whole packet of tissues, I finally got it under control enough to pack my things with one hand and take my trauma to the restroom.

Meanwhile, my flight had been delayed two more times. Then again. For a total delay of nearly six hours.

We got to a point of boarding and I was in a seat, making friends with my seatmates when they kick us all off the plane. The windshield had cracked.

They took a plane from an upcoming flight (which I found out they ended up cancelling) and we finally boarded for real… I could have driven from Cleveland to Chicago in that time!

So then we land. Every plane that had been diverted also landed so we all sat on a hot airplane on the tarmac for almost an hour. Causing me to miss my first meeting.

This Chicago view is keeping me company while I work.

But Chicago ended up making up for it. Hopefully getting home isn’t as bad as getting here! 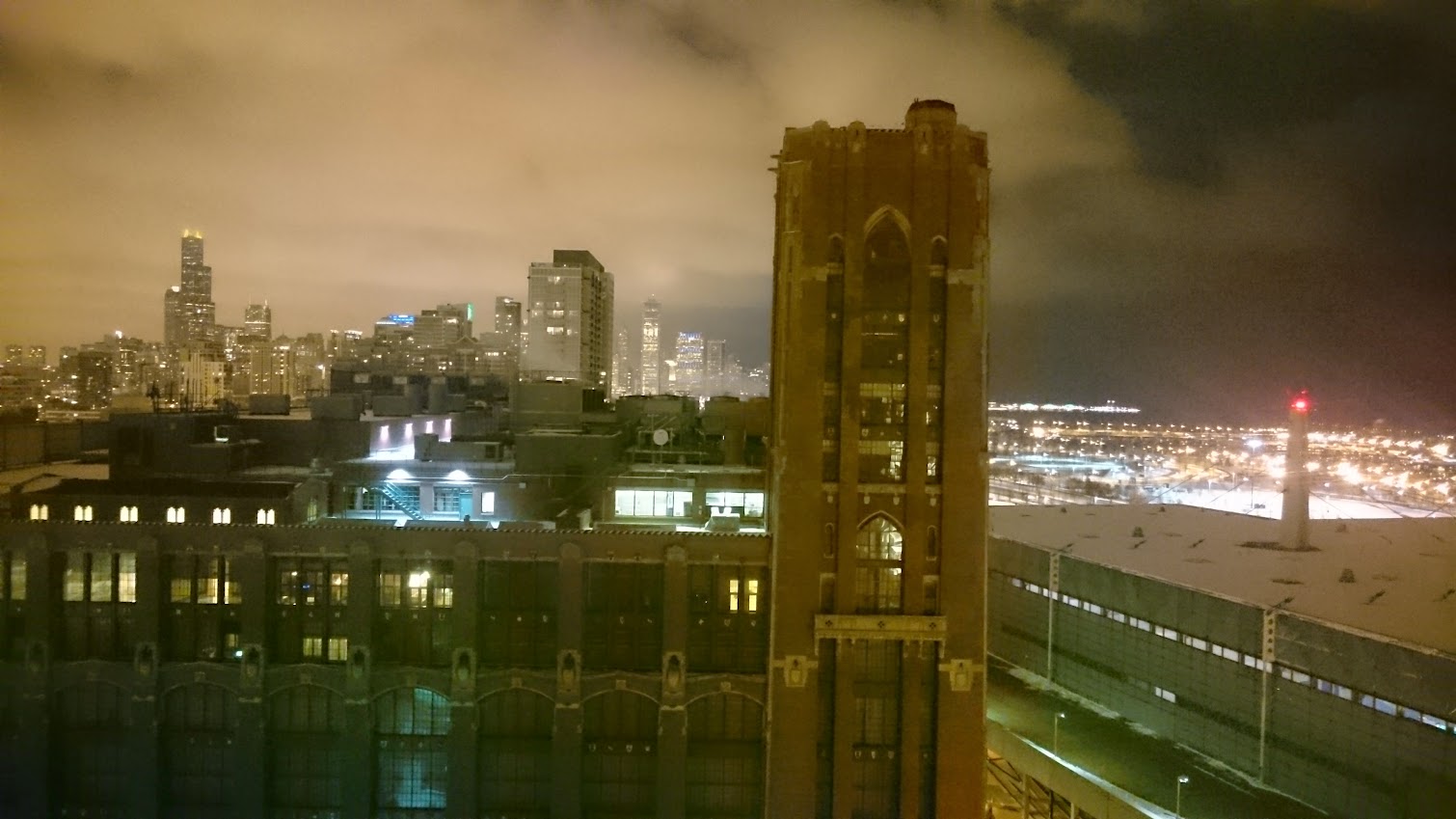 5 thoughts on “Cleveland to Chicago in 10 Hours”