I had my annual dilated eye exam last week, and it was kind of hilarious.

I was unknowingly scheduled for the last appointment of the day. I always schedule this particular exam in the afternoon so that I don’t feel obligated to get back in front of a computer. This meant that I spent a lot of time in the waiting room. My ophthalmologist recently moved from the basement of the building to the 4th floor. The basement was good because the waiting room wasn’t blinding, but the phone reception was not good. So this time I had my phone to occupy the long wait… and an animated toddler.

Sitting across the waiting room from me was a teenage girl and her little brother (who appeared to be about 3). There’s no such thing as a private conversation with a bored toddler, so I learned via unavoidable eaves dropping that their mother was currently seeing the ophthalmologist. And the child was bored. He wasn’t a terror thankfully and could be kept contained to their corner of the waiting room and climbed on all the chairs in the section then announced that he had to go potty.

Upon returning from the bathroom, he resumed climbing the chairs and then promptly announced, “I farted!” before dissolving into giggles.

His sister told him he was gross and was able to entertain him with a game on her iPod for a bit before I heard this conversation:

Child: Can I say hi to her?

Sister: You can say hi to her if you want, but stop staring at her. You’re being creepy.

It took about 0.02 seconds to figure out that I was “her.” So I expected to have a kid come over and say “Hi.” Instead, he stood up on his chair and said, “Hi” in a normal, inside voice. His sister informed him that I didn’t know he was talking to me (I didn’t look up) and asked if he would like to sing a song. They were singing “If You’re Happy and You Know It” when I was called back. Thankfully I didn’t have to have a trans-waiting room conversation with a 3-year-old… because that would be awkward. 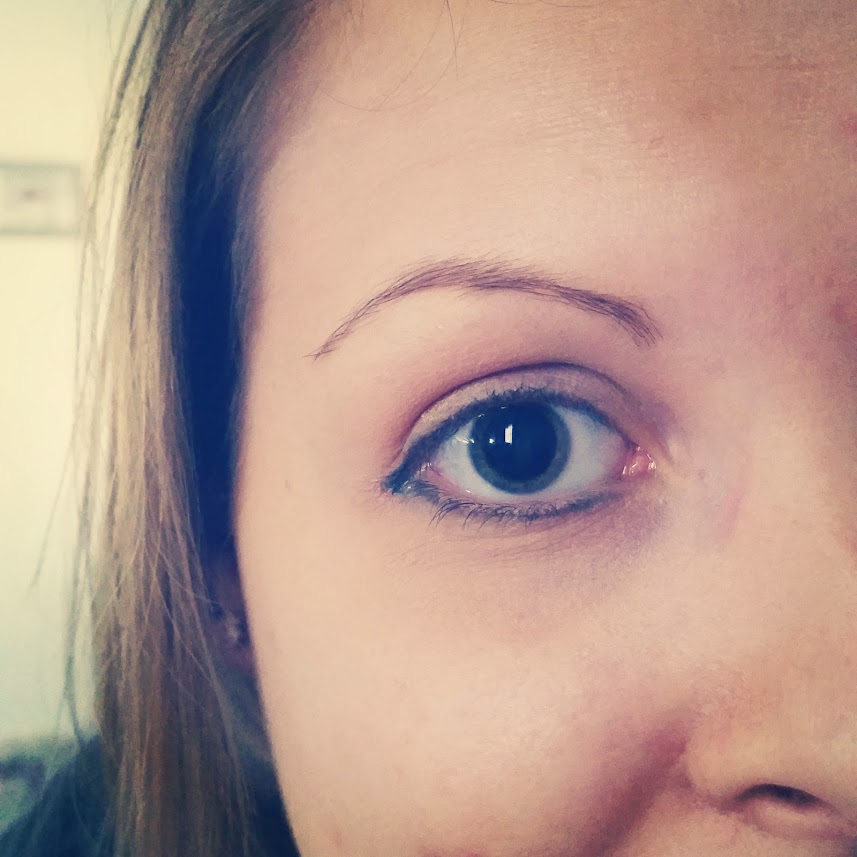 I like my eye doctor (also a Dr. S, this whole initial thing doesn’t work if more than half of your doctors have the same last initial!), I liked the lady who took me back as well. She was very nice, I typically get end-of-the-day bad moods when I’m there. During the interoccular pressure test, the thing brushed my eye lashes and I couldn’t stop myself from blinking. For some reason that really irritated my eyelid and it looked a little bruised near my lash line for the rest of the evening.

When she asked what my most recent blood sugar was (and when) I said, “144, right before I left for here.”

Dr. S came in after my eyes were dilated and I don’t know whether he likes seeing me as a patient or if he was just excited to end the day, but he was in a very good mood and was very happy with my eyes.

“You’re all clear and everything looks good,” he said. “Do we have a date next year?”

When I went to bed that night, my pupils were still dilated, my right one was larger than my left as well. When I woke up the next morning, my left eye was back to normal and my right pupil was just a little bit large… those drops are powerful and apparently the right got more than the left.

I’m pretty partial to my eyes and I’m happy that the one time I had an issue with them cleared up quickly and seems to have not returned. I see my ophthalmologist every September, but I usually go for a contact fitting in the spring and end up getting my eyes checked twice a year (between vision insurance and medical insurance I’m lucky that I can get two opinions each year) and even though the regular optometrist doesn’t dilate my eyes, she keeps watch for bleeds as well.

One thought on “All Clear. See You Next Year!”