Podders have been awaiting smaller OmniPods since before I even started using the system, but I was equally as excited to find out that the smaller pods were approved by the FDA. Here’s the story.

Shortly after the news broke on Twitter and I read up and found out that the timing for their actual availability is projected to be in February or March. It’s like a birthday present to me! As a small lady, I occasionally find my beloved pods bulky and awkward depending on where I place them so smaller is going to be better. Good things = small packages. You know the drill.

The new pods are keeping the 200-unit insulin holding capacity, which I suspect for many users is a relief. I rarely fill my pods with more than 80-90 units of insulin since I hate wasting the precious fluid and average around 20u per day in use (minimum fill is 80u).

The size reduction stats although impressive (30% smaller, 25% lighter), didn’t convey the actual difference to me. By the afternoon the lovely folks at OmniPod sent me pictures and the comparisons were enormously helpful. (Yay!) And said, “sure” when I asked if I could post them. 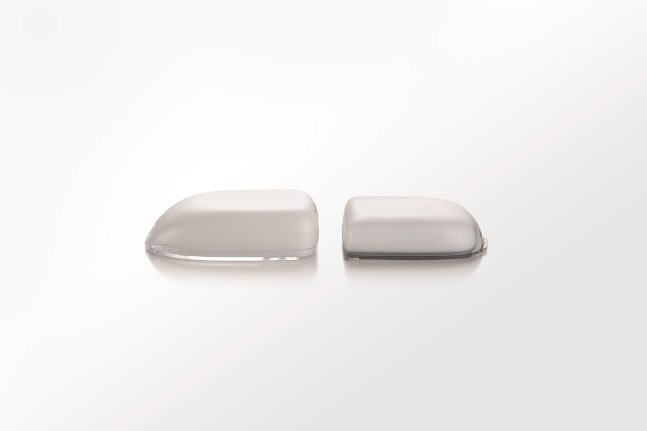 I also noticed a slight shape difference in the new pods that looks like it might help with the occasional bent cannula I’ve ended up with by day 3.

For even more information, Diabetes Mine posted some details that I hadn’t read anywhere else.

*All of the photos in this post were provided by OmniPod.

Why I chose OmniPod

8 thoughts on “The Pods are Coming!”