I had my picture taken with Santa for the first time in my life last night.

I’ll give that a second to sink in….

It gets better. Not only did I get to have my picture taken with Santa, I found out that we’re related. 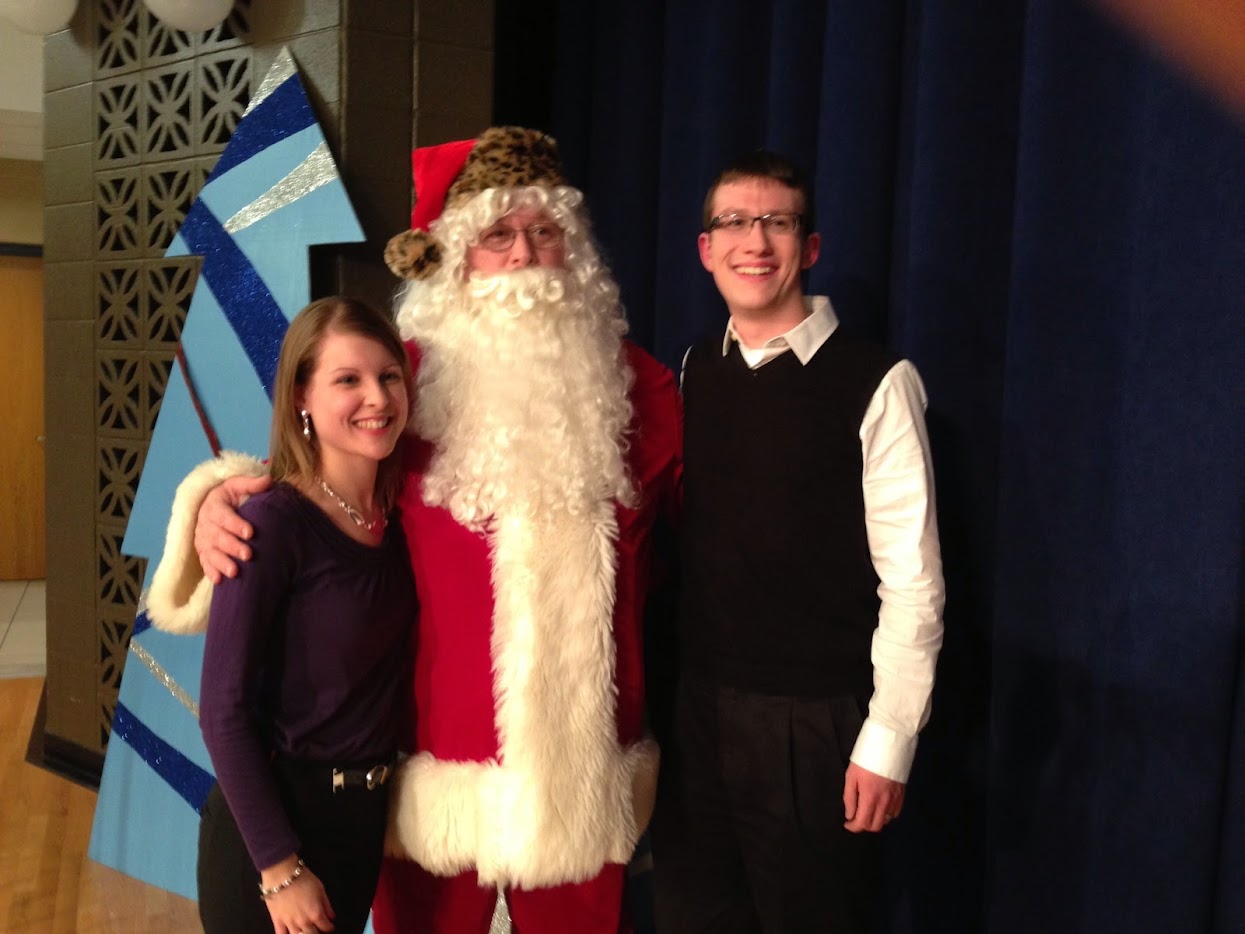 Okay well sort of related, I married his son.

No Friday Five today. I was far too tired last night to write anything.

Why was I tired?

Brad and I left right after work and headed to his high school to surprise his younger brother at his Christmas choir concert. I hadn’t had the opportunity to see my new-ish little brother perform before so it was a good time. We got there early when the students were having a break between shows. The videographer (my mother-in-law) snuck us in before the doors opened and the look on Brian’s face when he saw us was worth the price of admission (and we did get tickets to the show).

The choirs were excellent! The favorite song of the evening was Fruitcake.

My brother-in-law wasn’t the only family member performing on stage last evening, my father-in-law played the role of Santa. He was kind enough to stay in costume after the show so that I could get my first-ever picture with Santa along with many others who wanted the photo op.

I suppose some day if my husband takes over the family business, I’ll have to relocate to the North Pole. (And people think Cleveland is cold!)

We’re doing all sorts of family festivities this weekend including what has become an annual trip to Gervasi Vineyard with my in-laws and then having Christmas with my mom. What are you up to this weekend?