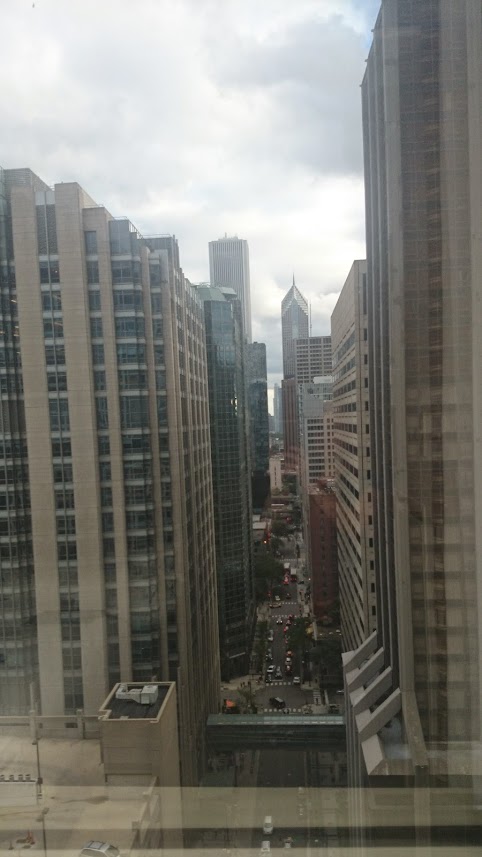 When my flight home from Chicago, where I had been for work part of last week, was booked for September 11th, I wasn’t thrilled, but many assured me it would probably be the safest day to fly.

Being in the airport on the anniversary of the 2001 attacks was an interesting experience. I can’t say that looking at Facebook at all during the day was helpful leading up to my flight.

The number of TSA agents and active-duty military in the airport with me, along with the random hand swabbing, made me feel more comfortable. But when an alarm in the airport went off, I know I wasn’t the only one who wondered if they should be worried. It turned out to be a problem with a door that was eventually solved, and the door fixer received a large round of applause from the terminal.

I left the trade show that I was attending quite early on Thursday for a variety of reasons, the primary one being the wait I expected at security, the other being the line for a cab from the convention center. The security lines were all open and moving quickly and the TSA agents were much nicer than I am used to. Most people were pulled out of line to get their hands swabbed, I was one. The first time a hand swab ever happened to me, I was a little bewildered, now it’s standard operating procedure for me, since I have to ask for a pat down. But after that, I didn’t have to get a pat down, I was sent through the TSA PreCheck line and told that I could leave everything in my backpack. I could keep my sweater and shoes on.

That part went very quickly and smoothly, I went through the PreCheck line behind a young man in a Navy uniform. They were very cautious with bag screenings though, and we both had to wait for our carry ons come through the machine. When I saw the intensity with with they were studying each scan, I felt sorry for bringing such an over-stuffed backpack. But I wanted to avoid having to check a bag if I could. I thought for sure that they would go through my bag, because they usually do when the screen shows my diabetes supplies. But they didn’t.

I may have waiting a long time in the airport, but I’m glad I arriveed early for my flight. I’m glad that the alarm was not something that should have worried me. I’m glad that there were so many service men and women in the airport with me. But if I fly on September 11th ever again, I’m avoiding social media as best as I can. Seeing pictures of planes crashing on that day and seeing snippets of memories of fear and confusion don’t provide for comfortable traveling.

My flight home on September 11th was actually safer and smoother than my flight out to Chicago, when we flew through bad weather.