Since I know everyone is really curious about progress on our house, here’s an update!

All of our drywall is hung and they are finishing the mudding by Monday.

People told us two things about this stage of building: 1. Things will seem to slow way down 2. The house will feel a lot smaller.

Things do seem to have slowed down, but I don’t feel like the house feels smaller, it feels more like a house to me! Brad thinks it seems smaller though. 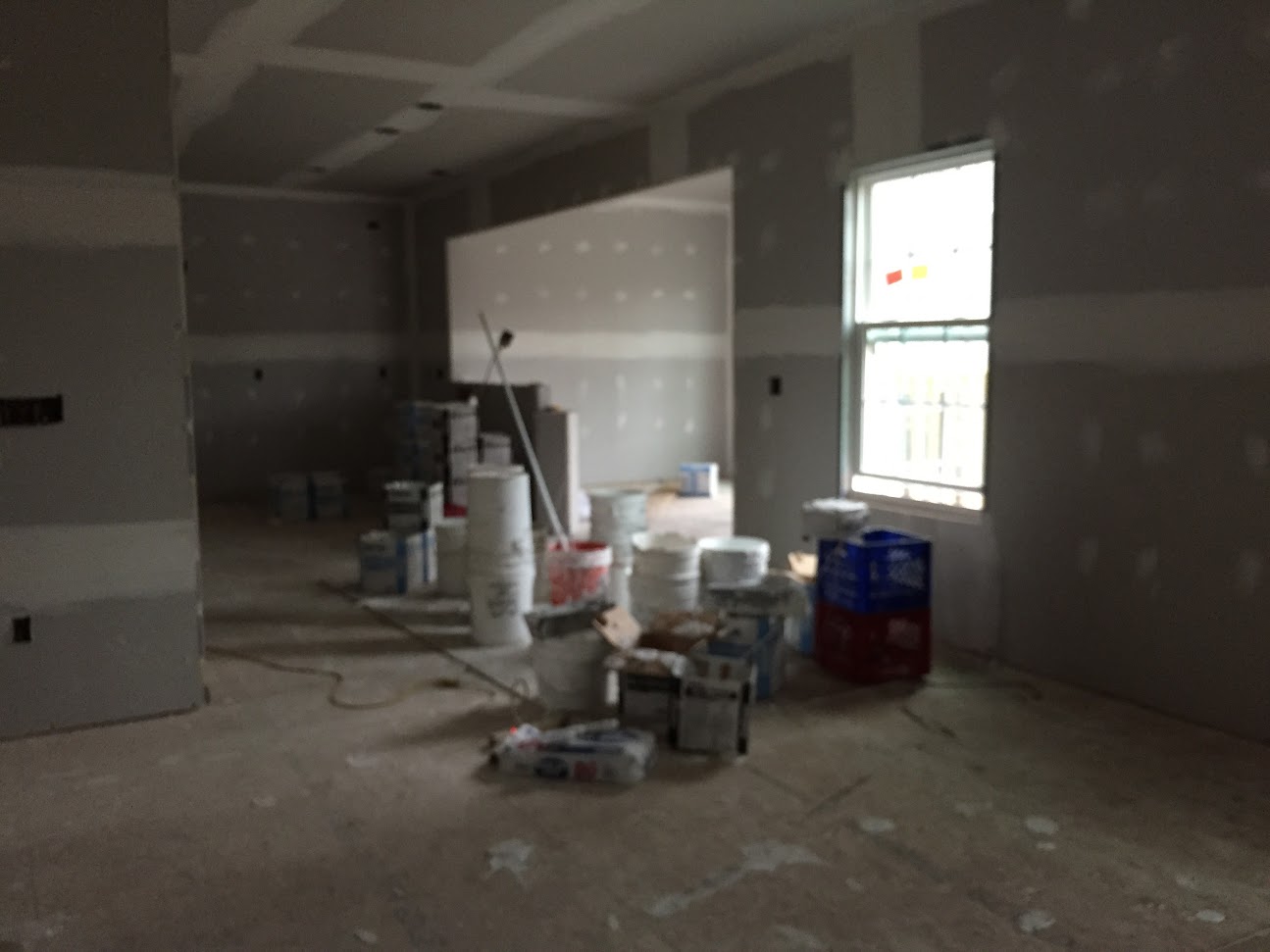 They also poured our driveway and sidewalk. I’m very excited for the concrete, not only because we no longer have to walk through mud and gravel to get to the house, but it was poured in plenty of time for us to put the moving truck in the driveway on the 26th! Even though our paperwork warns that the new driveway isn’t ready for moving trucks, we talked to our project manager and he said that 10 days is the threshold. Apparently you can walk on it after one day and after 10, it’ll be okay to put the truck on it. It was poured in time to give us 25 days. 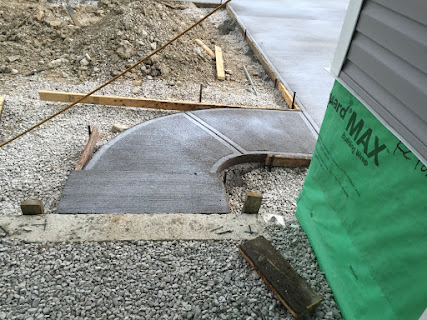 Our elevation and the topography of our lot put us on the edge of needing a sump pump in the basement. They put one in to be safe and I’m very glad that they did. It was raining like crazy when we went yesterday to check out the progress. First we had to go around and close windows because it was raining into the house. They lock the house but leave windows wide open? I don’t get it.

Then, even though our basement work is done, Brad decide to go down there anyway. Thank God for that! He spotted water in the basement, not a lot but some and the sump pump was quiet. We checked and it was plugged into the extension cord (there’s no power to the house yet). 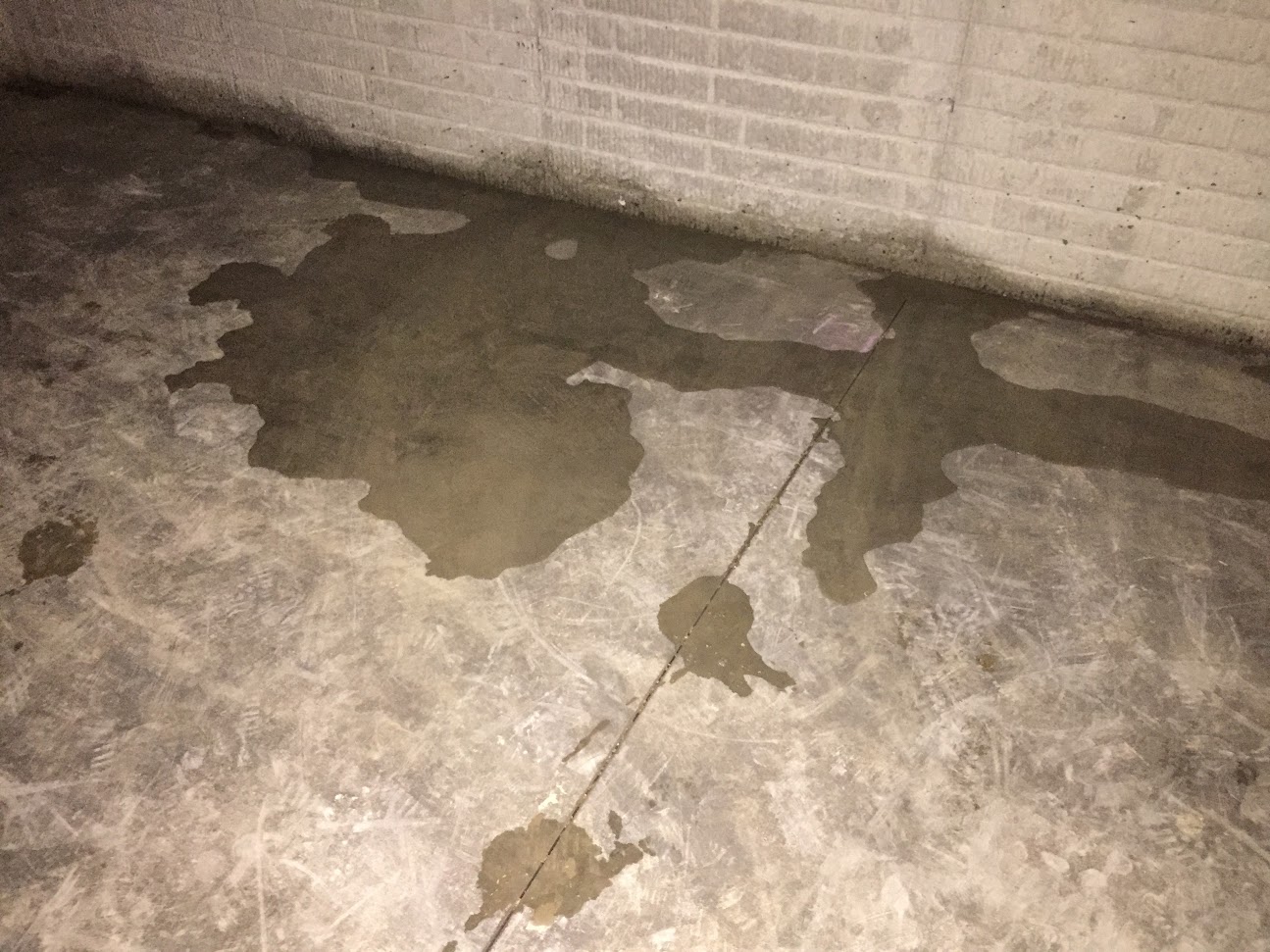 So he trudges through the mud around the outside of the house and follows the extension cord over to the pole between our house and the neighbors’. Sure enough, our sump pump cord was unplugged. So he turned off the breaker, plugged it in and when he switched it back on, the sump pump started working.

We left a message for the project manager about what had happened and he called Brad back. He said that we’re his favorite homeowners and that by plugging in the sump pump, we saved him from dealing with a flooded basement. He had loaned a cord to the drywallers out of kindness and told them to plug everything back in when they were done. They didn’t. He apologized and gave us an update on next steps because the drywall is a couple of days behind.

Our end date is still on track. Which is good because we’re tight on timing since our lease ends on September 30th and we’ve already turned in notice with the apartment and rented a truck.

The brick for the front of our house also arrived, so hopefully there’s a dry day for “the brickies” (as our GC calls the masons) to come out and lay them. I’m now a little nervous about the flint gray siding combined with the brick color we chose… However, there is no changing it so it has to look good, right?

Ryan works with Sherwin Williams color specialists to put together the combinations that we’re allowed to use in the neighborhood, they say we can’t go wrong with any of the options… but the tiny scale that you see the swatches on doesn’t make the choice easier. Brad seems to also be questioning the decision to do brick instead of stone, I really hope we agree. 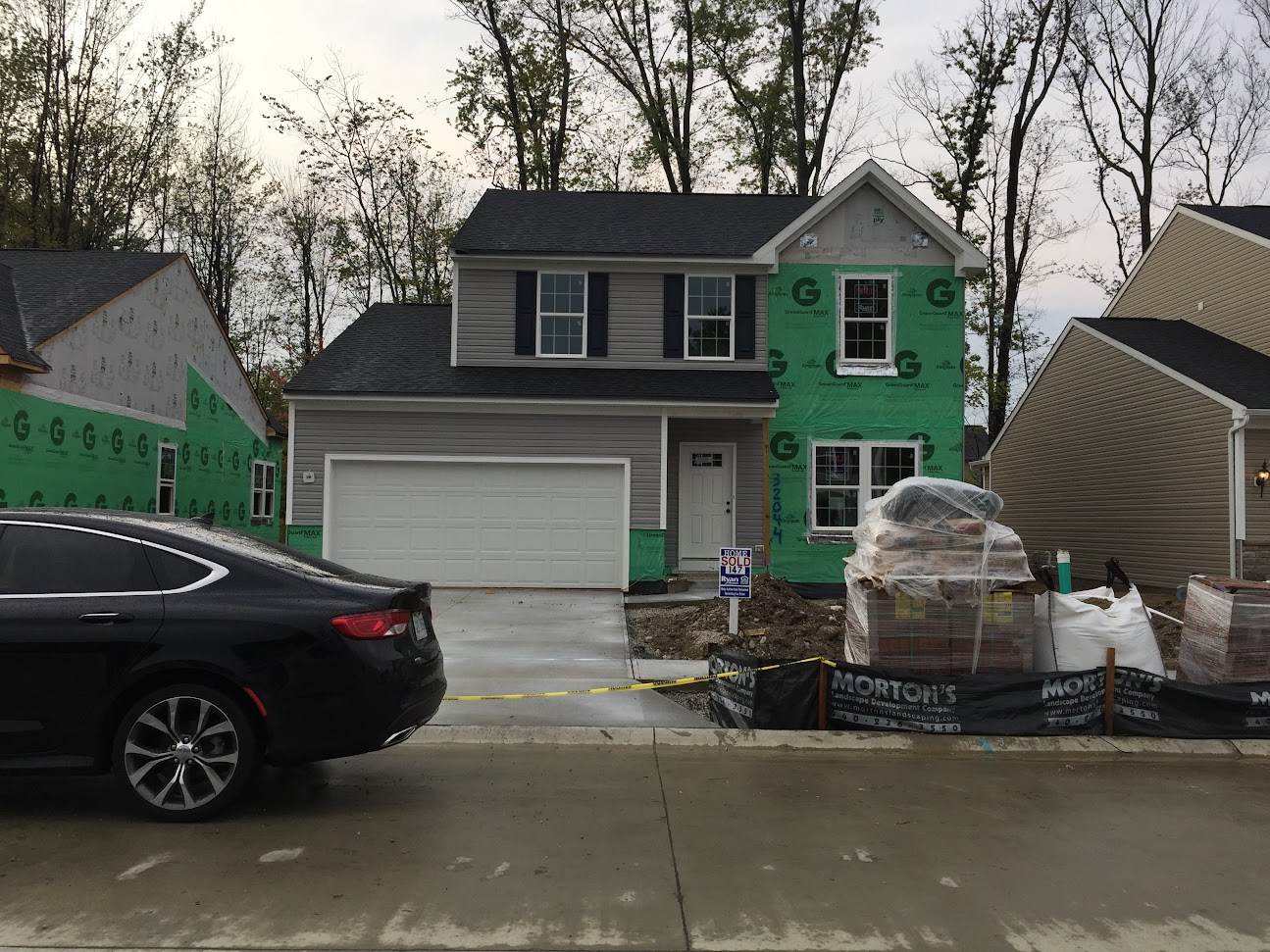 We have a quiet weekend planned for the first time in a few weeks. I’ve been listening to the Air Force Thunderbirds fly over yesterday and today in preparation for this weekend’s Cleveland Air Show. Last year, the Blue Angels were fun to watch, hopefully the weather is good for the events.

What are you up to this long Labor Day weekend?

One thought on “Build Update: Driveway, Drywall and a Dry Basement”