Within the last few weeks, I checked off the rest of Cleveland sports from my Cleveland experiences list… or at least I think I did.

Brad and I had the opportunity to attend a Cleveland Monsters hockey game and the home opener for the Cleveland Gladiators arena football. 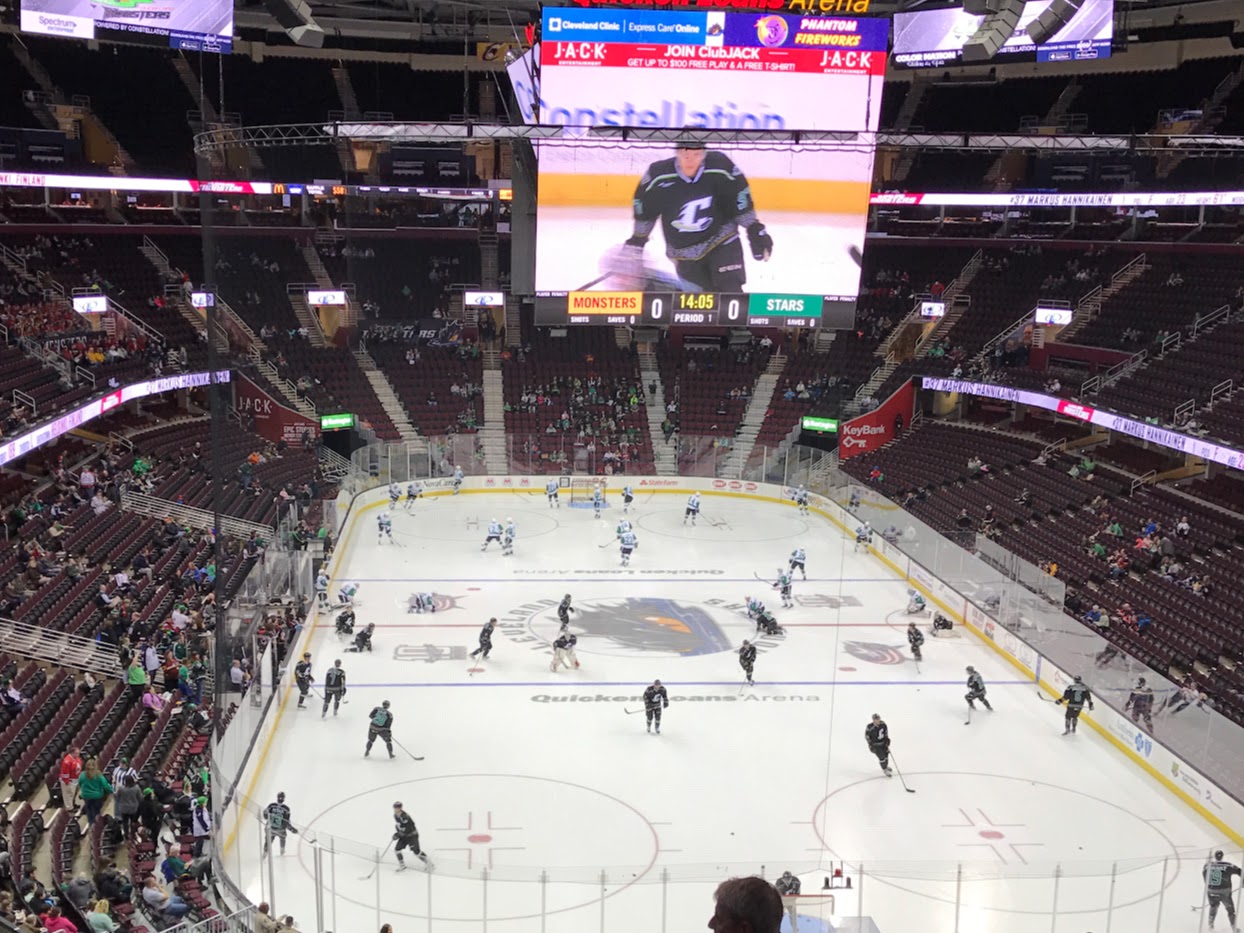 I’d never been to any kind of hockey game before in my life so when a friend invited us to join them at a game in their suite, I got to experience both my first hockey game AND my first time in a suite at The Q. We were spoiled.

The suite experience was nice, fewer crowds to deal with and no one sitting in front of me blocking my view. It also made it easier to socialize with the group we’d gone with. The hockey itself was interesting, the most cheering came from when the players fought. 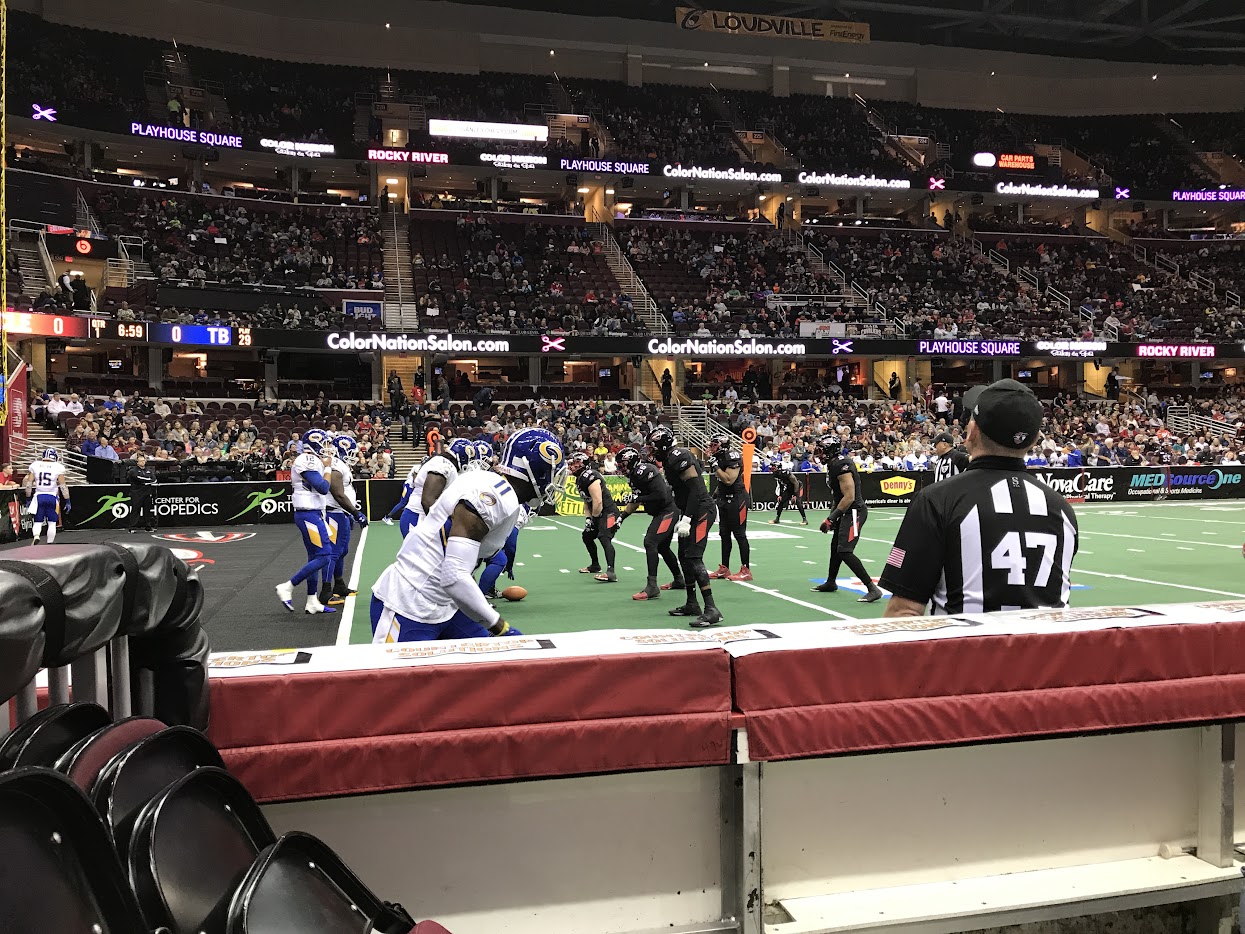 I was given tickets to the 2017 home opener for the Cleveland Gladiators – in the front row! I’d never seen arena football before and let me tell you, it’s exciting … especially up close and personal.

My biggest complaint about traditional football is that is moves so slowly. That is definitely not the case in the AFL! The playing field is much smaller (they play inside The Q) and they move fast. You have to pay attention because footballs and sometimes players frequently end up in the stands. And whatever you catch, you keep. Wait… let me rephrase that, you keep any of the footballs that you catch, if you manage to catch a player, they probably won’t let you keep him.

So regarding my checklist, here are the Cleveland teams I’ve seen live and in action:

Am I missing any? Do we have a soccer or water polo team yet?