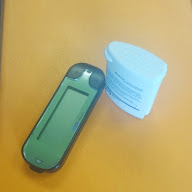 This is where Wal-Mart comes in.  END_OF_DOCUMENT_TOKEN_TO_BE_REPLACED