Father’s Day is this weekend and it’s tough. Every holiday is tough when you lose a parent, but especially the ones meant just for them.

Last year, I thought Father’s Day was rough, but my dad was still here. Dad had been admitted to the hospital on the second day of our honeymoon and we had no idea until the last night of our cruise when we were back in range of U.S. cell towers. He was still in the hospital on Father’s Day, but I got to call him and talk with him. This year I can’t.

A couple of weeks ago, I ventured into the card aisle on a mission for birthday and sympathy cards during lunch. I like to think that I’m pretty good at shopping for sympathy cards, I know what words brought the tiniest bit of comfort to me and I know that glitter is never appropriate (it’s like fake cheer). While walking through the aisles of cards, I ended up in the Father’s Day section. I thought for about two seconds that I could pick up a card for my father-in-law while I was there… I couldn’t even pick up a card without feeling like I was going to burst into tears. Reading with dad at a very early age

Although nice, none of the commemorative ornaments, Relay for Life luminaries or photographs can take away the ache associated with missing your father.

No one tells you that sometimes you’ll forget he’s not here. No one tells you that it takes a ridiculously long time for a headstone to be made and placed and when that finally happens, it’ll hurt all over again. No one tells you that removing your parent’s number from your phone’s contacts will make you sad for days. Sometimes I get in the car to go home from work and have the urge to call someone, but the person I really want to call is not here anymore. During my last semester of college, I lived at Mount Union and commuted to my internship in downtown Cleveland three days a week. The typically 1 1/2 hour commute, was often lengthened by rush hour traffic, so I used to call my dad and chat with him on my way home. During those times, he was usually home alone while my mom was at work and since he was a people person, I figured that he’d enjoy the conversation. I had a similarly long commute when I first started my current job so I’d call him and catch him up on what I was doing. Occasionally I’ll call a family member or friend on my, now much shorter, drive home. It’s nice to catch up, but it doesn’t take the place of those calls.

I’m sad that my dad isn’t a part of what’s happening in my life now, but I’m also grateful that he was able to be there for so much. I was a senior in high school when my dad was diagnosed with stage four, metastatic colon cancer. He was at my high school graduation, he was there when I moved into my dorm, he was at my college graduation, he walked me down the aisle and he was here for me when I got my first job. My dad was there for me in those big moments and his cancer was just along for the ride. 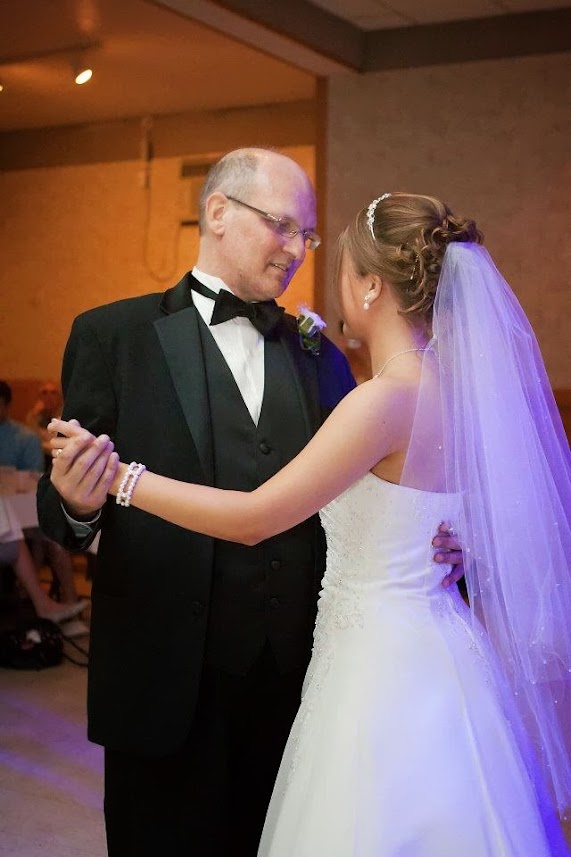 Giving tribute to your dad on Father’s Day is wonderful, but you should treasure him and the role that he plays in your life all year long.

7 thoughts on “Treasure Your Father”