“There’s such a thing as a tater tot festival?”

This is the question I answered over and over again when asked what my plans were for last weekend. My plans included the Cleveland edition of the Tater Tot and Craft Beer Festival. 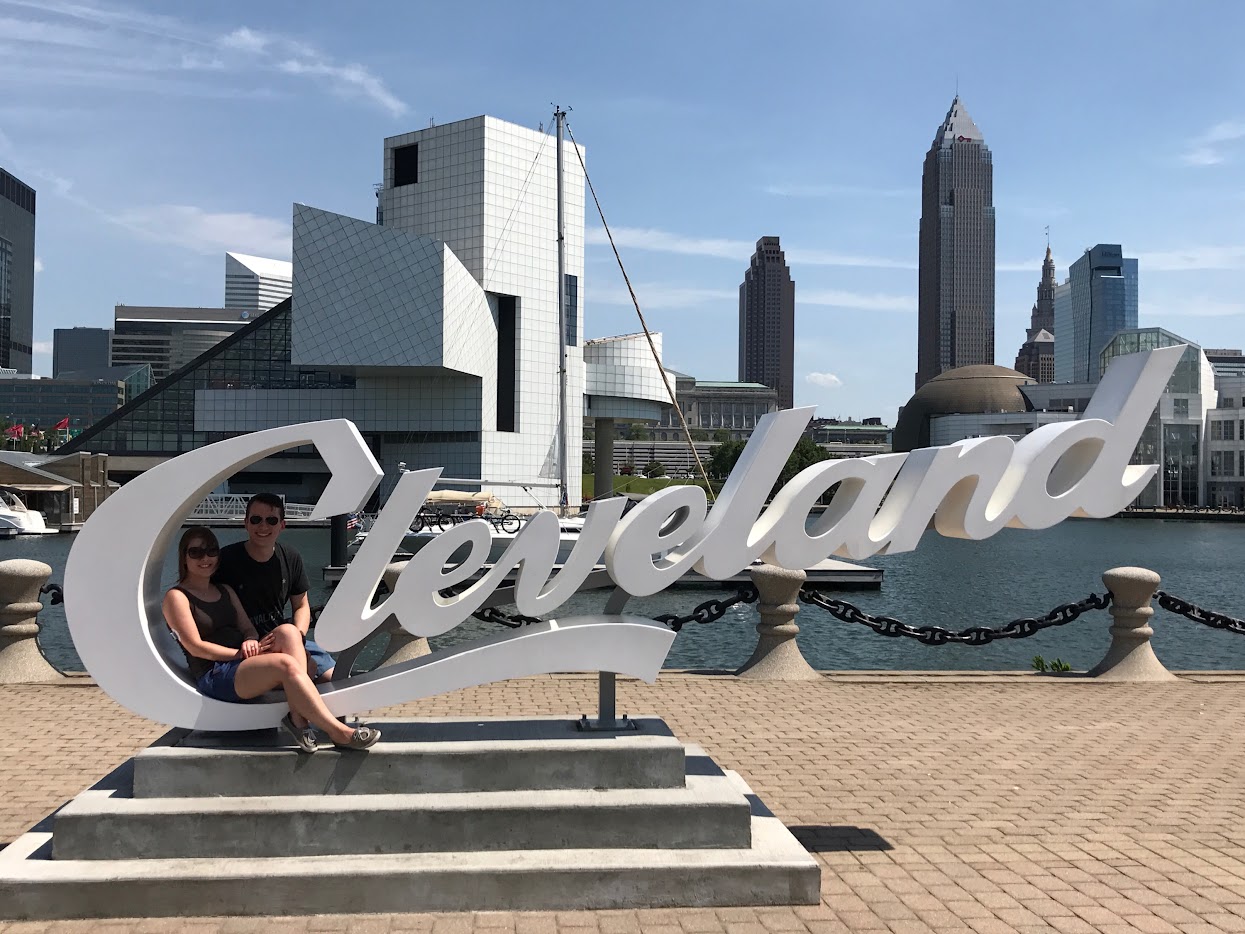 Brad and I first learned of this event while we were patiently waiting on my mom’s testing while she was in the hospital from her heart attack. At the time, it seemed like a great diversion, so we got tickets with another couple. Once all the stress of April was over, we forgot about it for awhile and then the weekend finally arrived.

The festival took place from 1-4 pm on Saturday the 10th at Voinovich park on Lake Erie. They limited it to 1,000 tickets, 21 and older only. With a general admission ticket, we received a beer tasting passport, a cup for 3oz samples and as many tots as we wanted… until they eventually ran out. 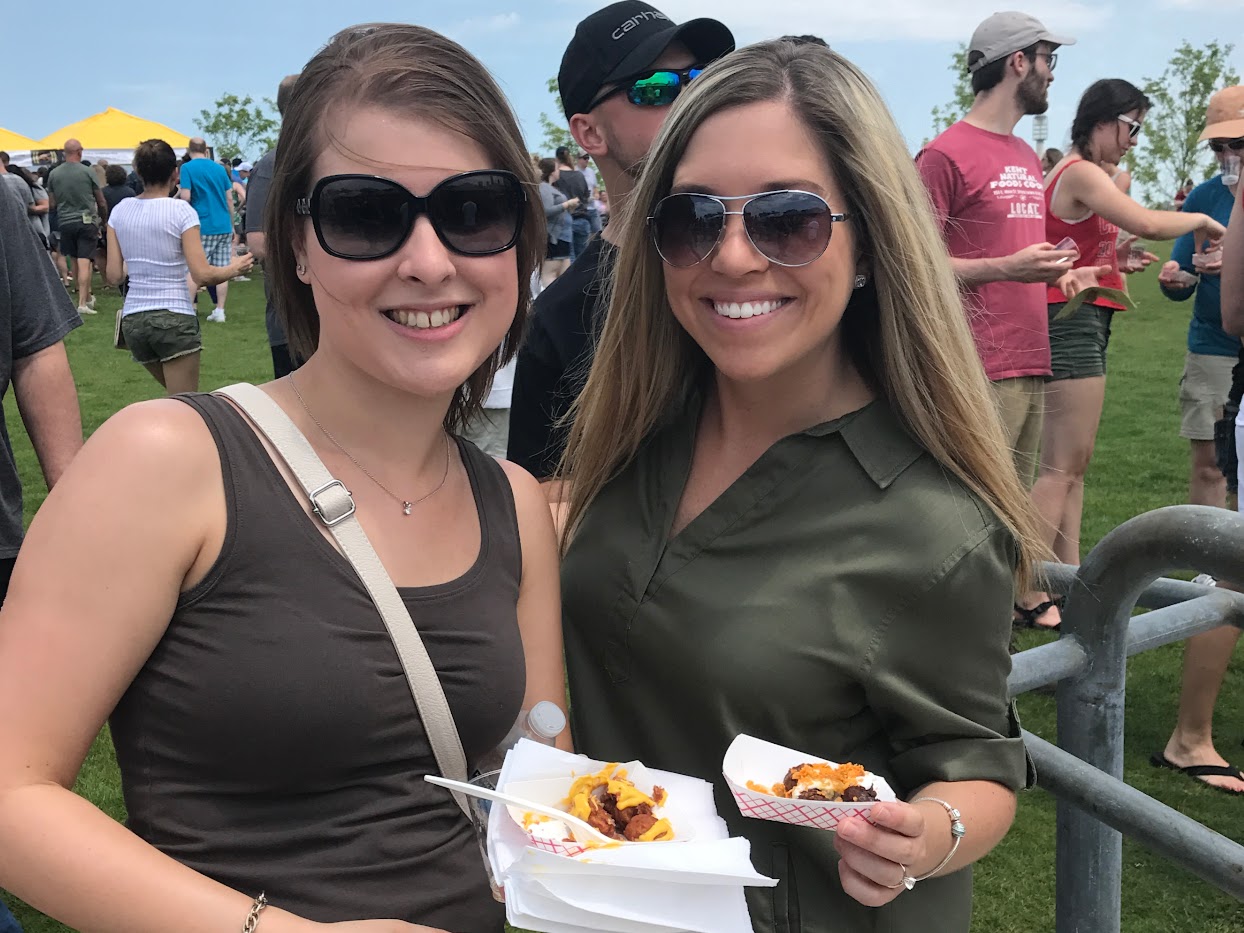 The headlining feature of the tater tots were handmade tots, nothing from a bag you’d find in the freezer section. The tot offerings included: 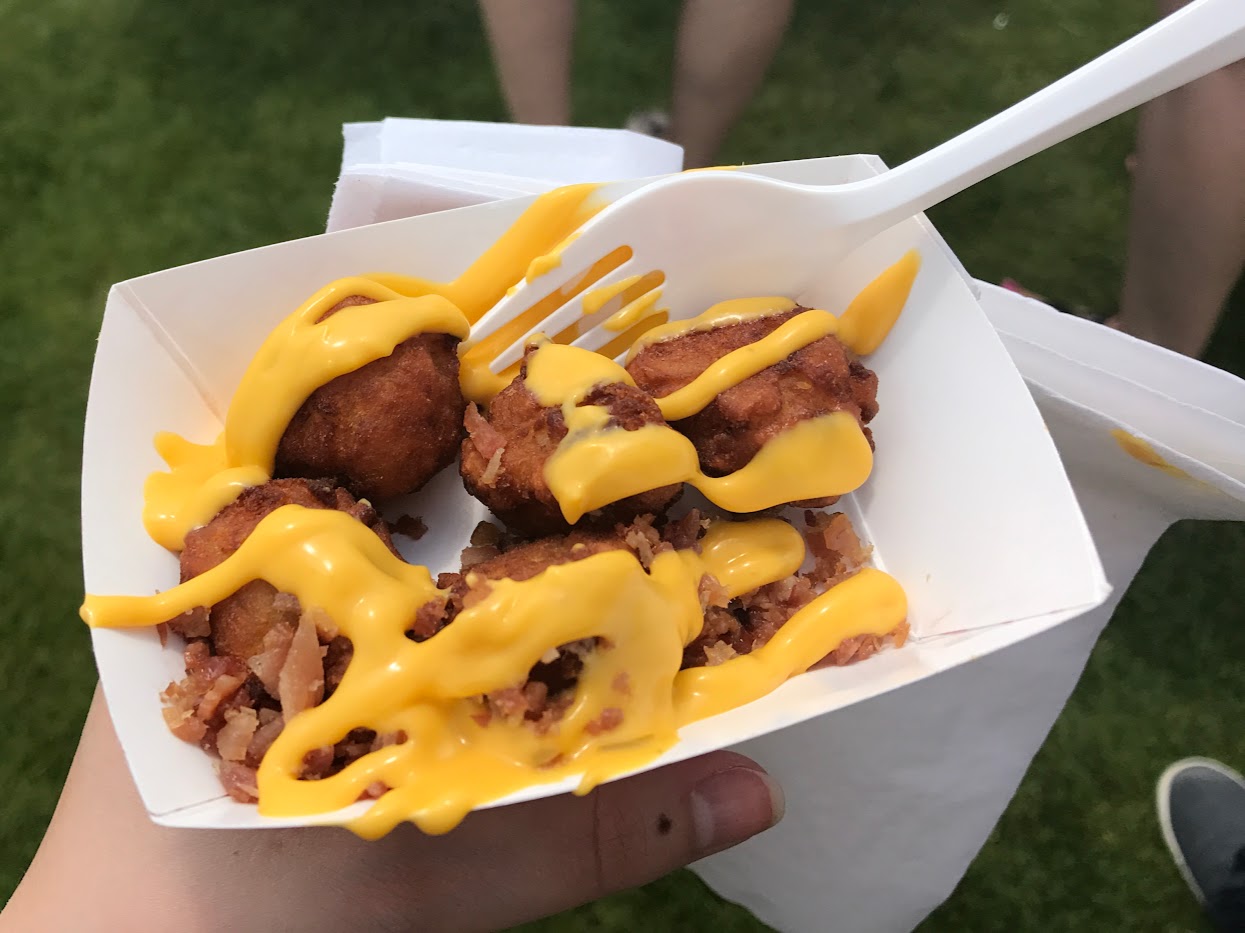 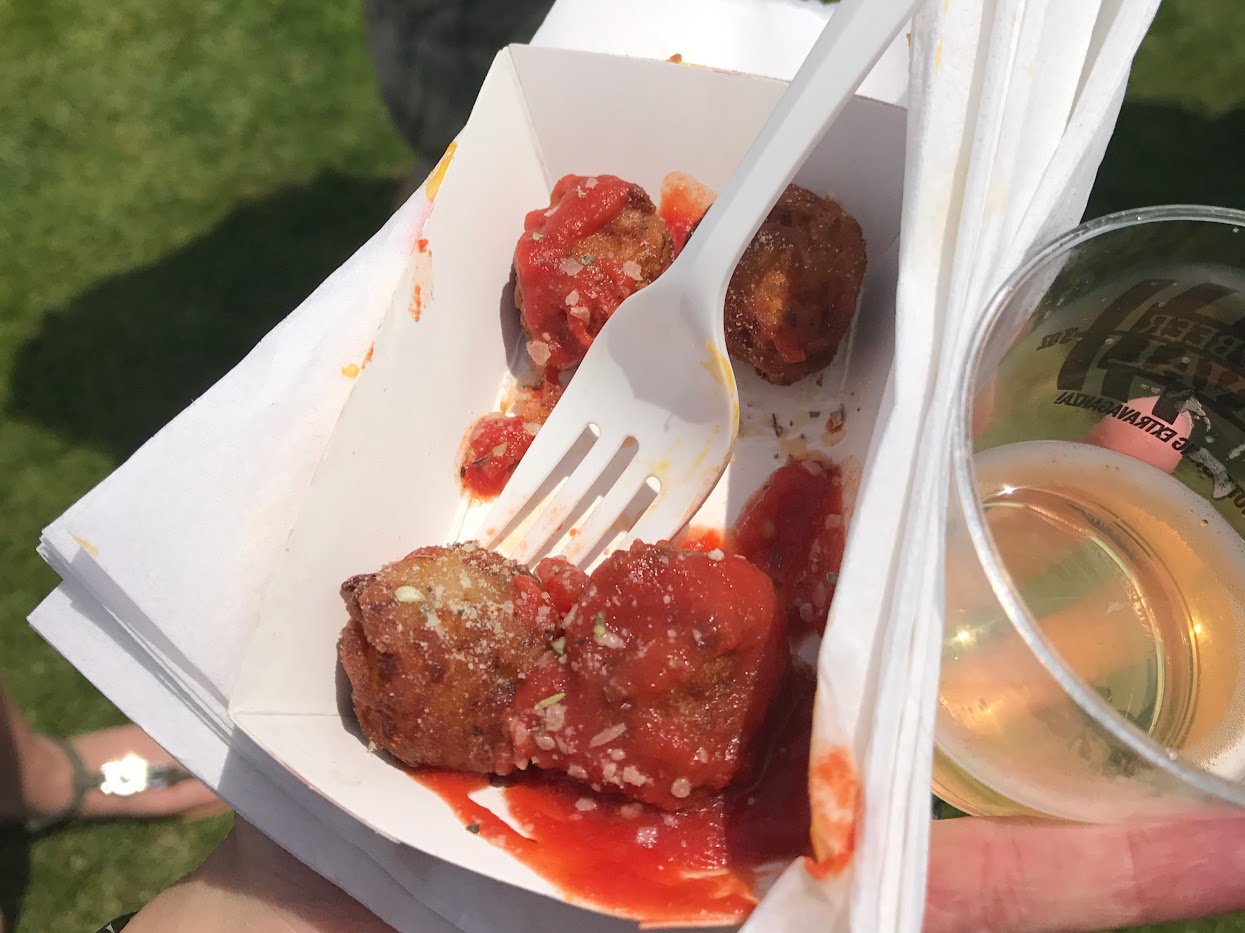 My favorite, and clearly the crowd favorite because they ran out of them in the first hour, were the pepperoni pizza tots. They were made with pepperoni mixed in with the potatoes in the tots and topped with seasoning, marinara and cheese. The Bacon and Jalapeno Popper varieties rounded out my personal top three. Each tent served tots in a little boat with anywhere from 4-7 tots in it. 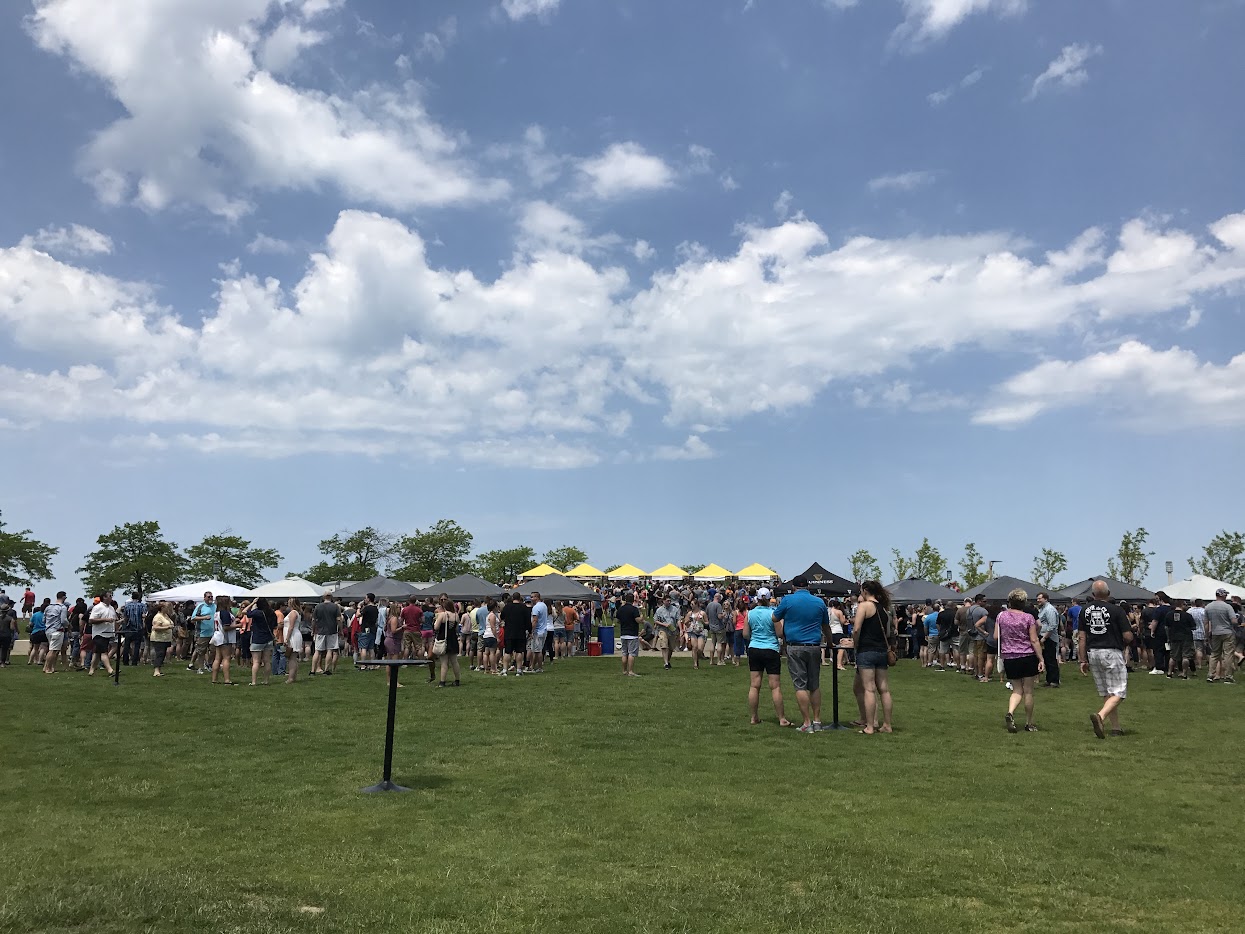 The Cleveland festival featured 21 beer vendors by my count and 42 types of beer (2 from each). Most of them were offering at least one IPA; ales and lagers were abundant as well. One vendor served cider even though the event info said there wouldn’t be cider… it was delicious.

Overall, we enjoyed the festival. We drank some good beers and ate some good tots. We had great views and it wasn’t terribly crowded. Having “beer” in the festival name could be a concern, but no one got drunk and rowdy which was nice. People were very pleasant.

Not everything was perfect though. There was not live music as noted on the event, there was a guy with a Macbook and some speakers. The tall tables for chatting and eating/drinking were not used much because they weren’t near the tents serving. With the small portions, we followed a pattern of get a beer and go stand in a tot line, get your tots and go back to a beer line. It was a festival of waiting in lines, even though the lines moved well it would have been nice to have some tables between the beer lines and tot lines. Some of the beer got warm so your samples became mostly foam. My biggest complaint: They ran out of tots. If one whole kind of tot runs out in the first hour, there wasn’t enough planning. By 3:15 they were packing up all the tot tents because they ran out of it all. The tents actually blew over when they were packing them up. The ticket price of nearly $40 would make one think that there would be plenty of food available. 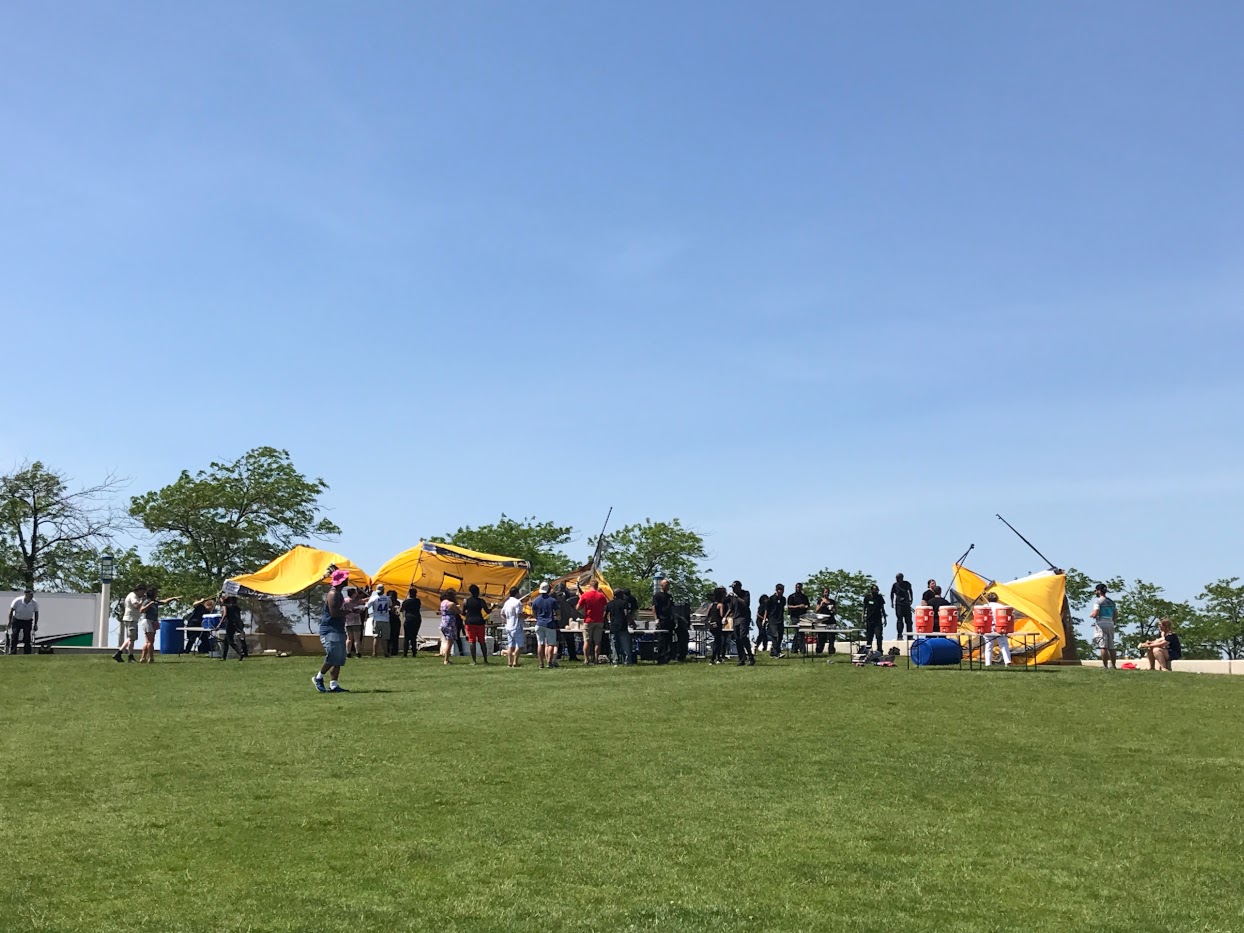 If you just read this post and thought… “Rachel really shouldn’t be eating tater tots and drinking beer, she has diabetes!” I have one hashtag for you #bolusworthy. I consider my carbs and if it’s not worth the insulin, I don’t put it in my body. It’s good to enjoy life and sometimes that include enjoying some carbs!

What would your tater tot pick or creation be?

One thought on “Tater Tots on Lake Erie”