The wheel on our snowblower has a diameter of 13 inches… which means there were more than 13 inches of snow on our front yard yesterday. 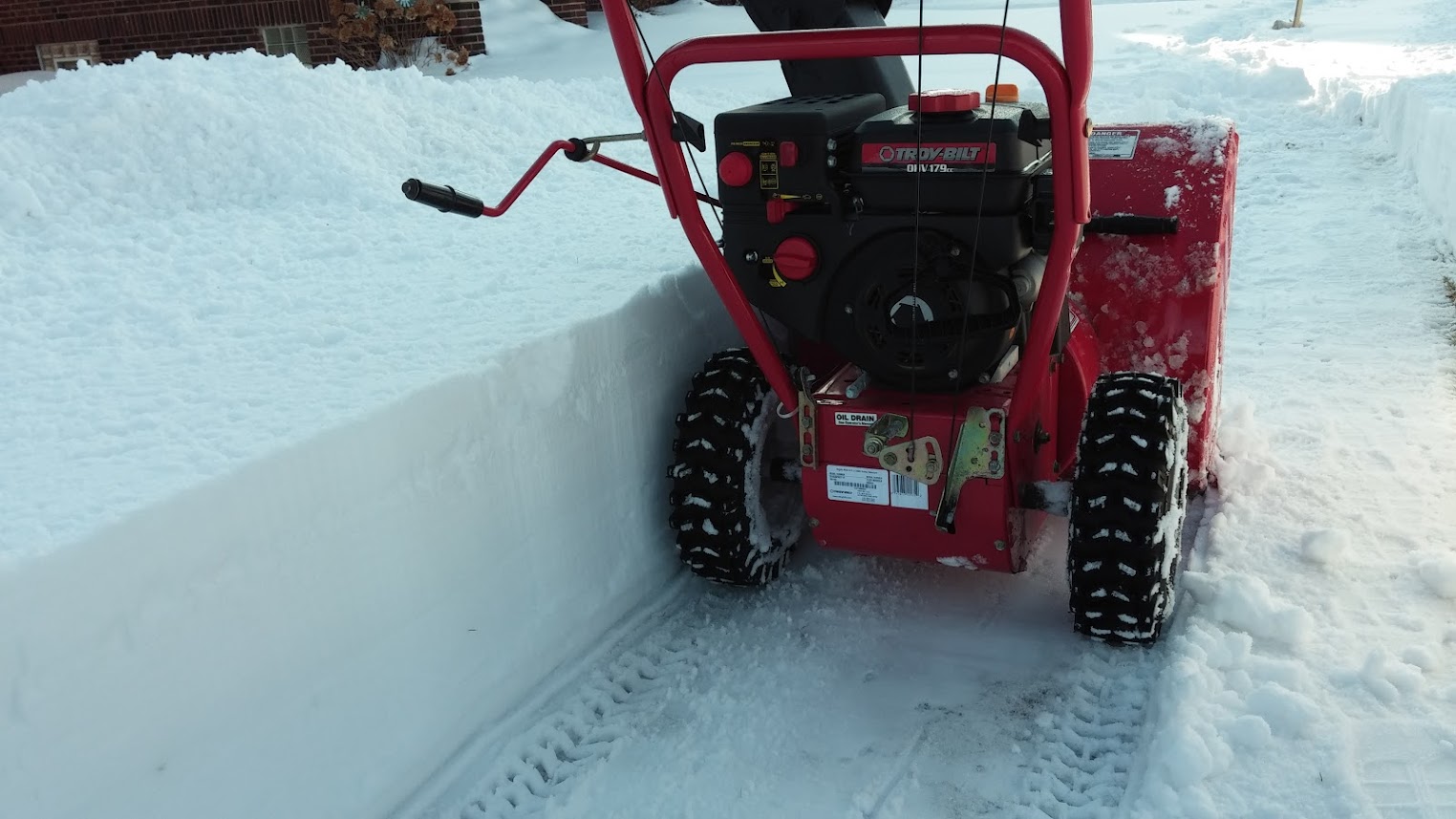 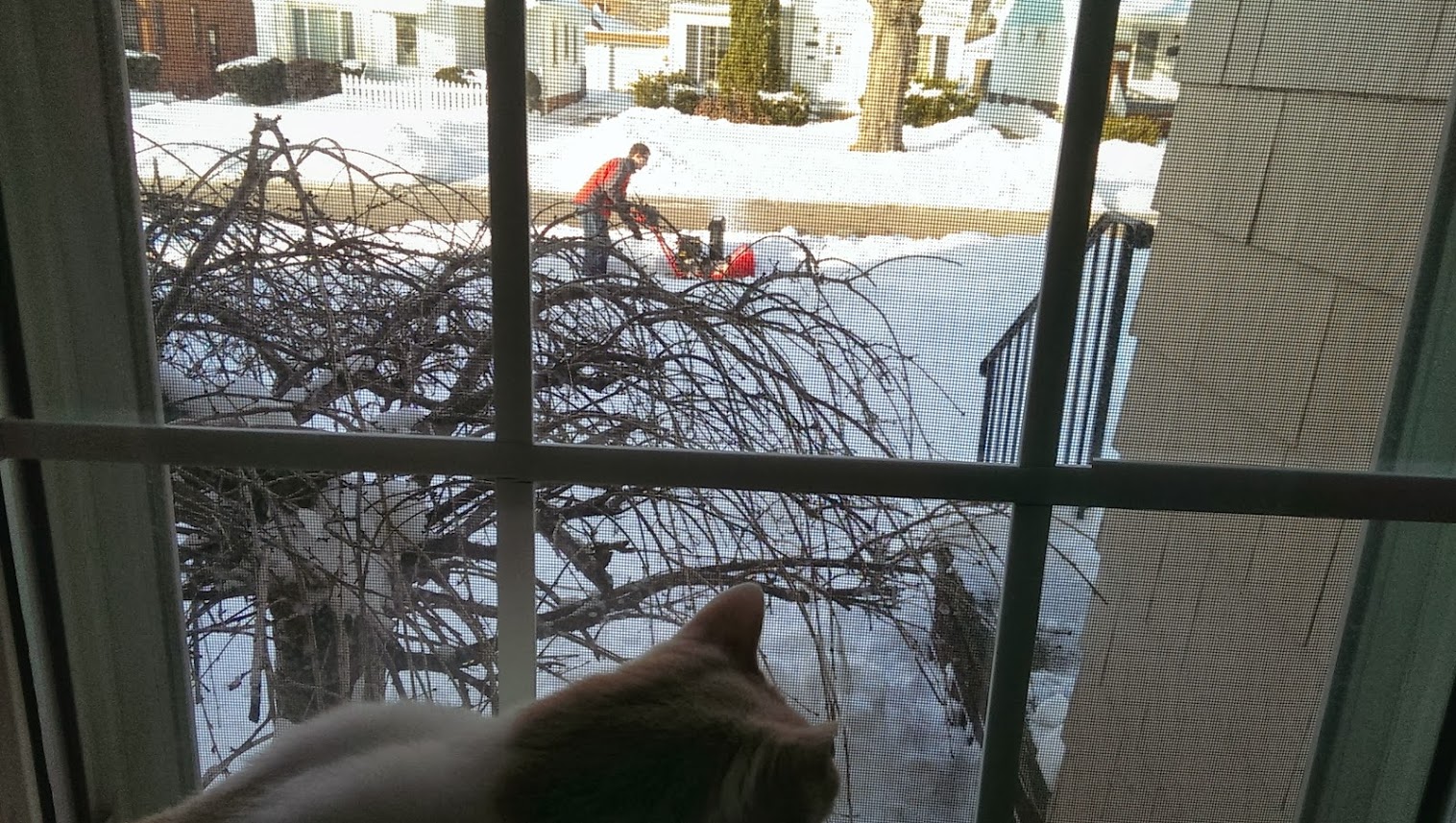 Yesterday my car said it was 86 degrees on my drive home. The sun was shining and when I arrived home Brad was mowing the lawn and our weeping cherry trees had spontaneously blossomed. I’m kicking myself for not taking a picture of the trees to show you all today, so look at the tree below and think about two of them that are about 4-feet-tall.

This is a weeping cherry tree {Image via Tree Facts}

Our house was actually quite hot inside so we switched on the air conditioning. Holmes and Watson curled up near the living room vent most of the winter so they were at first shocked to find the vents blowing cool air. Holmes sat with his nose to the vent for a good hour last night: 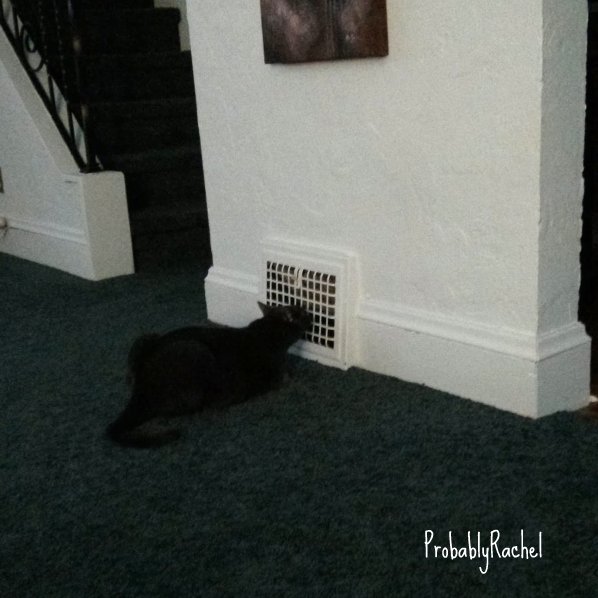 Real life has prevented me from blogging as much as I’d like to this week. Hoping for some more time to post next week. 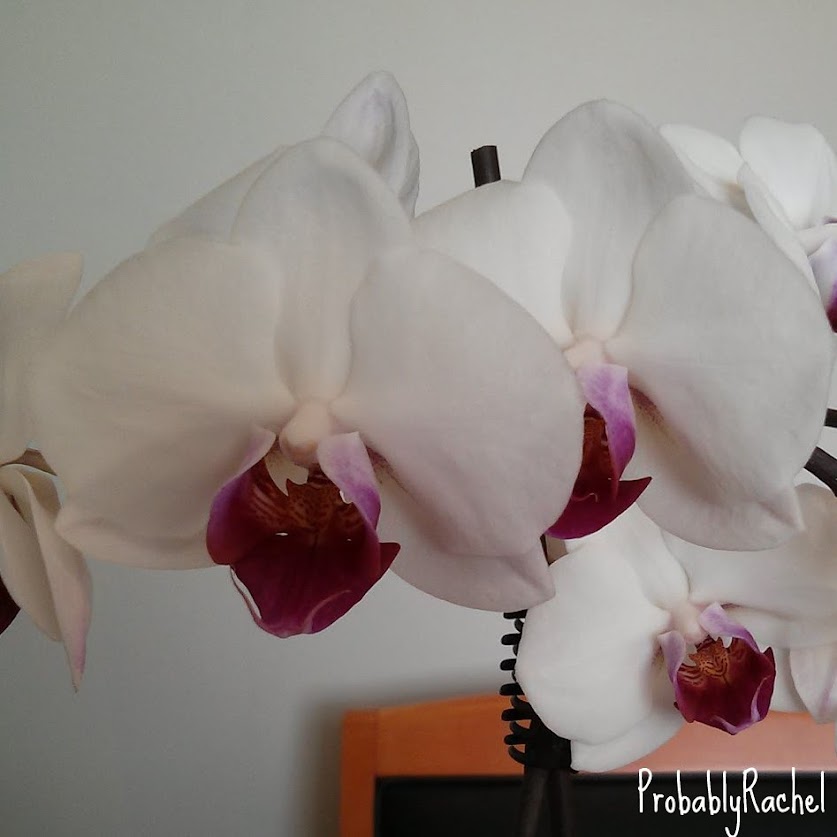 We aren’t very far into April and I love it already!

1. Yesterday it was 23 degrees outside when I woke up. On my drive home, my car read 58 degrees. And the sun has come back!

2. Things start popping up that say “back for the summer” even though we just welcomed spring.

3. Daylight and grilling outside are both back.

5. I’m preparing for our trip out west, which means mounting excitement.

What’s good about April for you?

I’m sure you’re all sick of hearing about the storm, but it’s at the forefront of our minds right now.

I woke up this morning in a  warm home that had power. I made the drive into work to a warm office that has power. Considering what things are like for the rest of Cleveland and those on the East Coast, I’m very blessed. Before I launch into some new grown up things I’ve learned from being affected by a hurricane all the way in Northeast Ohio, let me first say a couple of things.

1. Drive with your headlights on. Not only is it safer it’s the law. In Ohio, if you have your windshield wipers running, your headlights should be on. It’s been a few days since we’ve seen the sun here, so turn them on so we can see you! Seriously. Be safe.

2. Traffic lights that are out become ALL WAY STOPS. Got that? People get hurt when you ignore traffic laws, so be patient, be considerate and follow the law please.

Last evening we went out in the weather and got our normal weekly groceries and made our normal monthly stop at Costco. When we returned home, we had some very anxious kitties. They didn’t like the wind blowing, the rain hitting on the windows or the other strange sounds. They seemed much calmer after we’d been home for a bit.

Being first time homeowners, we made some plans of what to do if we lose power. We charged up our phones and laptops, then before heading off to bed, Brad took a walk around the house and checked all of the windows and doors for leaks. We haven’t had crazy storms since moving in, so he figured after a couple of days of rain, it’d be worth checking out. He found a minor leak in the glass block beside the front door that can be easily fixed once it’s dried out.

I didn’t get much time to assess for damage this morning. We have a disconnected downspout, but the downspout is still attached, my pumpkin is still sitting on the front porch so I suspect not much has blown away. This morning was supposed to be trash collection so all of the bags and cans that were put out last night blew down the street. That’s probably the most annoying thing is being careful of garbage in the streets.

Some schools were canceled, but being an adult means that you get in the car and go to work if you can. Brad woke up to an email informing him and his colleagues that today would be business as usual. The commute in was rough, not entirely due to the weather, but due to the other drivers who got confused by traffic lights not working. There were downed branches and street closures, half of the traffic lights on my route were dark and there were about half as many cars on the road than usual.

It’s a quiet day in the office, but things are getting done. I know it’s not over. Watching the live stream of Lake Erie waves tells me that it’s not over. But I’m hearing about people already getting some power back, so I’m hopeful.