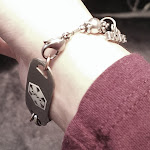 Today is World Diabetes Day. I’m wearing blue, are you?

For those who have, or love someone with, diabetes I have some goodies to share!

Remember awhile ago when I shared with you about the LEVEL Life glucose gels? (Way back in March)

Well the company, which is actually named LEVEL Foods has expanded its product lines with protein shakes and bars that help keep blood sugar level. I love this graphic from levelfoods.com showing how the gels raise low blood sugar and how the shakes and bars support healthy levels.

When I was offered the opportunity to try these new products out, I responded right away that I’d love to! Not long after, my box arrived. Coincidentally, I had some level issues of my own when I opened my box. 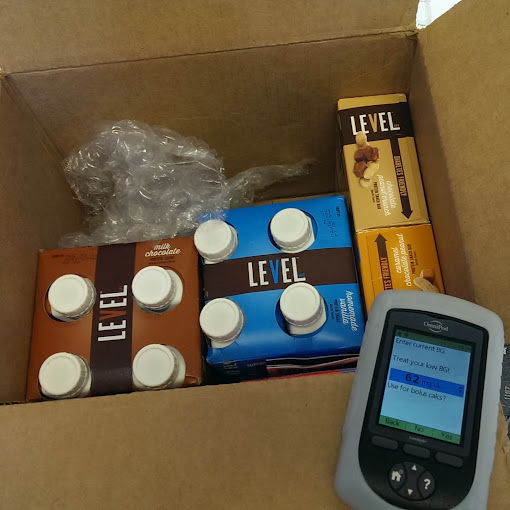 “I never realized your diagnosis was so dramatic.”

“It didn’t really hit me how sick you were until I saw you at your dad’s funeral. You looked so small.”

My offline friends have said those things to me when they realized how serious diabetes is.

My immune system attacked my pancreas and I basically experienced organ failure. The best part is… the symptoms were all there and we didn’t catch them. My doctor didn’t catch them! She’d already called in a prescription for nausea medication to the pharmacy while waiting on the results of the pregnancy test that ultimately saved my life.

When those test results came back and Dr. P walked back into the room with her face very serious and sat down next to me on the exam table, I knew something was wrong, but not how wrong. Before anything else she wanted to know if I was there alone. I wasn’t. They sent a nurse to the waiting room to get my mother-in-law, who also knew that there was something seriously wrong. When she and I were talking about it recently she said to me, “I’m surprised they even let me drive you to the hospital instead of sending you in an ambulance.”

I was hospitalized for three days, I was hooked up to monitors, tubes and tested regularly. But when people hear I was diagnosed with diabetes, they didn’t (and still don’t) realize how serious it was.

I’m lucky that I was diagnosed. I’m blessed to have a husband who made me call the doctor instead of letting me sleep. I’m grateful to be alive.

Diabetes is serious. Sometimes I joke about it or I try to make living with diabetes look easy, but I work harder to stay healthy while living with type 1 than I work on anything else in my life. Diabetes doesn’t give vacation time. END_OF_DOCUMENT_TOKEN_TO_BE_REPLACED