I received these products free of charge in exchange for a review.

One of the ways I manage my type 1 diabetes is by controlling the carbs that I eat. I limit each meal to a certain number of carbs and try to keep my snacks as low carb as possible. 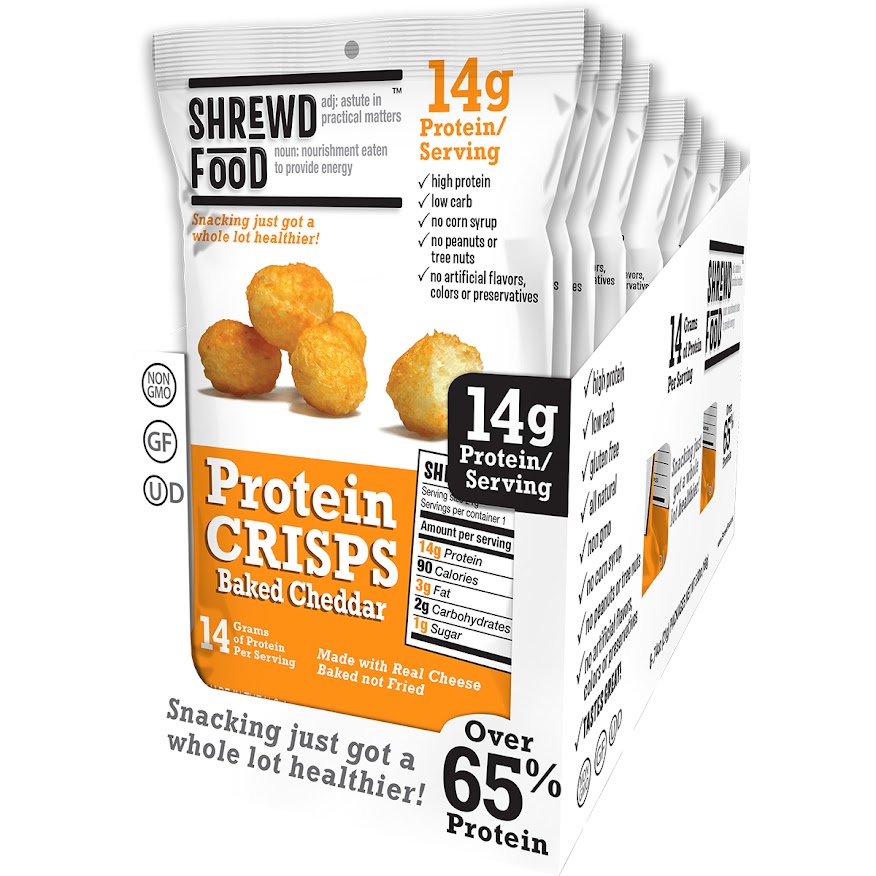 So, I jumped at the offer to test out and review Shrewd Food’s‘ protein crisps. A low-carb, crispy, cheesy snack? Count me in!

They sent me three flavors:

I was able to attend JDRF NEO’s Type One Nation Summit this year and it was refreshing to be in rooms full of people who deal with the same things I do. I don’t have much in-person contact with other people who have type 1 so I often feel like the weird one in the room.

This year’s keynote speaker was mountain climber Will Cross. Will has climbed mountains on every continent, walked to the North Pole, walked to the South Pole and submitted Everest – all while living with type 1 diabetes. It was an inspiring speech. I tweeted some highlights from the DiabetesMine account.  END_OF_DOCUMENT_TOKEN_TO_BE_REPLACED

I worked at my last job for nearly 7 years. I started in July of 2011 and was diagnosed with type 1 diabetes the next month. So everyone knew that the new girl had diabetes. It was just normal and I didn’t have to think twice about things, everyone just accepted it.

On top of all of the things related to starting a new job – adjusting to a new commute, working in a new office, getting to know new colleagues and learning about a whole new industry – I had to make a few decisions about diabetes. I decided that being the new girl was enough to deal with that I wasn’t going to put it out there right away to my new coworkers.

It’s not a secret, if you Google my name, this site comes up, along with my Twitter feed and some of my work with DiabetesMine. I’m not going to great lengths to hide it, but I’m also not broadcasting it. END_OF_DOCUMENT_TOKEN_TO_BE_REPLACED

I have a history of very vivid and weird dreams. I’ve heard of others with diabetes having strange diabetes dreams and even stranger dreams when a low blood sugar is involved. In more than 6 years with type 1 diabetes, I hadn’t experienced a diabetes dream… until the other night.

I woke around 2:00 a.m. to my Dexcom alarming low, so I checked my blood sugar and it was 66 mg/dL. A little low, so I treated with a marshmallow from the bag on my nightstand (don’t judge what you don’t understand) and ended up slipping back into sleep. I can’t remember everything about the dream I had next, but here’s what I do remember… END_OF_DOCUMENT_TOKEN_TO_BE_REPLACED

There’s a heroin epidemic in my home state. Drug addiction is a sad and serious problem in our country that is getting a lot of media attention. This crisis has had an unexpected impact on people who live with diabetes.

Because after insulin, laughter can be the best medicine, those of us with diabetes make jokes about it, specifically type 1s like me who have to inject either regularly or occasionally. We joke about being high, we joke about shooting up to keep from getting high and we joke about being insulin addicts. All of which are true but out of context could sound bad.

However some of the actual realities of this disease have lead to mistaken identity in some cases.

Three things happened in the course of one week over the summer that prompted me to write this post.

Needles on the Playground END_OF_DOCUMENT_TOKEN_TO_BE_REPLACED